Ah, it is summer, which means "potato salad".  Lots of potato salad.  I once worked with Kroger on developing an Amish-style potato salad and one of the challenges was just coming up with a formulation that was different enough, yet familiar enough.  What I mean by that is basically that everyone has their own potato salad recipe, so you needed to appeal to familiar but be just different to get people to try it.  Tough balance.  Some potato salads are very "mustardy", others not so much, they are more mayonnaisey, others are sweeter, some not so much.  I don't know which I like best...my mother-in-law makes an awesome potato salad, I'm not sure that she really follows a recipe.  I think my grandmother's potato salad remains my all time favorite.

Here are 5 recipes, 3 of them are Amish, 1 is Brethren, and the other is my Grandma's, hopefully one of these will entice you enough to try! 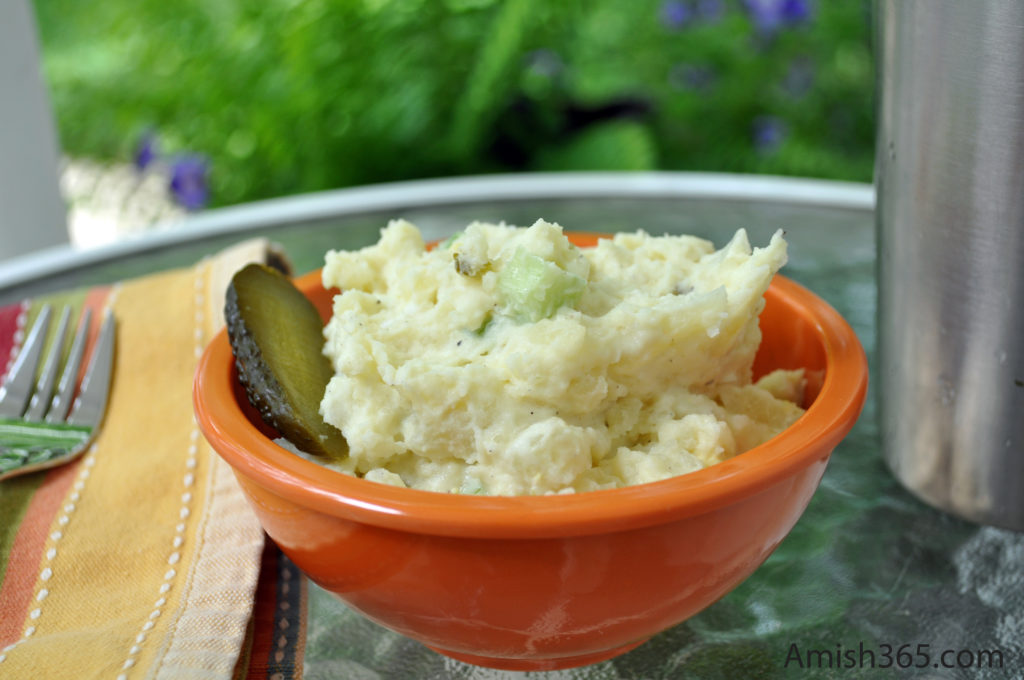 ROSANNA'S POTATO SALAD  (this one features shredded potatoes which allows for a more melded flavor pattern, this one is good!)

GRANDMA MARY'S SIX SPOON POTATO SALAD -  This is my Grandma's recipe, supposedly she used six spoons formulating every batch so she could taste and re-taste, I think she probably used more spoons than that!  Click here for this wonderful recipe!