Ah, restaurant chains....Love or hate them, they are woven into the fabric of American culinary culture.  Personally, I'd far rather visit the offbeat dive where pie crusts are still made by hand and soup from scratch.  But the convenience and consistency of the chains make them irresistible.  Chains come and go and some that I frequent often include ones like Cracker Barrel, Bob Evans, Smashburger, Chipotle, and local chains Frisches and LaRosas.  There are other chains, however, that are still plenty alive and kicking, but I don't go there anymore.

APPLEBEE'S:  I used to visit this one all the time.  When I was single and in my early 20s, I'd meet a friend of mine for some beer and appetizers once a.week, and he and I'd talk about our lives, women, jobs....the friend and I still keep in touch, but I don't think I've been to Applebee's maybe once in the past 15 years.  Their food just seems too "canned." 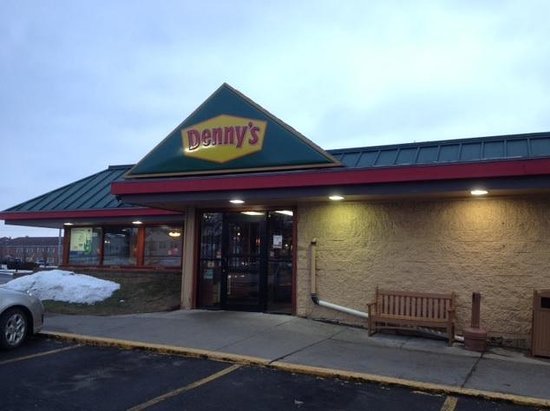 DENNY'S:   Part of the reason I don't go here anymore is that they've closed locations close to me.  How odd is that?  When does a Denny's ever close?    There was a Denny's close to where my wife and I got married in Zanesville, Ohio, so I guess Denny's will always occupy a spot in my memory as the place I ate on my wedding morning.

PANERA BREAD:  Okay, I am going to put this one on the list.  We used to go here a lot.  Aster loved the mac & cheese and yogurt tube.  And I loved their fountain Pepsi. For some reason, the fountain Pepsi tastes so good here.  It's the only place where, in my view, Pepsi trumps Coke.  But this restaurant is so darn expensive for a family of four.  We can easily go in there and come spending $35 which, in my view, is an awful lot for just a step above fast-food.

FAZOLI'S:  This is a fast-food "Italian food" chain and, man, I WOULD still go to this one. I think my kids would love it.  But the location in my hometown closed.  It was sort of a "poor man's" Olive Garden, and also a fast-food version of Olive Garden and, geez, yeah, I'd be eating there with my kids all the time if there was one still in town.

BOSTON MARKET:  This is another chain that used to be in my hometown.  Actually, I think it was a Boston Market, which closed, which became a Fazoli's, which closed, which is now a PNC Bank.  SIGH, am I that old where I can remember that many incarnations of a building?
So, are there any chains that will make your list of ones that are still around but you don't go too nearly as often?  Olive Garden would deserve an honorable mention on my list, I don't go there nearly as much as I used to, ditto for The Melting Pot (a great fondue restaurant, but super expensive and you pay more to cook your own food)