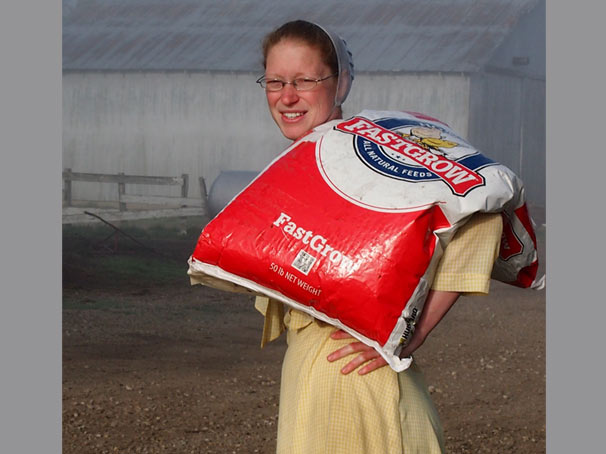 Rosanna on the farm, she does it all...lifting bags to baking biscuits

For newcomers here, Rosanna Bauman is our "Just Plain Kansas" writer.  She is German Baptist Brethren, a Plain sect similar to the Amish but a bit more progressive. I forget how old Rosanna is. I think she is 27 now.  She is a writer, teacher, farmer, entrepreneur, daughter and runner.  I have a deep admiration for her scrappiness yet ability to stay within the bounds of her faith.

Her column, Just Plain Rosanna (formerly Plain Kansas), tackles issues of farm, family and food.  It is usually posted here on Fridays, but Rosanna had a really busy week and she doesn't turn something in unless it is of the highest quality (as an editor, that is really appreciated...I hardly ever have to touch her work)  So Rosana's column is delayed this week, but I thought it'd be fun to do a Rosanna-themed "Friday Favorites."   Here are five favorite Rosanna recipes from over the years. Enjoy!

ROSANNA'S SKY HIGH BISCUITS:  Rosanna muses about biscuits and shares an easy recipe for her absolute favorite. Yum! Click here for the recipe. 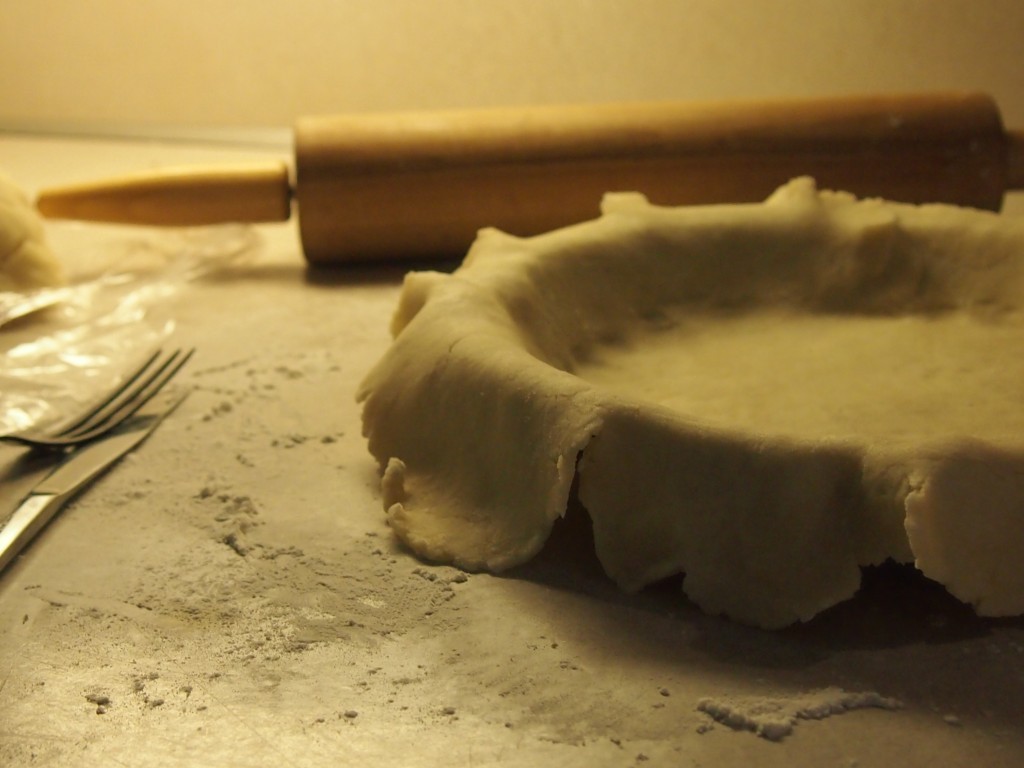 WOW POTATO SALAD:  This potato salad is the star of any Brethren church gathering.  It is the shredded nature of the potatoes instead of chopped that Rosanna cites as the secret. Click here for the recipe.

FRIED DANDELIONS:  Hard to believe it is that time of year, but here we go! Rosanna shares her recipe for homemade, fried dandelions. I think I did try the recipe shortly after she shared it and they weren't bad (really, is anything fried bad?)  Click here for the recipe.

ROSANNA'S PIZZA PIE:  Yum....Rosanna's homemade pizza and sauce.  You'll want to try this one! Click here for the recipe.