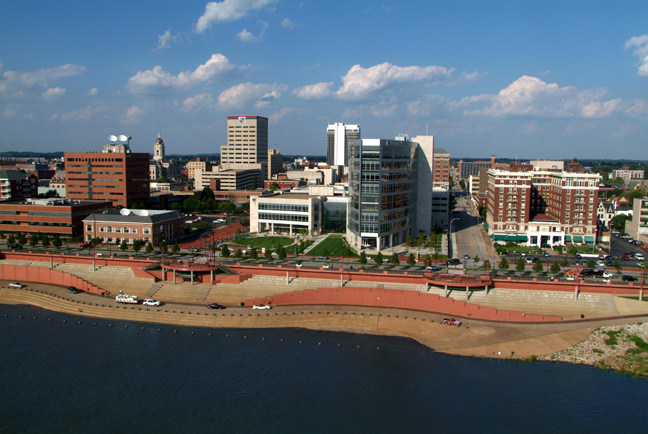 During my 25 plus years exploring Amish settlements I have been to 48 states and Canada and criss-crossed the country chronicling Plain communities.  I remember most places I’ve been, the Plain and the non-Plain.

Evansville, Indiana is a city of about 120,000 tucked away in a sparsely populated corner of the state.  Weird because it's not a tiny city, yet you rarely ever hear Evansville come up in the news as often as similar sized cities like Wichita, Kansas, or Dayton, Ohio; or Peoria, Illinois or Bangor, Maine.  I guess Evansville just stays out of trouble or splashy headlines.  It's such a quiet, non-descript city, I wonder if I'll hear from anyone who reads this...does anyone have any Evansville thoughts to share with me?

Not sure what made me think of Evansville this morning, but I'll share some random thoughts about this unassuming city: