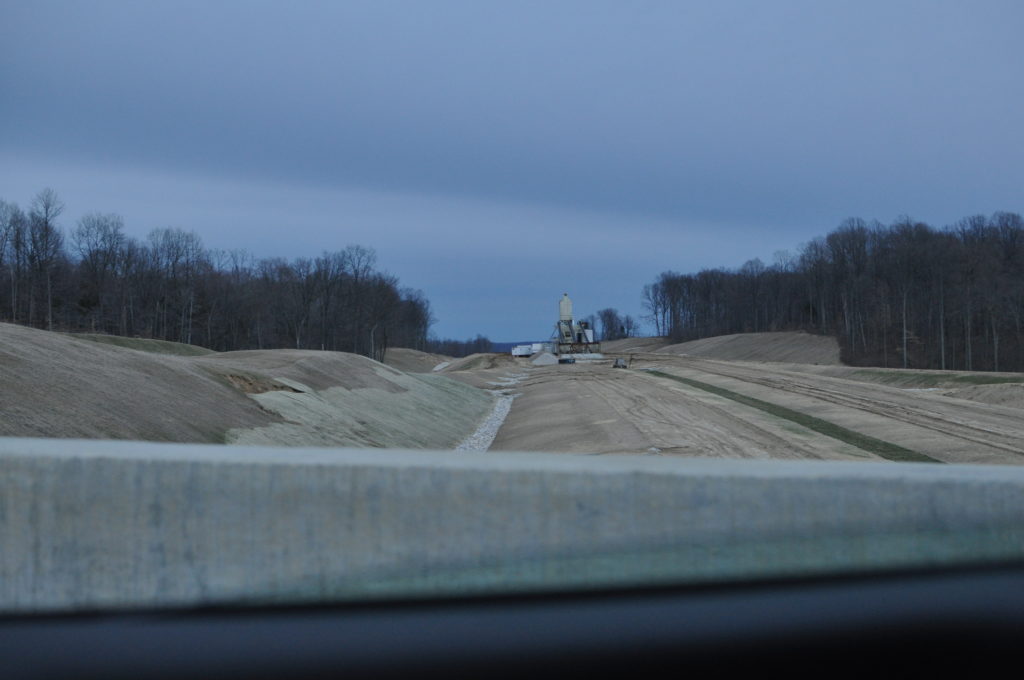 The future I-69 looking north from a road overpass south of Cincinnati, Indiana 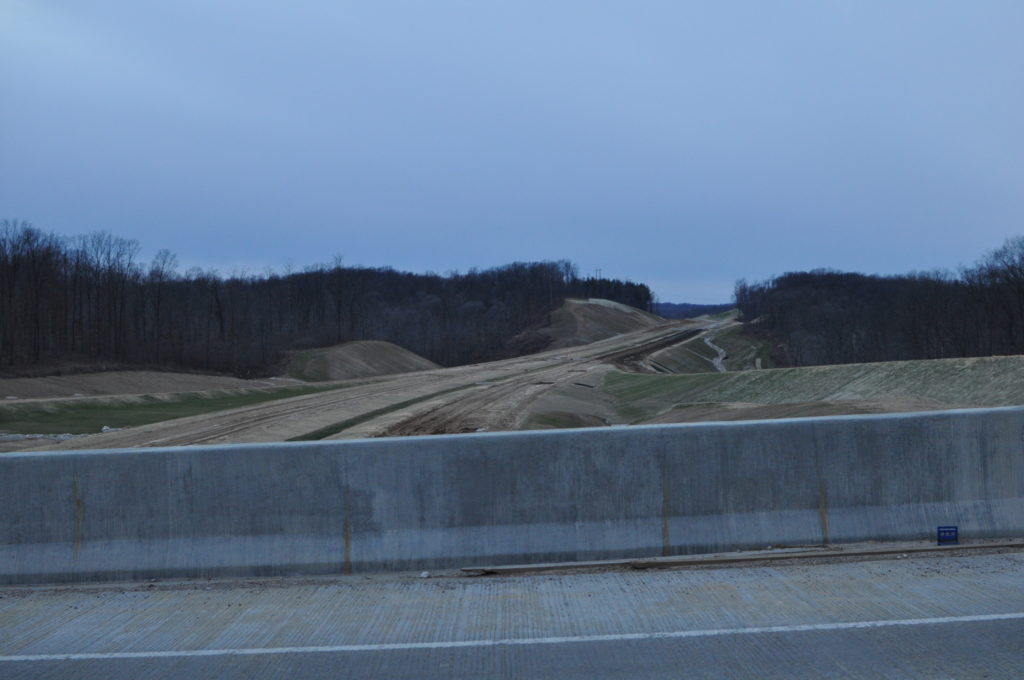 The future I-69 as seen looking south from a road overpass near Cincinnati, Indiana

Yesterday, on my way back from Gloria's I stumbled up a site you don't see very often: a new highway being built from scratch.

Interstate 69 is often called "America's last great, unfinished highway" and when it is completed, it will stretch from Port Huron, Michigan to Laredo, Texas.  One of the key stretches will connect Indianapolis with far-flung Evansville and that takes 69 through the rural hinterlands of southern Indiana, past such small spits as Crane, Odon, and Washington.

The highway has endured its share of controversy, but business owners along the I-69 corridor seem pleased with the increased potential for business.

Regina Graber is the manager of the EssenHaus Amish buffet in Odon a stone's throw from 69.

"The 69 project is very well received for everyone in Odon," Graber said.

"It has impacted our business in a second domino affect.  West Gate Tech Park has been expanding due to the I-69 project as it houses the contractors that work for the Crane Naval Base. This base is located on the top north corner of our county and we receive a lot of our new customers from the tech park as well as the base. The tech park has grown significantly since the opening of the interstate and will continue to grow after the completion. As you can tell with our country since you have been here before there was no easy route from either Evansville or Indianapolis to get here until I-69 opened. I have no idea why the DOD thought putting a naval base in our county was a good idea but it is here and we are grateful for the economical boost it gives our community," Graber explained.

A final 29-mile leg of the highway from Bloomington to Crane should be completed this fall and it might shave as much as 30 minutes off the travel time that it takes me to get to Gloria's. Woo-hoo for that!  Yesterday I crossed over where the new interstate will be just south of the town of Cincinnati, Indiana.  Yes, there is, believe it or not, a Cincinnati, Indiana, a tiny spit of a burg.  Indiana also has a Nashville nearby.   These two poor towns, I am sure suffer from a bit of an inferiority complex.  And I sure as heck hope there isn't going to be a highway exit sign for Cincinnati,  That'll confuse the dickens out of people.

These are some photos I snapped from near Cincinnati, Indiana last evening.  I'm not sure why, but I found the sight vaguely pretty....maybe because it was so peaceful there, a far cry from the bustling highway it will soon be.