In case you missed our earlier "Amish apple interview", here is a portion:

Let’s check in with Grace Schlabach, Amish owner of an apple orchard in Lyndonville, New York. Grace Schlabach’s family runs Schlabach’s Nursery, which ships out more than 50 varieties of heirloom apple trees all over the country. She talks about the community’s affinity for apples and some of her favorite varieties:

“This is an area known for its plentiful apple orchards. Popular apple varieties grown here include golden delicious, McIntosh, Ginger Gold, JonaGold, Gala, and Empire. The Empire apple is New York’s state apple and a hybrid of the red delicious and McIntosh variety,” Grace says.

“Apples are our specialty,” she said of the nursery, which her family established in Ohio in 1991. “After we came here, we had more land. Our nursery fits in nicely because we get to interact with people developing new varieties of apples. We also do test-growing for Cornell University which complements our pursuits nicely.” 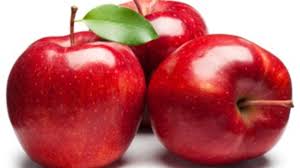 Apples are such a staple of this settlement, according to Schlabach, that a lot of local people can their own applesauce and enjoy delicious home-pressed cider in the fall. Apples are also an important baking ingredient in pies, cakes, bars, and dumplings.  Frequently, sliced fresh apples are on the menu at mealtime. Some families also dry apples. “And what is better than spicy apple butter on freshly baked bread?” she said. Apples are so popular here that sometimes fresh apple butter is served instead of the traditional peanut butter spread after church services.