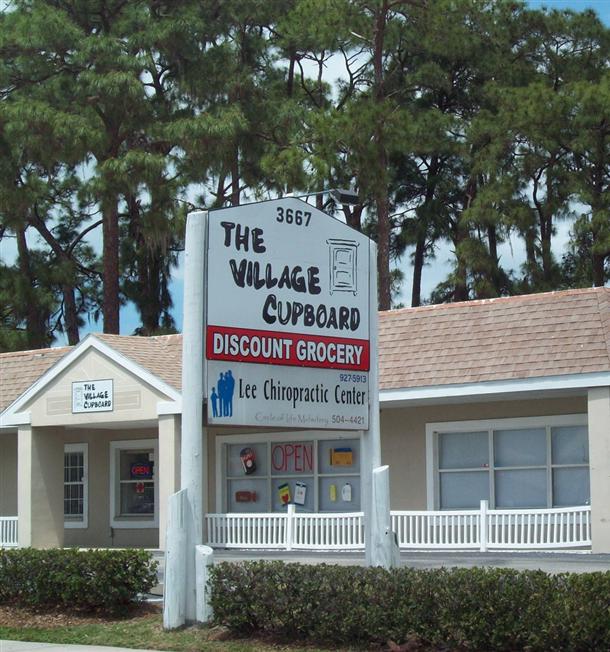 Right now the Amish enclave of Pinecraft, Florida is at its peak, bustling with sun-seeking snowbirds of the Plain type.  Amish and Mennonites are packed elbow to elbow now in a small slice of Sarasota enjoying the warmth and sand of Pinecraft.  The "village" as it is affectionately called does have a year-round Plain presence and the area tries to cater to them and the snowbirds by offering businesses and services that most Amish can get back home.  "Bent and Dent" groceries are a fixture in most Amish settlements, featuring deeply discounted items that are either cosmetically damaged, past their "sell by" dates or otherwise imperfect.  The result: great deals.   Pinecraft has one such business: The Village Cupboard.  I have been to Pinecraft many times but somehow not visited this business. It sounds like a great place to score a deal so I will check it out next time I am in town!  The Village Cupboard has been a fixture in the village since it was started by an Amish couple a number of years ago. The business was sold to Kathryn Graber in 2011. Graber was raised Amish so she knows the needs and wants of the local Plain population.

What is it like operating a business in Pinecraft that is so seasonal?

"Summer time is like a ghost town in Pinecraft, that is when our focus is to make sure that the community at large knows we are here,"  Graber says.

Right now?  "It is wall to wall people," Graber says.

Pinecraft has also been a magnet for reality TV producers over the past couple of years looking to take advantage of the Village's more relaxed atmosphere than Amish settlements up north.   But The Village Cupboard did not roll out the welcome mat.   Breaking Amish wanted to film in the Village Cupboard but Graber sent them on their way.

"They wanted to film in our store, but we refused. They were not shedding a favorable light on a culture that is my heritage," Graber says

Graber has seen many changes in Pinecraft over the years.  One notable change is a bus line that runs directly from the Amish church in Pinecraft to the Siesta Key beach.

"Too many bikes were being stolen" Graber says.  Before the bus line from the church there was a bus stop slightly removed from the village that people had to pedal to, secure their bikes, and then leave for a day at the beach.

"There are also more businesses that are opening up that are more tourist friendly, replacing some of the small shops that the Amish used to depend on," Graber says.

Still, she sees the Village retain its charm and remaining a welcoming beacon for Amish snowbirds.

"I like living in a community of people that I know.  They are honest people, great neighbors.”   Graber says of the Amish and Mennonites who populate the Village.