Cinnamon rolls are a staple in Amish kitchens.  And, wow, have tasted my share over the years. I'd be hard pressed to tell you which one or ones were my favorite.  There's really no such thing as a "bad" cinnamon, just some that are better than others (some Amish bakeries that cook and bake using kerosene stoves, the kerosene can leave an aftertaste) 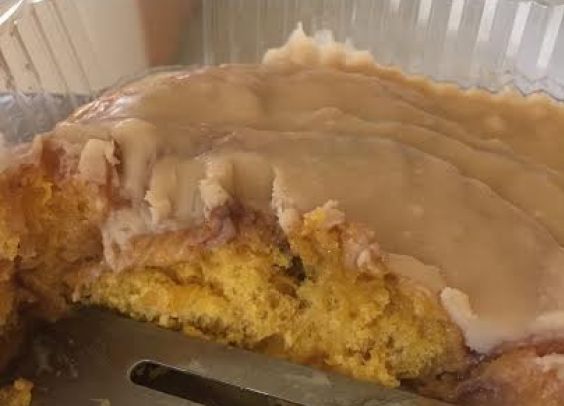 Cinnamon roll with a golden cakey inside. Yum

I wanted to share a recipe from Amish baker Linda Mast from Holmes County, Ohio today.  This recipe is a little different because of the inclusion of vanilla instant pudding.  She says it keeps them really moist.  This recipe also seems very easy. If I make them, though, I'll leave out the raisins!:)