I once took a college class about American folk art.  It was probably one of my favorite college classes ever just because it delved so deeply into American anthropology using art as an entry-point.  So much of our rich American history can be studied through our doilies, salt shakers, flags, knick-knacks,  paintings and whatever other "garage sale decor" is out there. 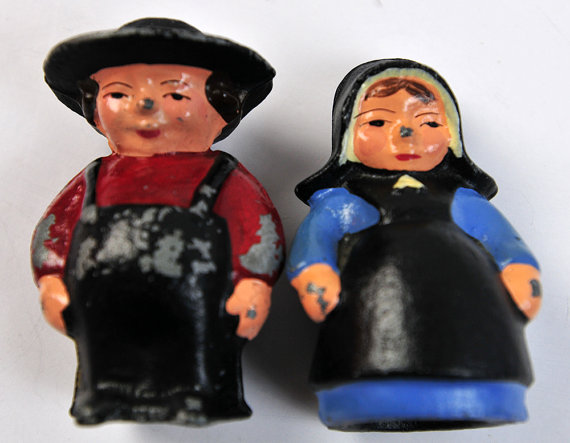 Amish salt and pepper shakers, a great example of American folk art in the mid-20th century

I found this cast iron salt shaker set on Etsy. They are a great example of "Amish folk art."  If I had $20 to spare right now I might well buy these: vintage cast iron salt and pepper shakers from the 1950s.  Quite neat.  I love cast iron, so the idea of a cast-iron Amish themed salt and pepper shaker set is awesome.  It's a little tacky for today's era, but in the 1950s non-politically correct world, it was just another form of artistic expression of our cultural quilt.  You can see the Etsy listing here.  During the 1950s, Lancaster County, Pennsylvania was just emerging as a real tourism hot spot and interest in the Amish was rising in the general population.  These little salt and pepper shakers look patterned after Amish in that area. 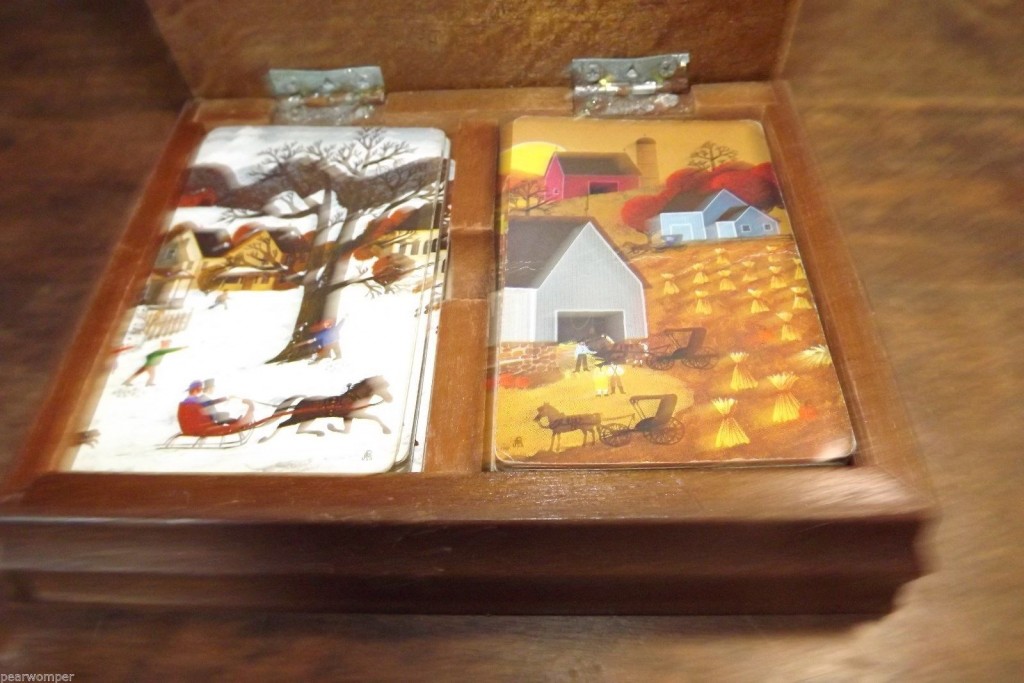 I saw something on Twitter the other day that caught my interest.  This is a set of Amish playing cards.   Now, keep in mind, the Amish generally don't play cards.  It's sort of considered gambling even if there isn't money involved.   You just won't see a bunch of Amish men sitting around a poker table. They will play non card card games like Uno or the uber-popular Dutch Blitz, but not just playing cards usually.   For the life of me I don't know why these cards are listed so cheaply.  They do come in a wooden box with a mallard on top (not my favorite decor, maybe that is why it is so cheap), but the cards themselves look beautiful.  There's no history listed, but the uniqueness of the item is compelling.  To see the ebay listing for the cards, click here.

Note:  I don't know any of these sellers, can't vouch for them, just showcasing the items for the Amish angle, so use your best judgment if you try to buy any of these.