I managed to scratch out some interesting stories in this week's Amish in the News.  So let's jump into it: 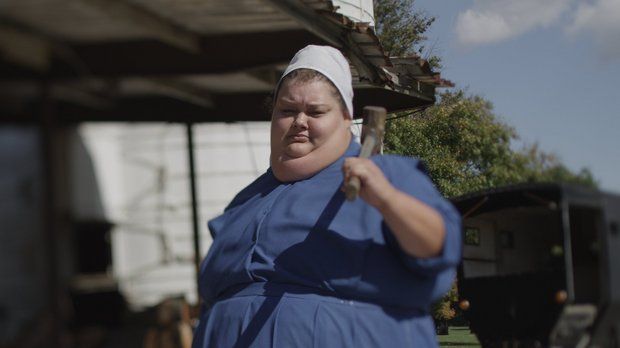 Mary Troyer from Amish Mafia. She supposedly grew up in a Swartzentruber Amish settlement.

Mary Troyer from Amish Mafia. She supposedly grew up in a Swartzentruber Amish settlement.

AMISH MAFIA'S MARY TROYER SPEAKS OUT:  For the record, I think the Amish Mafia show is fictionalized garbage.  There's nothing remotely "real" about the so-called reality show.  And I take most of what is said by cast members with a grain of salt.  Still, there are compelling characters in the show (which I don't watch, but I read news accounts) like Mary Troyer.  Assuming her name is really Mary Troyer and assuming she was, indeed, raised in a conservative Swartzentruber Amish community then her accounts become more  interesting.  Although considering how fictional the show is I'm just not sure how anyone involved can be deemed as credible, but I'll let you be the judge.  Click here to read an interview with Mary Troyer who talks about her life growing up Swartzentruber Amish and how the Amish are treating her now that she is a "TV star."

BIRD-IN-HAND BANK:  Only one new bank in the whole USA has opened since 2010.  That just strikes me as incredible.  And it just so happens the place where this bank opened was Bird-in-Hand, a bucolic genereally Amish settlement in Lancaster County, Pennsylvania.  Read about how this bank came about and how the typically conservative Amish make great bank customers.

COUNTRY VIEW AMISH FURNITURE:  This is an interesting story because the Amish owner quite readily appears on camera to promote his product line.  This just illustrates the wide divergence of views within the Amish church on the acceptability of things like photography.  Outsiders like to cluck that "oh, he's doing something wrong by having his photo taken."  Nothing of the sort.  He obviously has a different take on photography and that's something you'll find a wide variety of within the Amish. Click here for the photo and story.

HUTTERITE SCHOOL:  The cute photo of this Hutterite girl reading a poem, surrounded by her classmates, makes this worthing clicking to even if you don't read the article.  But the article does provide some interesting insights into Hutterite schools and the process of starting them on new colonies.  Most Hutterite schools are, interestingly, governed by the public school system. Click here for the photo and article.