There's an eclectic mix of Amish in the News today, but much of it centers around regulation.  The Amish are constantly pushing the boundaries of the legislative areas of American politics.  I'm largely a "live and let live" kind of guy and that's why these stories bother me.  Whether it's battling over horse poop, smoke alarms, or orange triangles on the backs of buggies I generally view these government skirmishes with the Amish unfavorably.  This week there are disputes over a driveway in Wisconsin and orange triangles in New York.  Read on! 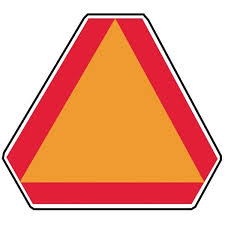 AMISH CLINIC:  A new clinic has opened up in western Wisconsin that caters largely to the Amish, who number some 2000 in the Cashton area.  This clinic will hopefully be able to ferret out and treat genetic disorders that are found largely among the Amish.  Click here to read more.

AMISH DRIVEWAY DISPUTE:  If you read the whole article this just really seems childish and silly.  Often I'll side with authorities on issues of plumbing and sanitation, but this seems like a childish schoolyard dispute.  I'd be disappointed if I liked in the town of Fairchild, Wisconsin that my tax dollars were being wasted in such a way.  You'll see what I mean when you read the article, click here to read about this "driveway dispute."

DUTCH WONDERLAND:  It's a kitschy tourist stop, but Dutch Wonderland has carved out a place in Americana, capturing family fun in the heart of Amish country. A new picture book celebrates the park's role in Lancaster County's history. Click here to read more.

ORANGE TRIANGLES IN NEW YORK:  With the Amish population growing every year in the sparsely populated "North Country" of far update New York, legislators want to revisit an exemption granted to the Amish years ago.  The exemption allows Amish to opt out of displaying the orange "slow-moving vehicle" emblem on the back of their buggies.   Click here to read more.

OPINION:  The Watertown Daily News in New York's "North Country" weighs in on the orange triangle issue.  See what the newspaper has to say about it here. Do you agree or disagree?