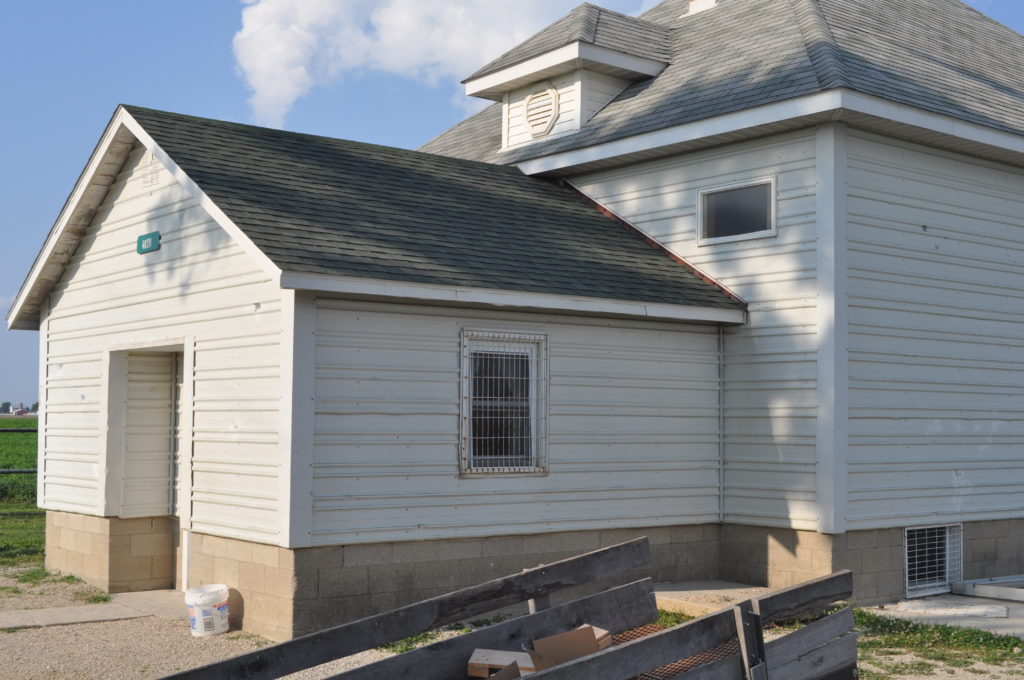 Amish schools are iconic in their imagery. They stand as rural one-room reminders of an agrarian America that has largely vanished. There was a time when most rural areas were dotted with one-room public schoolhouses.  Now the Amish schools are the only ones left.

The past 50 years have largely seen the rural public schools consolidated into countywide mega districts.

Meanwhile, the Amish still hang onto their one-room parochial schools, but it came at a price. The 1972 landmark Supreme Court case, Yoder versus Wisconsin, had its roots in the cornfields of Iowa. The Des Moines Register newspaper ran a great piece this week reflecting on the 50th anniversary of Iowa's  attempt to force Amish into the public school system. Eventually state officials backed down and seven years later the Supreme Court  gave the Amish the legal right to send their kids to their own schools.  Click here to read the Register piece.  Sounds like the superintendent at the time, now aged 94, has some regrets about the way the situation was handled.

Here are three facts you might not know about Amish schools:

1) Each family does have to pay tuition for their child to attend the school. That tuition can be rather steep, and if the family has five or six children that can really add up, which is why some Amish still favor public schools. They can't afford to the private ones.

2) Amish teachers do not need any special certification. It may surprise a lot of people that it's not uncommon to have male teachers in Amish schools. They are paid a salary by the local Amish school board and that's their full-time job. Some of these Amish teachers may take on construction or other seasonal work during the summers

3 Science is downplayed it on the schools, the focus is on reading, writing and practical math. Instruction is generally in German .

By the way, I have been in many "one room" Amish schools and they generally are more than "one room". Often two teachers staff an Amish school, one for lower grades, one for higher.  Usually there is a basement or some other multipurpose room for recess if the weather is bad or assemblies