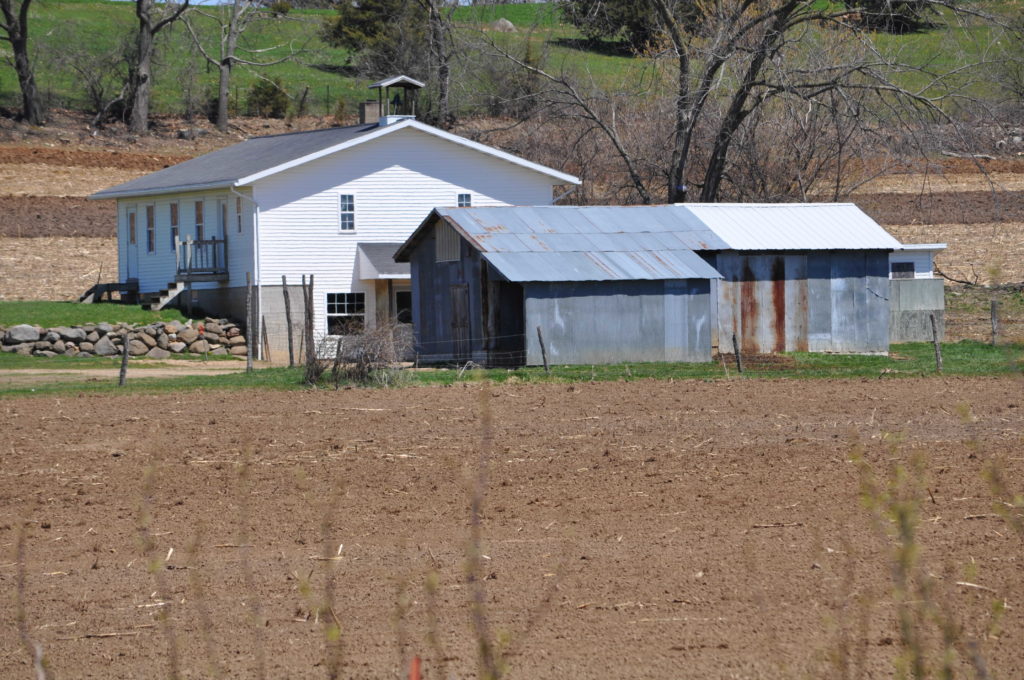 An Amish school in Wisconsin prepares for its summer slumber.

It is Monday, May 22 and time to check out Amish in the news over the past few days.  We have some interesting stories and recipes to share!

GRADUATION SEASON - DO AMISH SCHOOLS HAVE A GRADUATION CEREMONY - Courtesy of the Lancaster newspaper, click here to read a primer about Amish schools and their end-of-the-year traditions.  Also, check out this recipe for "Amish Schoolhouse Rhubarb Dessert"

RELATED CONTENT- Read an article from Teacher Mahlon about Amish school graduation.  Teacher Mahlon was a superb Amish writer for this site back in 2013-2014, but my budget just wouldn't allow for the column to continue.  Perhaps someday we can bring him back.  Click here to read his thoughts on Amish graduation. Click here to see a gallery of photos of Amish schools I've visited over the years, beautiful photos depicting a wide range of schools.

SARA MILLER'S AMISH CORNER:  These days there are a slew of Amish writers who write columns for newspapers.  Gloria Yoder writes The Amish Cook and is posted here each Monday.  Millie Otto has one that appears in some Illinois papers.  But out of all the Amish writers, Sara Miller's column is probably the most "traditional".  It reads like an entry from the Amish newspaper The Budget.  Part of why it may read that way is that while other writers are writing generally for non-Amish audiences, Sara's audience, for the most part, is Amish.  The Geauga Maple Leaf (the paper she appears in) has a huge following among Amish, so that is partly why her column is so authentic.  Check out this month's entry.

PENNED HORSE CAUSES STIR:  An Amish-owned horse in a pen near the road caused a bit of a stir in Ohio. But the police found no evidence the animal was being mistreated.  I don't know, it's a tough topic..Outsiders, for reasons that escape me, really want to box the Amish into one category on this topic.  But I know some Amish who adore their animals and take wonderful care of them, others are the opposite,    Not sure what to make of this story, you can be the judge, click here.

HUH?  - I'm kind of scratching my head at this.   At first I thought "Summit Seniors" was referring to a group of high school students, because this activity sounded more like something that'd be done in school but then I realized it probably meant seniors...but a seniors club holds a mock Amish wedding and four seniors play the role of bride, groom, best-man, and maid of honor followed by a traditional Amish wedding feast. Click here to see.

PENNSYLVANIA DUTCH SUPERSTITIONS:    I covered this more in my e-newsletter today (sign up below), but my grandma was convinced that if a bird flew into the house, someone close to her would die soon.  Apparently other cultures have such harbinger of death superstitions.  Click here to read some Pennsylvania Dutch lore on this topic.

RECIPES IN THE NEWS: