DR. HOLMES MORTON: The insular nature of the Amish have made them susceptible to a variety of illnesses uncommon elsewhere. The problems seem to occur more in some areas than others.  Lancaster County, Pennsylvania, for instance, is one such "hot zone" as is the Berne, Indiana Swiss Amish population.  Dr. Holmes Morton and his staff in Strasburg, Pennsylvania have been performing ground-breaking work in trying to unravel some of these medical mysteries- and are helping a lot of people, primarily the Amish - in their tiny clinic.  Read more here. 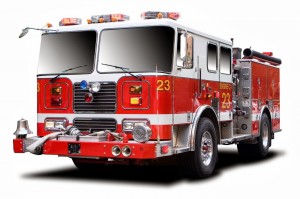 FIREFIGHTING AMONG THE AMISH:  The Amish in Lancaster County, Pennsylvania have a long, rich history of serving in volunteer fire departments.  This is an unusual participation in civic engagement for the Old Order Amish, which is perhaps why the practice has not caught on elsewhere. But one can't get much more altruistic than being a fire-fighter, so serving on a fire company would definitely be considered a selfless act.  Still, there are issues that some Amish have about entangling themselves with a government (even a volunteer one) entity like the fire department and there are issues about beards.  Still, the system works and has for generations in Lancaster County. Now it appears Amish participation in fire companies is catching on in Upstate New York and that has administrators of volunteer fire companies thrilled. Click here to read more.

AMISH OWL CREEK PRODUCE AUCTION:  Nothing earth-shattering about this article, but it does provide some neat insight into how Amish produce auctions run and showcases what types of products they sell.  This is an article about a produce auction in Morrow County, Ohio which has been operating since 2006.  Click here to read more.

MENNONITES ON THE MOVE:  We've chronicled the migration of Orthodox Mennonites from southwestern Ontario to the Renfrew area, but this is another good article. Click here to read.

MENNONITES IN BOLIVIA:  The recent re-election of president Evo Morales to a third term and his promises to rein in land owned by "foreigners" has some members of Bolivia's Mennonite colonies nervous.  This actually is a very interesting article with some good photos and it gives some interesting information and insight into the "colony structure" in Latin America.  Click here to read the article.