There are so many differences among the Amish in philosophy and theology.  In that sense they aren't much different than the rest of society.  The Amish that descended on a rural plot of land south of Dodge City, Kansas last week to salvage a cemetery obviously have a very altruistic streak.  Many Amish don't view cemeteries as much more than  a place to bury loved ones and then not look back.  The cemetery isn't a place of permanent resting, according to Amish belief.  The deceased are on their way to a better place, so the cemetery itself is often an unadorned afterthought. 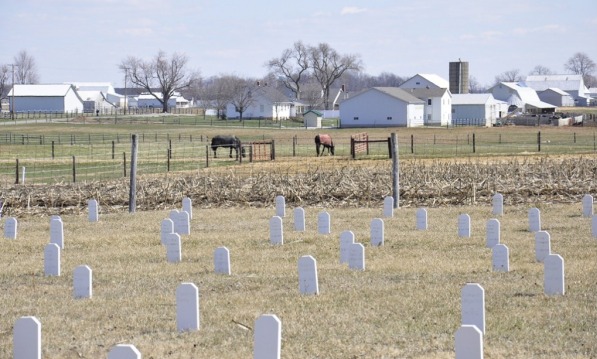 Click here to read about this group of Amish that journeyed from Iowa to care for descendants buried in a cemetery that had fallen into disrepair.

I just found the article so touching in the sense that these Amish had never even been to this settlement, they had only heard stories passed down through the generations.  Would I go three states away to care for the graves of ancestors I had never met and had died 100 years ago.  I'd like to think I'd do it, but these Amish are quite inspiring in the way they banded together as a group to take care of the task.