It is January 26 and we have a mixed bag in our weekly "Amish in the News" installment.  Let's start with the heavier stuff and end with the lighter notes!

SIX MONTHS LATER:  It's been six months now since two Amish girls were abducted from a farmstand in rural Upstate New York.  Fortunately, the story ended with the girls being found alive a couple of days after they were kidnapped.  The intense media coverage spooked the captors who probably thought kidnapping Amish girls wouldn't attract much attention (in fact, the opposite occurred), and let the girls go. The husband and wife captors are now in the hands of the legal system and the Amish community has moved on as best it can. Click here to read more.

CREEP ARRESTED:   A disturbing story out of Lancaster County where a man entered some Amish homes and fondled some females as they slept.  This occurred a couple of times.  Police have made an arrest in the case, so I am sure people are breathing easier there.  Click here to read more.

RAYMOND THE "AMISH" COMIC:  Sheesh, most people leave the Amish and just go about their new lives quietly or maybe they'll pen a book.  But become a comic?   This man was raised Amish, left and now is a stand-up comic. I heard of him for the first time a year or so ago when he started showing up on my Twitter feed.  So I'm happy to learn a little more about him.  Click here to read more about Raymond the Amish comic (WARNING: Interview continues some offensive language so if that bothers you, skip this) 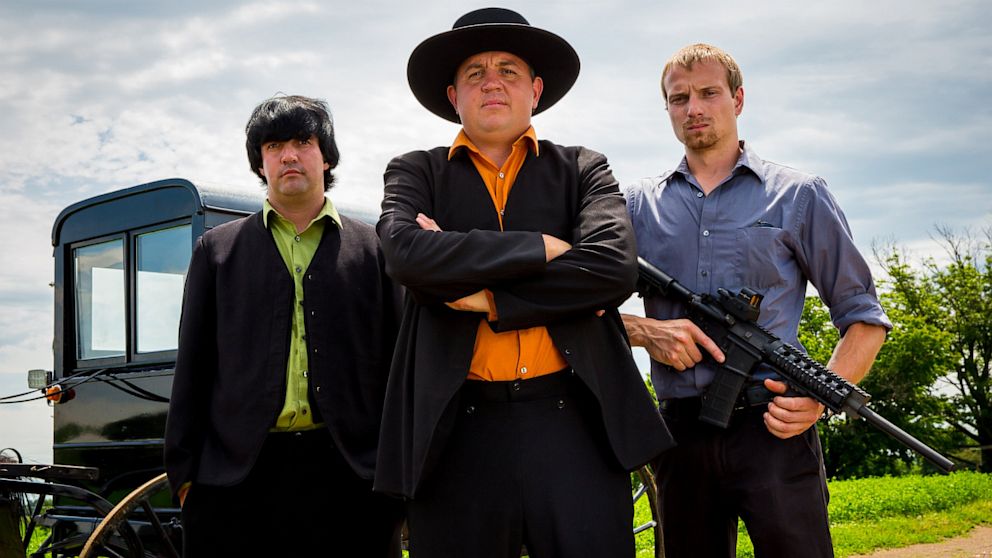 AMISH MAFIA ENTERING ITS FINAL SEASON:  The show had a lot of fans and I'm not going to go around bashing something I didn't watch.  My sole complaint with it was it being marketed and branded as a "reality show", it if had just been marketed as a sit-com or a "drama-edy" I wouldn't have cared and I don't think a lot of other people would have either. So good riddance.  I write more about my issues with this silly show here.  Read about Amish Mafia singing its swan song.