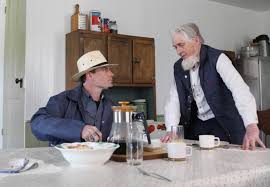 Okay, we have an interesting round-up of Amish and Plain in the news today.

VANILLA ICE AMISH: First up,  Vanilla Ice Goes Amish and shocks a Plain woman with an opulent bedroom for her and her husband.  You know, I have watched the show and I don't think it's bad, it's one of the better "Amish" themed shows out there.  Ice is generally respectful. The show can be a bit hokey and heavily "produced" in Hollywood parlance, but I like the show.  The Daily Mail in England focuses on a recent episode which delivered a nice, new bedroom and bath to Mary and Junior Miller in Holmes County, Ohio.  Based on the beard style and the fact that there is electricity in the home, I'm guessing these are New New Order Amish (or New Order Amish Fellowship as they prefer to be called).  Anyway, I don't care what order they are, such a bedroom and that bathroom would be awesome. Click here for a fun story and photos.

HEX MAGIC:  Pennsylvania Dutch culture (of which Amish is a part of...I've said this before, all Amish are considered Pennsylvania Dutch, but not all PA Dutch are Amish, I'd say most aren't..PA Dutch is comprised of Lutherans, Moravians, Mennonites, Catholics, and other Eastern European groups)...Anyway, some of these groups do hold on to more spiritual and folk type medicines.  I'd be skeptical that such practice exists today but I once witnessed it myself almost 15 year ago in a rural Amish home. Some holistic medicine practitioners are arguing that in today's more open-minded culture these traditions may be poised for a comeback.  Click here to read more.

PLAINS MENNONITES: Conservative Mennonites often came to the Great Plains of the USA via Russian in the early 1900s.  There's been much assimilation and many traces of that migration and history are gone, but some efforts are under way to preserve it.  In Canada, the Russian Mennonite influence is more evident. We saw a sizable Russian Mennonite population around the town of Aylmer.  Read more here. 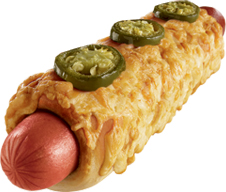 AUNTIE ANNE'S:  Anne Beiler was born to Amish parents and started her pretzel empire from a cart in a farmer's market in Pennsylvania. Classic American success story.  Pretzel dog, anyone?  Read 9 things you might not have known about Auntie Anne's here.