My friend Chris is touring the western USA with his wife and two daughters and he's been alertly keeping me posted on any "Amish sightings" on his travels.  Anyone who knows me personally always gives me such updates.   I have to admit that Pebble Beach (I've never been there) wouldn't seem to be on the top of the list of Amish tourist attractions like the Grand Canyon or Yosemite or Pikes Peak. 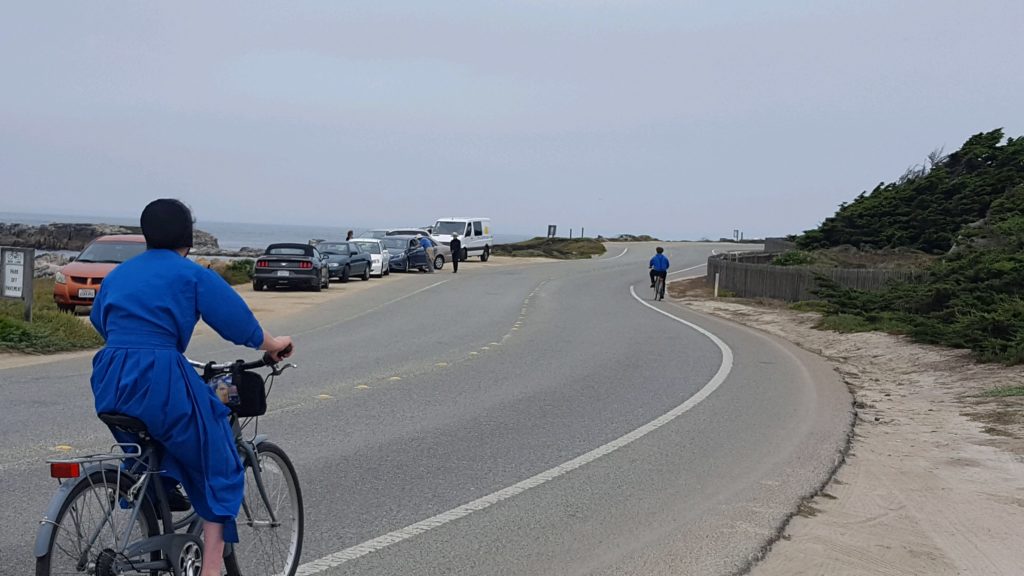 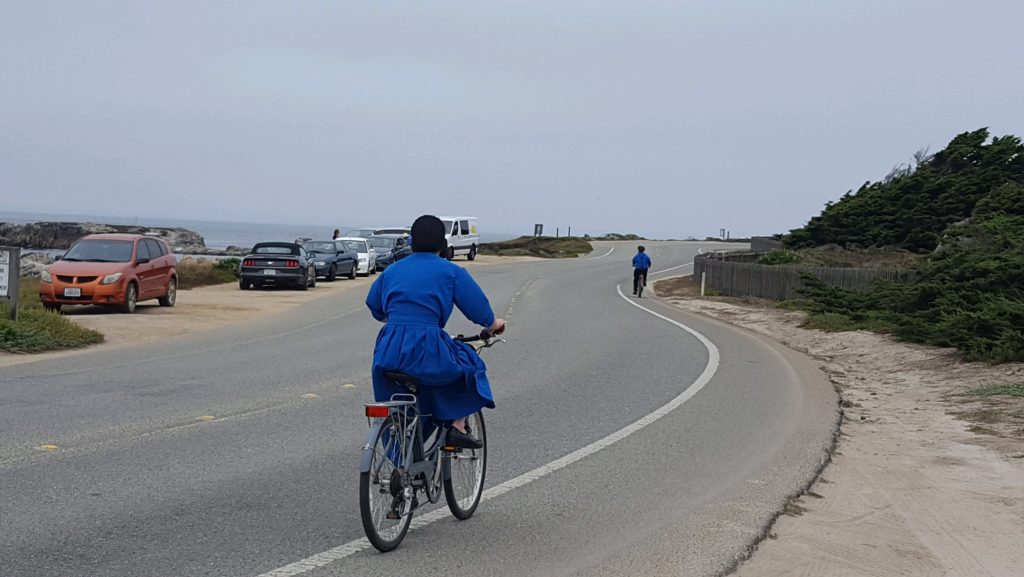 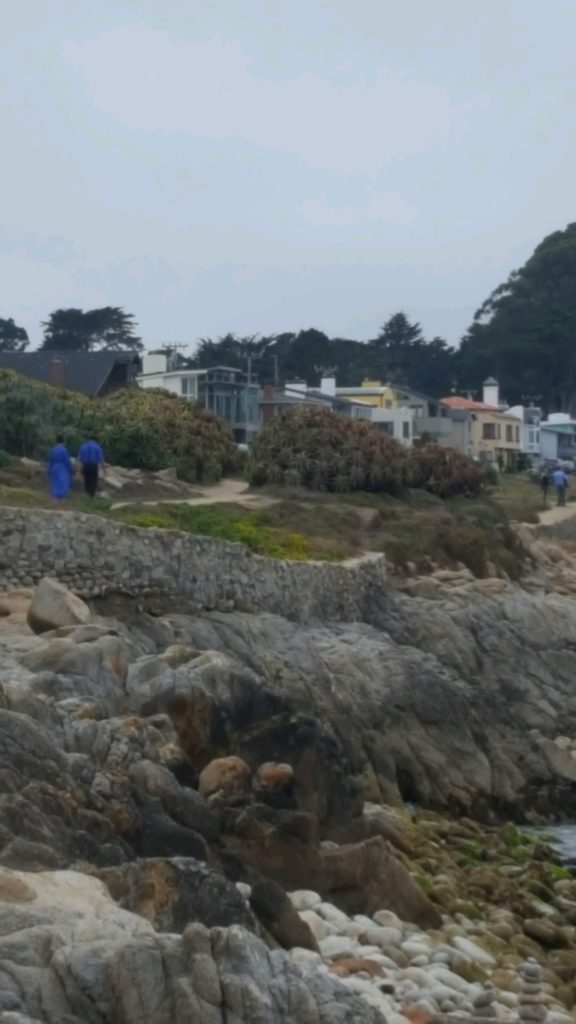 There's not a ton to be gleaned from this photo, I'm trying to get more context from Chris.  But with the bicycles is is a woman and an Amish man far ahead on his bike.  The colors of the clothing and the kapp are the clues.  This appears to be an Amish couple from a Swiss Amish community or an otherwise very conservative place.   Yet bicycles are often not used in some of the more conservative churches.  Although perhaps they are renting these bikes, I can't imagine they'd cart bikes across the country.

So, where these Amish people from will remain a mystery,but they were spotted on Pebble Beach!  Meanwhile, since we're in the west, let's explore a couple of Amish recipes from western communities:

Huckleberries have defied attempts at domestication. They are only found in the wild, high up in the mountains, and their scarcity can make them pricey, often selling for upwards of $40 a gallon. In season, huckleberries are on the menu in many restaurants in Montana. Huckleberry milkshakes are a favorite, and this huckleberry delight is delicious.

Combine the gelatin mix, pineapple, water, and huckleberriesin a large mixing bowl.  Stir until well combined,and spoon the mixture into a 9 by 13-inch glass baking dish.

In a separate bowl, combine the cream cheese, sugar, and vanilla. Beat with a mixer until well combined, then fold in the whipped topping. Spread this mixture evenly over the huckleberry mixture, and refrigerate until set. If desired, sprinkle with walnuts before serving 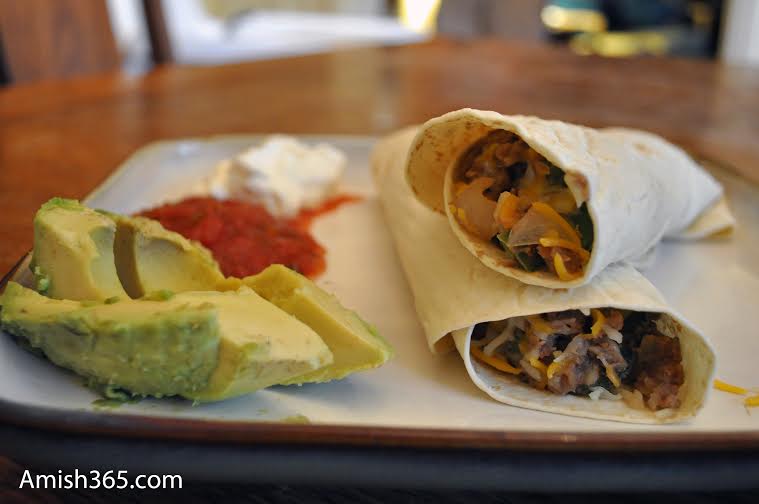