Many Amish cooks have a "secret weapon" at their disposal when preparing fruit pies:  Clear Jel.  This modified cornstarch serves as a super thickener for fruit pies, so you don't cut a fruit pie and get rivers of runny slurry running onto your plate.  Clear Jel thickens the liquid part of the pie so you get a nice, clean cut.

This is a great when fact sheet from the University of Wisconsin about Clear Gel and when you can use it, along with some great jam recipes. Clear Jel is also used in jams.  Clear Jel can be very tough to find in chain grocery stores, but most Amish bulk food stores carry it and I have found some online stores that carry it. 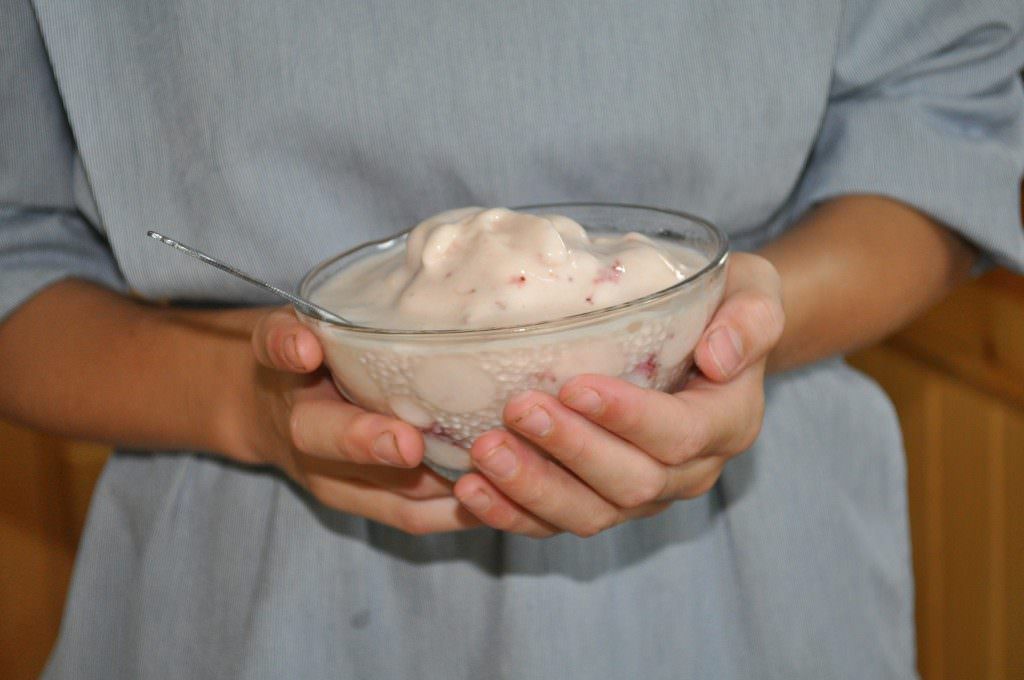 There are two types of Clear Jel, the "instant" kind doesn't require heating for the thickener to activate, Gloria uses it as a mix-in thickener for ice cream, for instance.  Here is her ice cream recipe.

Click here to see and buy regular Clear Gel from Amazon, this kind works best in heat, such as canning or baking a pie.

I remember first hearing about Clear Jel in the early 90s when The Amish Cook mentioned it one of her columns.  Wow, those were very, very different days.  I remember that if a product was mentioned in the column readers would be at their local grocers looking for it and if they didn't have it, the grocers would call me and tell me to give them a heads up if something was going to run in the column so they could stock it.   Yes, the column was popular back then but what this really shows is how much influence newspapers had back then.  Would the same thing happen today?  No way.  The Amish Cook column is better than ever but newspaper readership has declined so, so much.

Anyway, back to Clear Gel...it was ranked the top pie thickener by Cooks Illustrated.  Part of what makes it such an attractive thickener is its ease of use. You don’t have to over cook the fruit with it as you do with cornstarch in some pies. You just have to whisk the fruit or berries with the Clear Jel and sugar mix or sprinkle this mixture over the fruit. Cover the fruit or berries and you are ready to bake. Clear Jel can also be used as a thickening substitute when a recipe calls for flour as a thickener.   Always mix the Clear Jel with a little sugar from the recipe to avoid clumping.

I've had Amish-made fruit pies made with Clear Jel and there is a distinctive firmness to the fruit filling, so next time you need to thicken something, ditch the cornstarch and try Clear Jel!