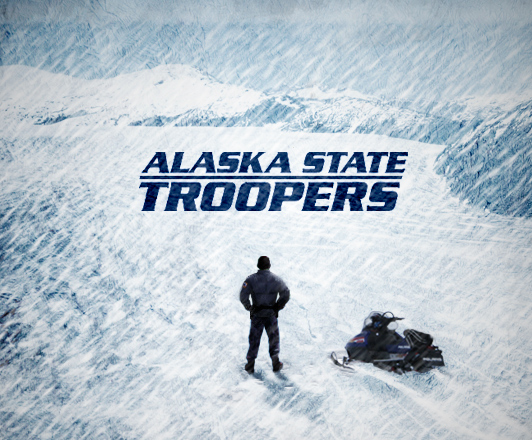 Some of you may remember the "My Amish Reality" ebook installments I wrote a couple of years ago (stay tuned, the installments will be offered again soon!).  Yes, for newcomers here, I got roped into the Amish reality TV machine for awhile.  My Amish Reality was my ebook account of the experience. Nothing came of it, but during the summer of 2012 I was a popular guy with reality TV production companies who were all clamoring for a piece of the popularity that the Amish were exuding.  Ultimately, I wanted a respectful show (which production companies translated as "boring") and they wanted something more sensational, so we parted ways.

Reality TV goes in "flavor of the month" cycles.  Now the craze is Alaska.  Has anyone noticed how many reality shows are airing that focus on Alaska.  It makes sense.  With the dramatic landscape and remote location the state itself becomes the star.  In the weeks after Aster was born, when I had some middle-of-the-night rocking-her-to sleep sessions I plead guilty to becoming slightly addicted to the show Alaska State Troopers.  But there are shows on HGTV dealing with Alaska, the Animal Planet, Discovery, etc.  Everywhere it's Alaska.   Most of these shows seem so heavily scripted.  Which brings us back to Amish Mafia.  That show still hangs on, but hopefully not much longer.  The Lancaster New Era, a newspaper in Lancaster, PA, recently rebuked the show in an editorial.  Click here to read it.  The premise of the show was always absurd.  I've said it before and I'll say it again:  Amish Mafia = complete, total fiction.

As an aside, it's frustrating the obsession with "reality programming."  When I turn on the Weather Channel, I want WEATHER.  When I turn on CNN, I want NEWS (not an Anthony Bourdain series)...when I turn on MTV, I want MUSIC (I long ago quit turning on MTV because they did away with music a gazillion years ago).  Even channels like the Animal Planet have veered off course and now offer shows like Railroad Alaska that have very little - if anything - to do with animals.  And remember when AMC used to be American Movie Classics. Good luck finding a classic movie on that channel!  Does anyone agree with me, or do you prefer these pseudo-scripted shows?

« Easter and the Amish: Sweet Scenes
Ask the Editor: Bundling and Beards »