Take a look at this amazing recipe that comes to us from an Amish woman in Wisconsin, a hearty, six-layer plate-piler.  This type of meal is a staple in Amish kitchens because it is easy to throw together and it replenishes a lot of calories after a hard day in the fields or the workshop.

Reader Barbara tested it out for us and here is what she had to say:

Mr says this casserole was surprisingly tasty!  He had 2 helpings.  This was an easy recipe to put together and was done in the 2 hours.  I did put a piece of foil over the dish during the 2nd hour of cooking because the tomatoes appeared to be drying out a bit and I did not want that to happen.  Would be a good recipe to put together in the morning to have ready for baking later in the day. 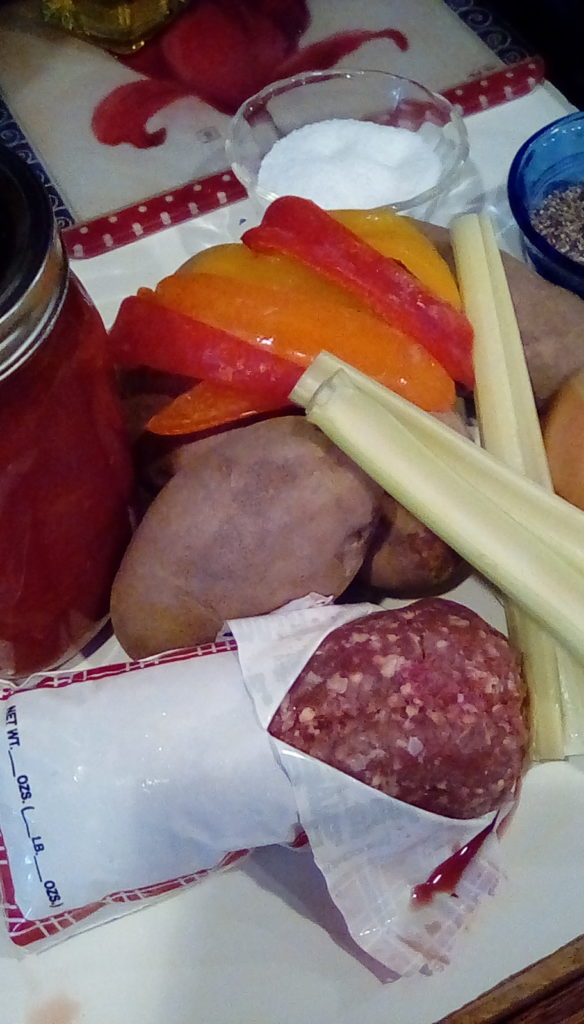 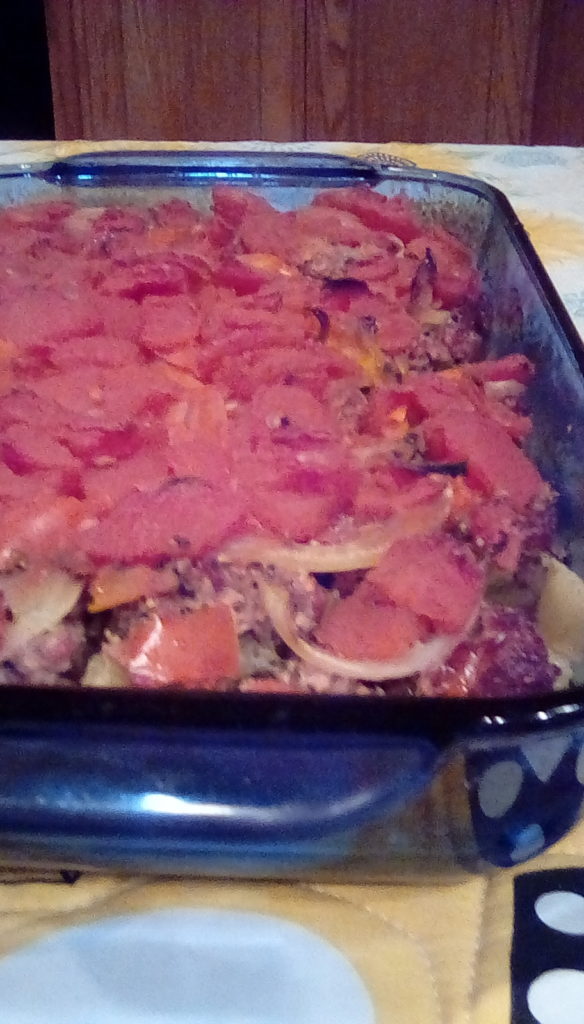 Ready for the oven.....cover with foil for the final hour o keep the tomatoes from drying out 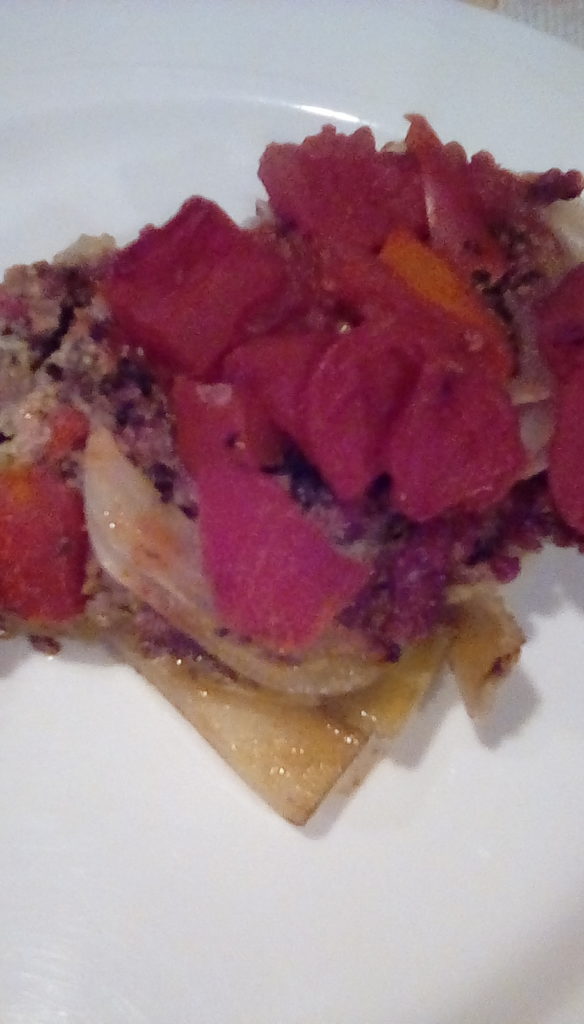 And pile it onto your plate!

And now here is the recipe for this winner of a meal!