Amish cooking has, over time, taken on a southern flair, with cornbread, pork and beans, pecan pie, and okra becoming staples on menus. Plants native to the South, such as muscadines and peanuts, have also been incorporated into cooking. 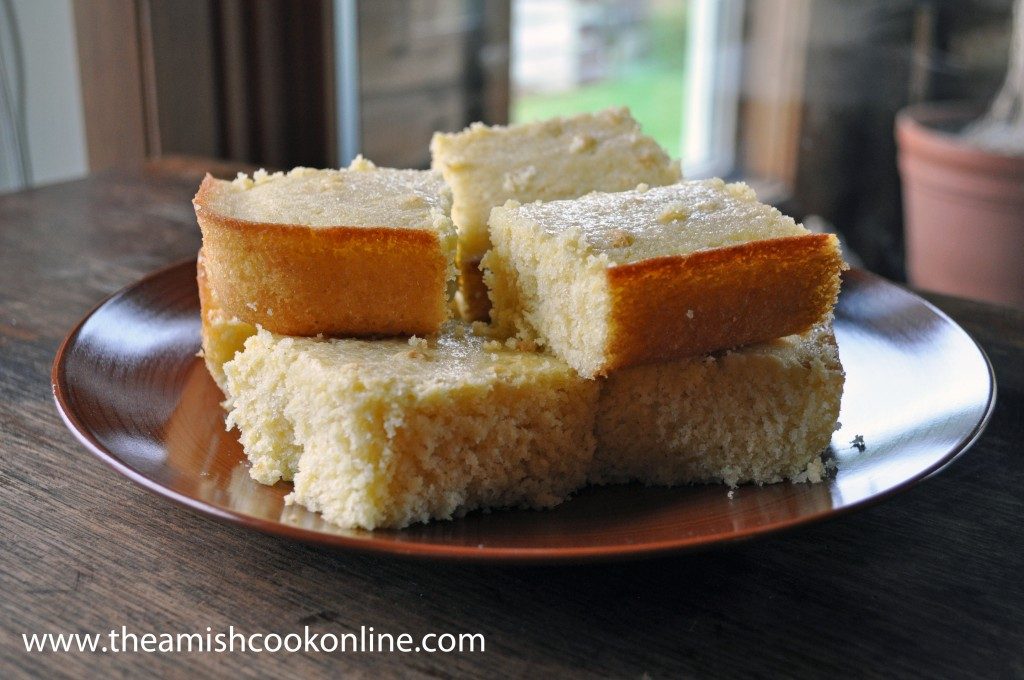 Southern staples like cornbread are becoming popular among the Amish.

Because the Amish don’t have electricity, air-conditioning is not an option, and that makes the sweltering South unappealing for many. The climate, the clay-packed soil, and cultural differences have also long acted as a deterrent to Amish settlement of the South. But that now seems to be changing. Amish families have settled in some of the southern bayous of Arkansas and the piney hills of northern Mississippi, and a handful of Amish communities can now be found in rural parts of the Carolinas.

One Southern community is so far south that it is almost north. Pinecraft, Florida, which serves as a winter way station for Amish looking to escape the brutal blizzards and cold of the Midwest, often has more people from Ohio and Indiana living there than actual Floridians.

Perhaps the most ambitious attempt to start a Southern settlement can be found in an area more known for its taquerías and javelinas than for buggies and bonnets. This settlement, just outside Beeville, Texas, is far closer to Mexico than it is to any other Amish community.

This thick, delicious, traditional Southern dish is made faster by the omission of a roux and the long simmering time at the end. You can substitute other meats on hand for sausage. Unlike typical gumbos found elsewhere in the South, this Amish adaptation does not begin with a roux and end with hours of stovetop simmering.

Heat the vegetable oil over medium heat in a Dutch oven. Add the smoked sausage, and cook, stirring occasionally, until browned, about 3 to4 minutes. Remove the browned sausage with a slotted spoon, and set aside.

Add the okra, green pepper, garlic, and onion to the Dutch oven, and sauté in the reserved pan drippings until tender. Add the chopped tomatoes and the reserved sausage. Reduce the heat to medium-low, and simmer for 30 minutes, stirring frequently. Season with salt and pepper to taste. The gumbo may be served over cooked rice, if desired. 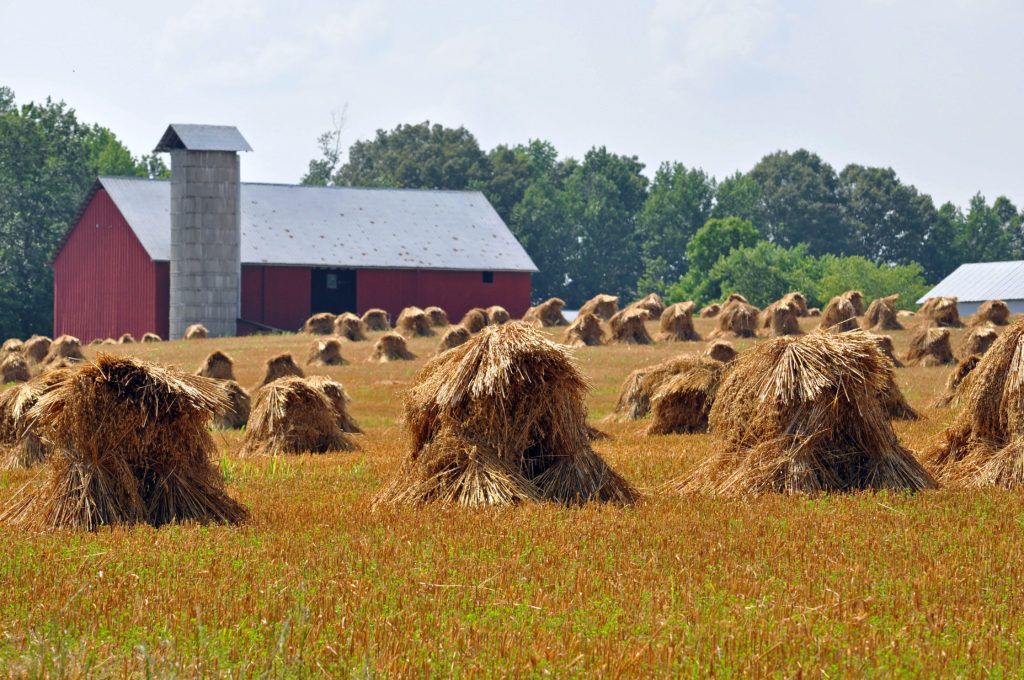 The fields around Ethridge, Tennessee are being worked this time of year. 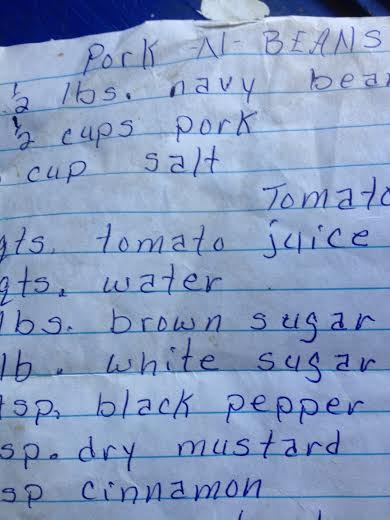 The Amish have heartily adopted this Southern staple. One common southern variation is to add a couple of tablespoons of homemade sorghum molasses to give it a bit of sweetness.

Remove any debris from the beans, then rinse them and cover them with waterin a large bowl.  Add the salt, and let soak for 8 hours or overnight.  Drain and rinse the beans three times, then cover them with the 8 cups of water, bring the water to a boil, add the pork, then reduce the heat to low.Simmer until the beans are soft and the pork is cooked through, about 45 to 60 minutes. Drain the beans and pork, and set aside.

While the beans are cooking, make the sauce:  Place all the sauce ingredientsin a large saucepan, and bring to a boil over medium-high heat. Reduce the heat to medium-low. Cook the sauce mixture,stirring occasionally,until it is reduced and thickened, about 1 hour.

About 10 minutes before the cooking is finished, preheat the oven to 375°F. Combine the beans-pork mixture with the sauce, and pour into a large casserole dish. Bake in the preheated oven, stirring occasionally, until thickened and bubbly, about 40 minutes.

Cook at a brisk boil until smooth, be careful not to burn it. It's "done" when you can drop a small piece into a glass of cold water and it forms a soft ball. Pour into a buttered pan and cool. Or, you could pull into balls and "roll with your hands" into logs. If you wrap it, use waxed paper.

STICKY CHICKEN - Popular among Amish in the South:

Pour about 2 tablespoons oil into skillet. Add a tablespoon of butter if desired. Heat until oil is hot. Coat chicken pieces with flour. Place in hot skillet, sprinkle salt and pepper on pieces and brown on all sides. Remove and place in a 2 quart casserole dish. Do this until all pieces are browned. Rinse skillet with about ¼ to ½ cup water and add to chicken. Place dish, covered into oven at 350 degrees. Bake for 45 minutes to 1 hour. When chicken is done, use drippings to make gravy.