Amish Thick Milk Pie is in a food genre known as "desparation recipes."  The Amish, especially in the 20th century, were very frugal and often in tight economic straits.  Against this backdrop Amish cooks and bakers learned to be invented and create confections out of a near barely pantry.   This thick milk pie comes from that long tradtion.  While the name may be a little off-putting to some, don't let it scarce you off.  This is a delightful pie that could be a great last minute addition to your Thanksgiving meal.

Reader Anita in California was nice enough to try this recipe for us in case you did want to try it for Thanksgiving.  Here is what she had to sayand her photos :

This recipe comes together easily and quickly. It uses simple ingredients that can be found in most home pantries.
I thought at first that this pie would be rather sweet, but the carmel-y flavor of the molasses balances the flavors beautifully! The molasses adds a richness to the pie that is quite pleasant. The pie is light and airy in texture, and doesn’t weigh you down.
I served the pie with a dollop of freshly whipped cream, and it was delicious! Definitely unique, but pleasant. I would prepare and eat this pie again. It’s a different flavor, but not at all unpleasant. As pies go, this one is a solid 4 out of 5. Give it a try! You won’t regret it! 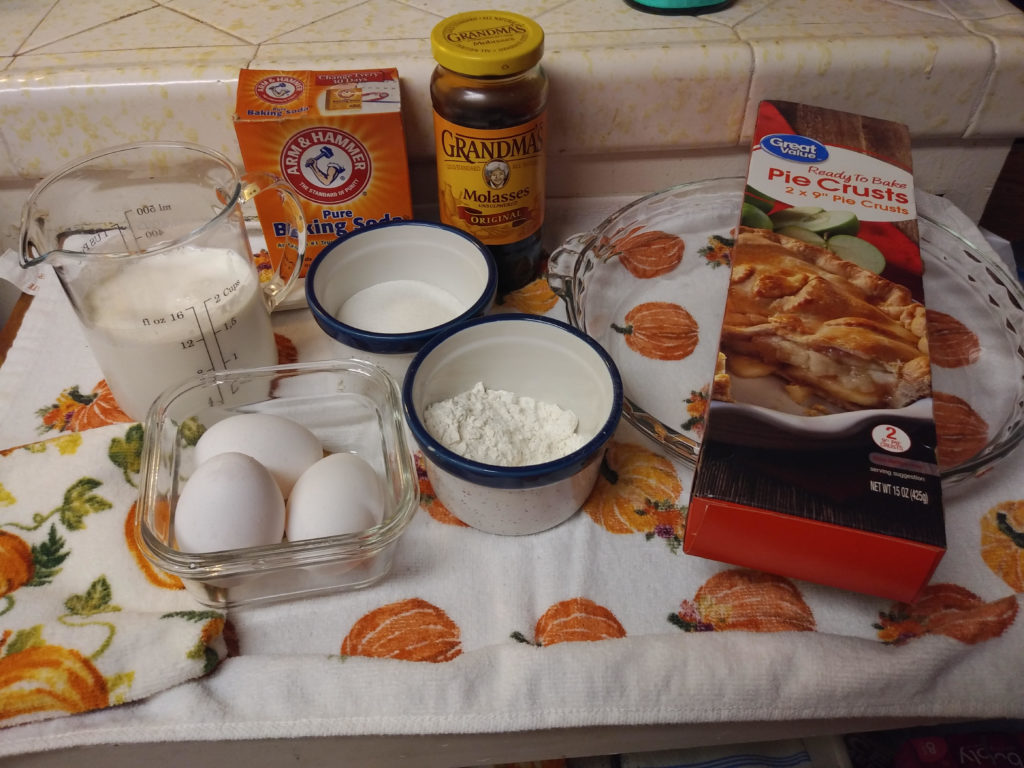 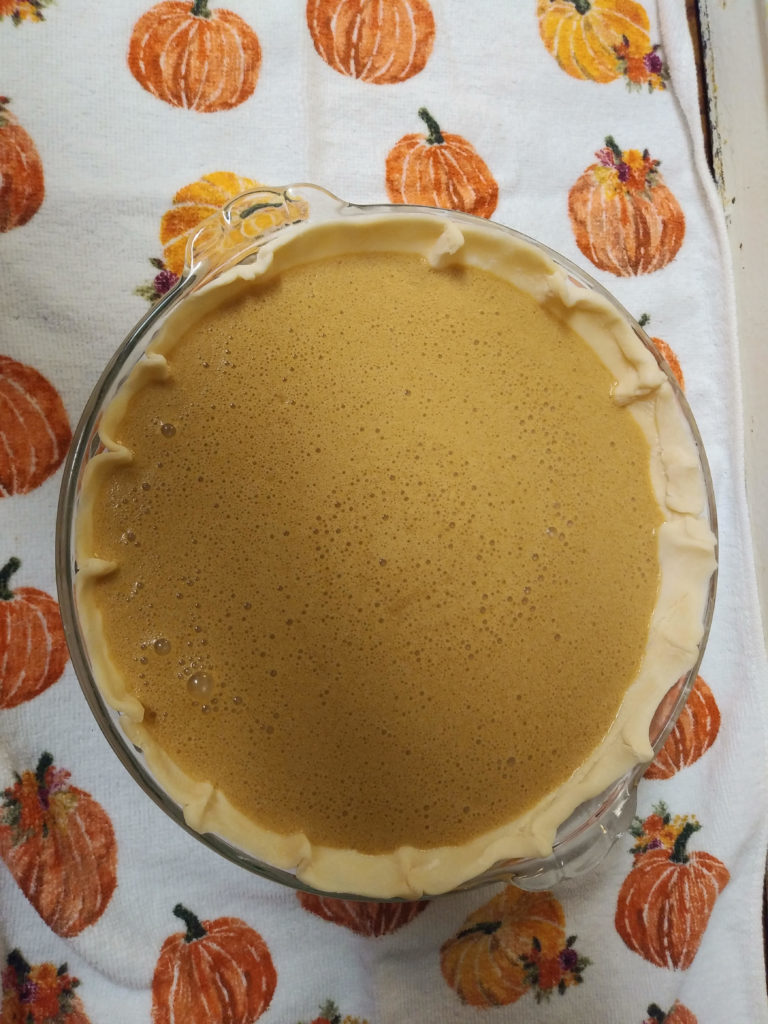 Ready for the oven...

Out of the oven, a classic Amish Great Depression-Era pie

Sour milk is a staple on most Amish farms.   Ones without any sort of refrigeration will have fresh milk each morning that turns sour by sunset.  But most non-Amish don't have thick, sour milk on hand, so Anita made some herself, which you can do by adding vinegar.  Here are the instructions for making your own sour milk:
To make ‘thick sour milk’, measure out 1 Tablespoon of lemon juice or vinegar per cup of milk. Pour lemon juice or vinegar into a large measuring cup, then pour in milk. Stir well, and let the mixture set for at least 5 minutes to thicken. Set aside.
Amish Thick Milk Pie