This is a recipe from Amish homemaker Wilma Hershberger's kitchen. Below the recipe is a photo of the giant recipe card she has the recipe written on. I did get a few clarifications from her, but I should have gotten more. Still, for those of you who are experiencing home-canners, you should be able to use this recipe. I was surprised at the amount of cinnamon in the recipe. If you don't want to can the beets, you could just make the beets with this syrup and serve. Plus subscribers will learn more about Wilma in the near future and I'll give you a video tour of her canning kitchen!  The photos below: one is of the giant recipe card that Wilma has her recipe on.  The other is a photo of an Amish man in Belle Center, Ohio. Totally unrelated, I just put the picture up to "fool"  the website, because sometimes I'll pull out a photo to put on the main page and I didn't want it putting the recipe card out there for all to see, because why sign up for Plus otherwise?  I will talk more about the Belle Center photo another time: 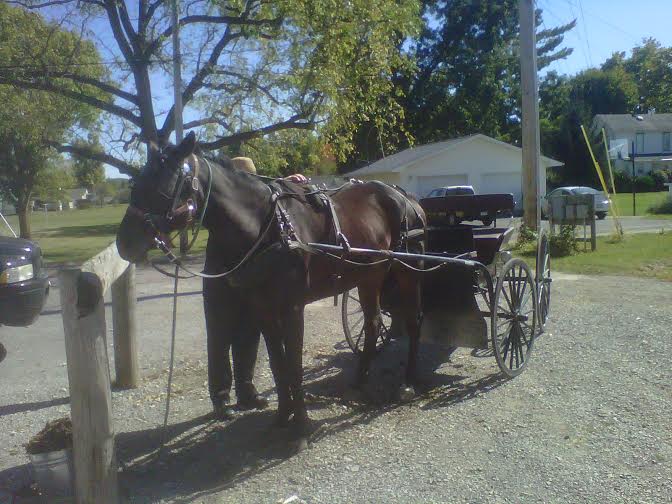 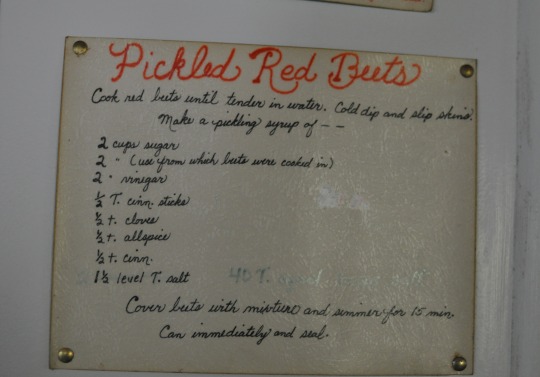