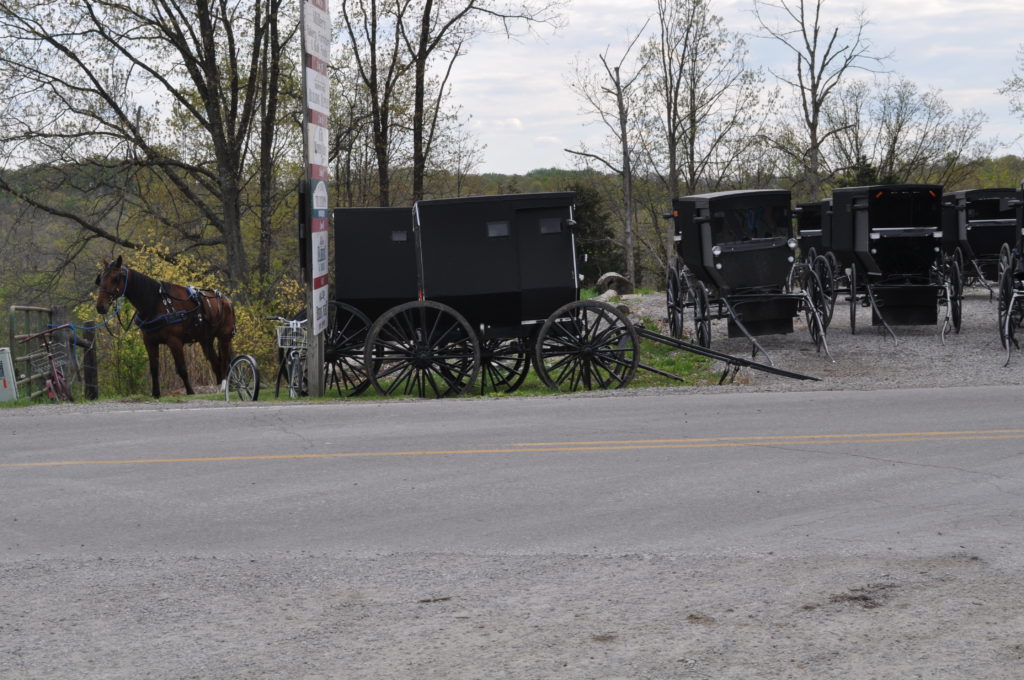 Glen Sears owns and old-fashioned hardware store in Auburn, Kentucky.  He used to have a lot of Amish customers who'd come in to buy belts for their gas generators and other tools that generally only the Amish would need.  Glen enjoyed the brisk trade and catering to his Amish customers.  But now his store is largely empty as Auburn's town council has been targeting and ticketing Amish who won't put "horse collection devices" on their animals.

It is illegal for a muncipality to craft laws that target a single ethnic or religious group (c'mon, is anyone else really riding into Auburn with horses other than Amish? I highly doubt it).  And now Amos and Dan Mast sit in jail for refusing to pay their fines associated with their tickets.

In a lot of religious rights cases involving the Amish some First Amendment groups would parachute in and represent the Amish and push back against the town council.  But it's tough to get the public passionate about "horse poop."  And therein lies the issues, I think.

I hope they find a way to resolve this, otherwise the Amish in Auburn will just pack up and leave which would be too bad.  It seems like a town could spend resources a lot more wisely than ticketing and jailing people over such stuff.

I went to the city council meeting last night. There were about 40 present including a lot of Amish. My question was how many names does it take to get this ordiance put on the ballot at the next election the mayor said he would look into it  (but he won't). I also asked "if the bags do make the horses run away and someone is hurt is the city going to be responsible?"   No answer. One guy suggested they make an alternate route just for the Amish. But no one listened. This council is dead set on chastising these people just because they are different. I wish there was something that could be done. I have went to council meeting after council meeting  but it is like water on a ducks back. The only thing that is going to get this stopped is a big law suite against the city for discrimination and I know that would be hard to prove, but it could be done.

I will keep everyone posted on this developing story!