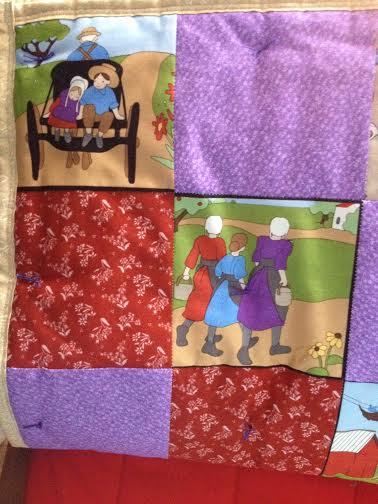 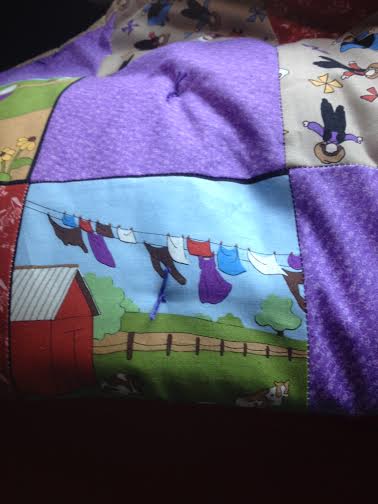 Shortly after Aster was born I was contacted on Facebook by someone I went to high school with.  I didn’t know her well back then and I don’t know her well now, but we’re friends on Facebook.  Heck, I’m not going to turn down a friend request from anyone who was in the trenches with me at hardscrabble Middletown High School n the late 90s.

I’ll admit to being a little wary when I got a message from her saying that she had made a quilt for us and wanted our address.  Who makes a quilt for someone they barely know?  I hate that I’ve become so jaded and cynical in some ways over the years and that is something I am going to work on shedding as a new chapter begins.  Part of me is still a naïve idealist and part of me has become jaded and cynical. Those two don’t do well inhabiting the same space, although one keeps the other in check.  Still, I don't like my natural instinct on things like that to be cynical (is she trying to sell me something?  There has to be strings attached)

Anyway,  I warily gave her my address and not long after, sure enough, a quilt showed up. It’s a beautiful block pattern quilt with Amish images on it and I really, really do like it.  It's sort of a daily reminder of my own life, a complicated quilt stitched with blocks of Plain along with other patterns.  I think people are like quilts in many ways, composed of many blocks and swatches and we try to make a cohesive whole in the end.  One can't determine the color or composition of a quilt by looking at a single block, it's the whole that matters, and hopefully we all come out as beautiful as this one.

My high school classmate is Marlo Mapps and if anyone wants to inquire about having her make a quilt for you, you can contact her at [email protected]

« Pinecraft Past and My Memory Box
Vanilla Crumb Bars »