Those of you on my email list (if you aren't on it,sign up!:) know that I have been battling my weight all year.  One of my worst dietary habits is drinking Coke.....I've tried drinking more water, along with an occasional glass of chocolate milk and some occasional beer to take the place of Coke with mixed success.  SIGH, but now I am even worse off...the Coke is creeping back in, but I'm still drinking chocolate milk on occasion and beer.  I discovered "Banana Bread Beer" at the grocery.  It sounded horrible at first, but then I thought "why not?"...I do like actual banana bread...so I tried some and it's not bad...kind of malty, very banana-y...Difference is, I can give up beer or chocolate milk without a problem, Coke seems to have a greater strangl 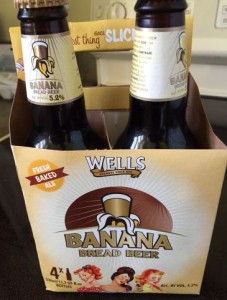 Banana Bread Beer, not quite like Amish banana bread

ehold on me.  Look at this new Coke format I saw in a store near me...like a little metallic bottle.  SIGH, so I had to sample that.   At 8 ounces the amount of Coke is less than in  a bottle, but it really isn't priced less.  I think I prefer just a nice cold can. 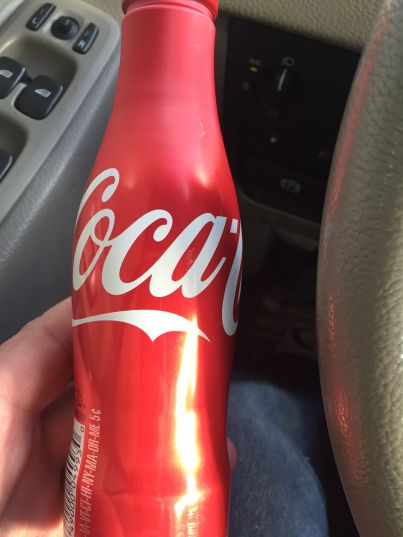 SIGH this doesn't have much to do with my beverage choices (except that I should use Aster as motivation to just be healthier, so I am here a long, long, long time), but I thought I'd share this cute photo of Aster. She and I went to a nearby creek and were just tossing some pebbles into the water, which made her smile with delight as you can see here!

Aster at our favorite creek.