I've had some people in my hometown leave my email list huffing because they perceive my  occasional comments about my city as "negative."  But I think I am pretty even-handed.  I live in a post-industrial Rust Belt city that fell upon hard times after manufacturing jobs fled, but the city is scrappy and, to my eye, appears poised for a rebound.  Over the weekend I took Aster and Bea downtown  where we shared a smoothie at the Triple Moon Cafe and then just walked on a downtown street that 10 years ago I would have felt unsafe doing.  But now that same street has traded in its Cash for Gold stores and flea market shops for a retro record depot, wine bar, art center, gift shops, and boutiques.   And on the sunny Saturday afternoon there were teenage girls all decked out for prom having their photographs taken. Downtown.  My downtown. Whoa, that wouldn't have happened 10 years ago.  I'm amazed at how far its come, frankly.  And it was just so nice to be able to take my kids someplace 5 minutes from home for an enjoyable afternoon. I used to have to head for Dayton or Cincinnati for something fun. 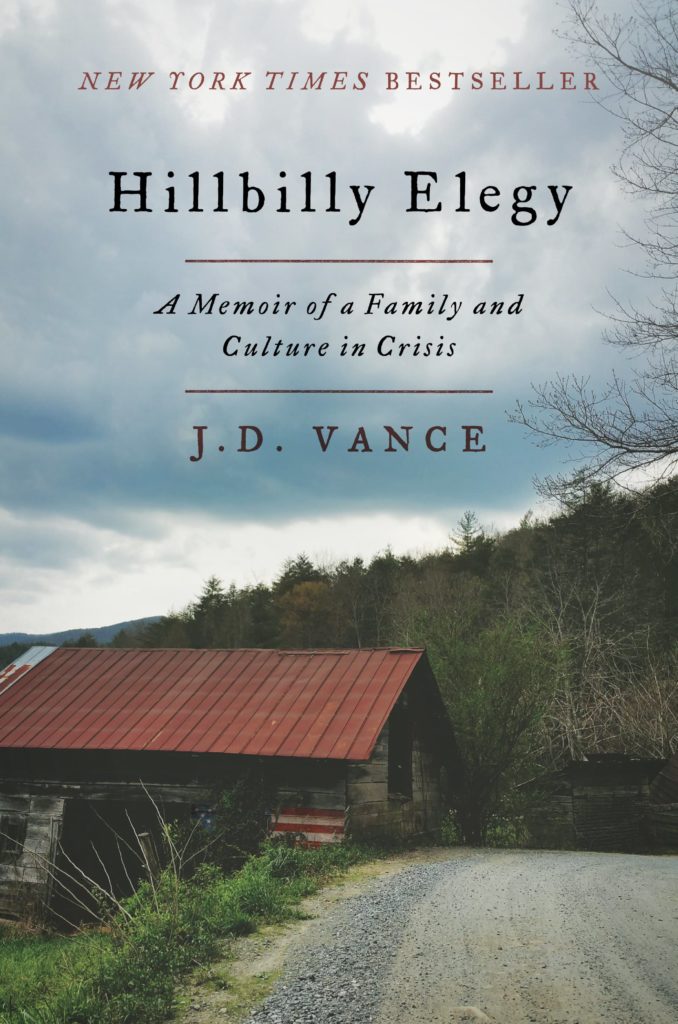 This book has been on the NY Times best-seller list.

In yesterday's email blast (and if you aren't on the email list, sign up! Scroll to the end of this post and sign up!) I mentioned about wanting a good book to read.  I've heard a lot of good things about Hillbilly Elegy by JD Vance.  You can buy the book here through my Amazon affiliate link.  The book is largely set in my hometown and traces the struggles those here have faced.  My mother and wife have read the book, I need to also, here is what the Amazon description says:

The Vance family story began with hope in postwar America. J.D.’s grandparents were “dirt poor and in love” and moved north from Kentucky’s Appalachia region to Ohio in the hopes of escaping the dreadful poverty around them. They raised a middle-class family, and eventually one of their grandchildren would graduate from Yale Law School, a conventional marker of success in achieving generational upward mobility. But as the family saga of Hillbilly Elegy plays out, we learn that J.D.’s grandparents, aunt, uncle, sister, and, most of all, his mother struggled profoundly with the demands of their new middle-class life, never fully escaping the legacy of abuse, alcoholism, poverty, and trauma so characteristic of their part of America. With piercing honesty, Vance shows how he himself still carries around the demons of his chaotic family history.

And I will say, that the architecture in downtown Middletown is movie-set spectacular I think, with angular and colorful, crisp buildings.  I love driving and walking down there when the light is right because you're rewarded with these wonderful retro glimpses of a time when buildings were built to last. 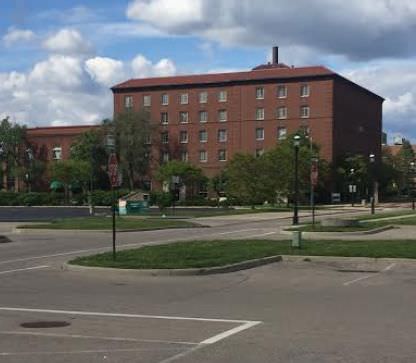 This stately building is what was once an elegant downtown hotel known as The Manchester. For generations it was the home to proms, Christmas dinners, and charity events. But the inn couldn't sustain itself through the city's recession. Notably, one of the last guests the inn hosted was Sarah Palin who stayed there the night before John McCain unveiled her as his running mate in 2008. The running mate announcement was made in nearby Dayton. Ms. Palin didn't have kind words about the Manchester. 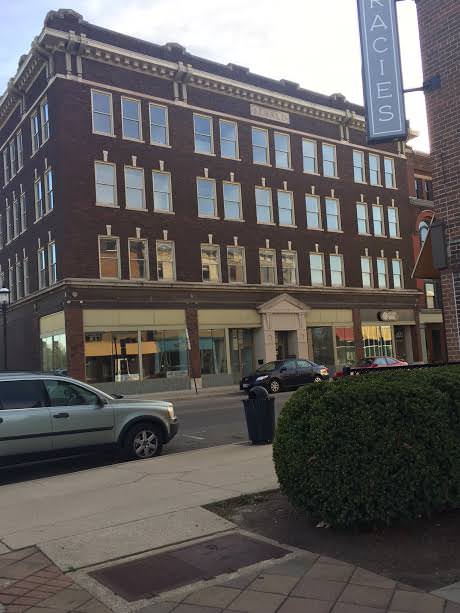 One of my downtown's many beautiful brick facades. Many of the buildings have empty floors still, which I think plans are for market-rate apartments someday. 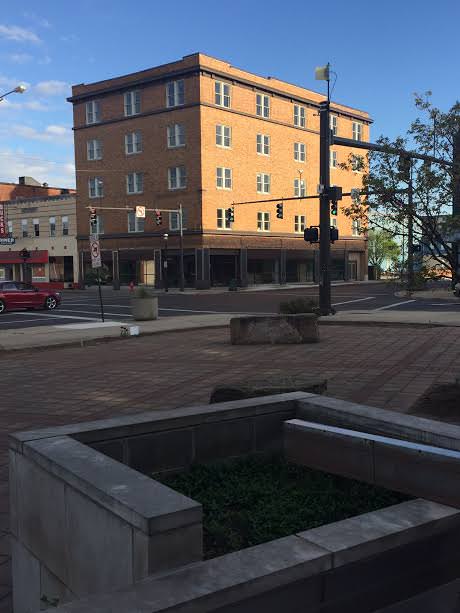 I love the way this brick gem is shimmering in the late-day night. 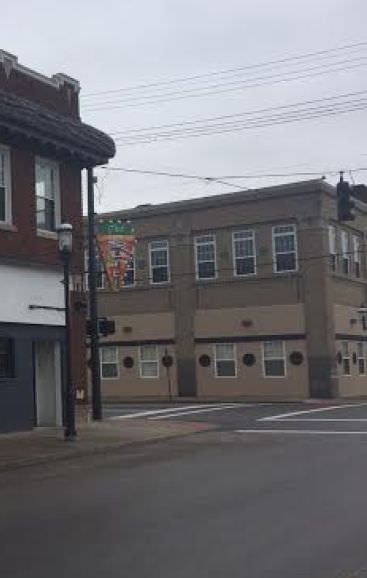 This is one new eatery I am itching to try sometime, it is a place called The Slice, and as the name implies and the sign shows, it sells pizza pie by the slice! 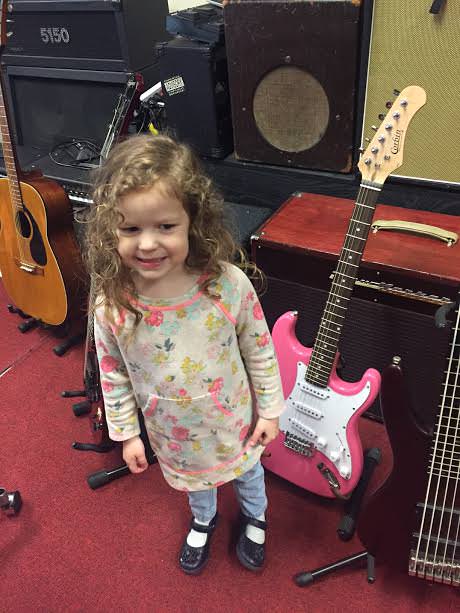 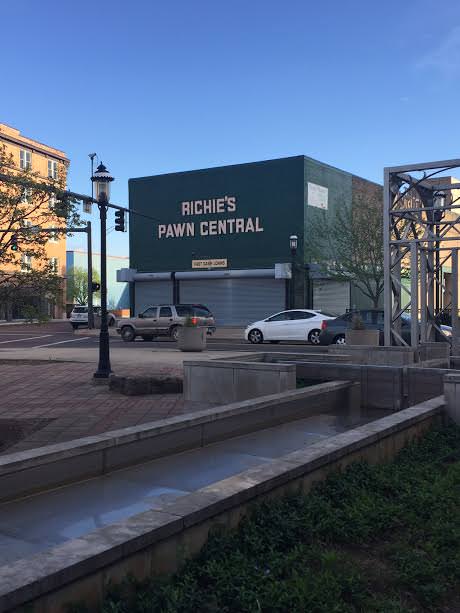 There's one pawn shop still standing downtown and it's been there for generations, it's really a pretty reputable business and seems to fix in okay with the mix downtown.