If you missed Part I and Part II, just click here.

Okay, this is Part III of my look at the best Amish reality TV show you've never seen. You've probably never seen it because it aired on the BBC overseas (which is why I think some Amish who normally wouldn't participate in something like this were persuaded to) and not in the USA.  An Amish man had the whole series on a set of DVDs squirreled away and her let me borrow them when Rachel and I spent the night in Holmes County.  She and I watched all the episodes in a single evening before returning them. 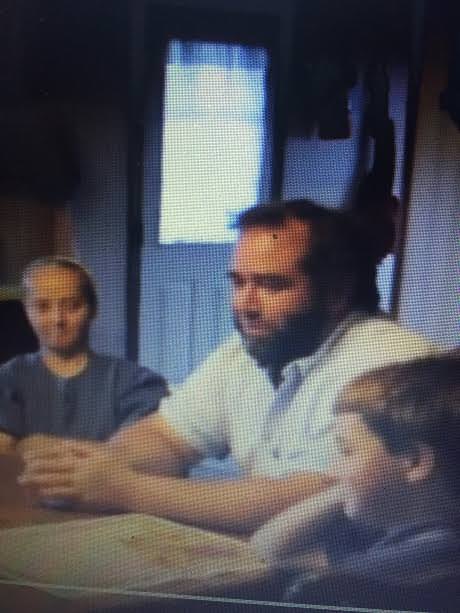 A grainy photo of a photo...this was from my visit with Lloyd several years ago. He's a great guy, among the most progressive of Amish.

The Lloyd Miller family is featured front and center in Episode III.  The Millers are good, good people who are members of the New Order Amish Fellowship (the show erroneously calls them "New Order", but they are actually New Order Amish Fellowship which is a more progressive sect than the New Order)  a progressive horse and buggy offshoot of the Old Order Amish.  Lloyd and I developed a friendly, but complicated, rapport several years ago after I approached him about being involved in an ultimately failed reality TV show project that a Hollywood production company had recruited me to initiate (that's a long story that I've told here before, but I may repost soon)..   Despite the way it all ended with Lloyd, I remain quite fond of him and his family.

I think Lloyd and his family did a super job in episode III of Living with the Amish, check it out here.