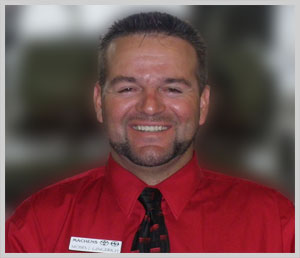 CATCH-UP WITH MOSE:   Two years ago the National Geographic show "Amish: Out of Order" was running on the NatGeo network to record ratings.   This was a crazy time in the world of "Amish reality."  I was under contract with a Hollywood production company to produce a respectful reality show and basically every production company with a pulse was out scouring Amish country looking for ratings gold.  Of all the dumb shows about the Amish that were put onto reality TV, only a couple were redeeming, in my opinion.  Amish: Out of Order was one of these good shows as was Vanilla Ice Goes Amish.  So if you were a fan of Amish: Out of Order and want to sort of catch up with the "cast of characters" two years later, check out the blog of the show's star, Mose Gingerich for a recently posted update.

AMISH IN NEBRASKA:  Not to be confused with "Nebraska Amish", an ultra-conservative sect of Amish in Pennsylvania and New York.  No, there are actually Amish in Nebraska.  The state has a very small, very slowly growing population of Amish in the northeast part of the state.  The state's small settlement is clustered around the towns of Orchard and Verdigre.  I know one of the founders of the Verdigre community, an Eddie Petersheim who came from Ohio and has been trying to bring other Amish out to Nebraska.  Obviously he's had some success, a buggy was spotted by a blogger in Verdigre recently. Check out this old-meets-new photo.

AMISH APPLE GOODIE:   I'm not sure whether I'm more focused on the recipe or the fact  that this is a mother-daughter blog.  Some families work together well.  My wife's family has run a store in town for over 120 years and they still speak to one another and get along.   My Dad often proofreads posts on this blog for me,  so in that sense it is sort of a father-son blog, but working with a parent on writing a blog daily?  It's a sweet sentiment, but I'm not sure if I could do that.  I think the duties would have to be carefully delegated.  Anyway, it seems to work for Julie and Maddie who serve up a traditional Amish apple recipe here.  Yum!

EGGCELLENT AMISH:  This was a short, fun read about visiting some Amish egg farmers in Lancaster County. Click here to read.

AMISH CHURCH PEANUT BUTTER SPREAD:  SIGH, this concoction....if you are lucky enough, some Amish-style restaurants even put this stuff in squirt bottles on the table right next to the ketchup and mustard.  There are variations on this recipe, but it's a deliciously sweet spread that many Amish put onto bread and eat as a sandwich.  I've posted about this stuff before, basically a blend of corn syrup, peanut butter, and marshmallow creme.  Really, does life get any better than that?  Read more about church peanut butter spread here and check out the rest of this "My Amish Indiana" blog, some great posts there, I am sure I will feature more from them in the future!