Beans are a staple of Amish gardens this time of year as the summer heat begins to crank up.  And what better way to enjoy them than this amazingly seasoned and substantive dish whipped up by friend of Amish365, Carmon Hacker!  Okay take it away, Carmon:

My maternal grandmother, born and bred on a farm in Wolfe County, Kentucky, used to serve these with cornbread and small, red potatoes covered in a cream sauce she made from scratch.  And to top it all off, she placed a platter of sliced tomatoes and crisp green onions in the middle of the table.  Some of the best summer meals from my childhood happened around her Formica and chrome kitchen table with this very menu! - Carmon Crystal Hacker 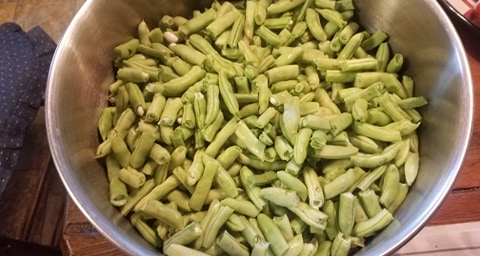 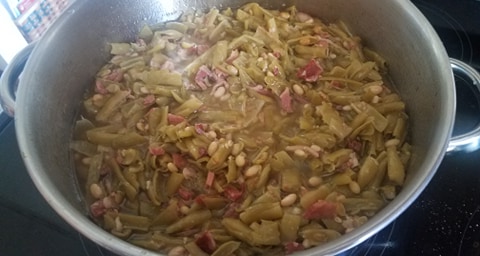 I can practically smell them as they cook! 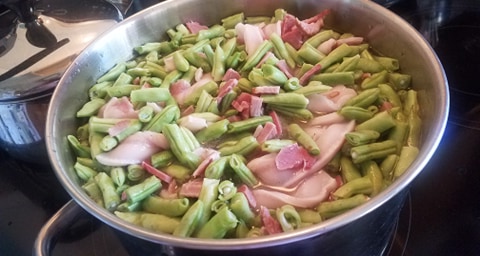 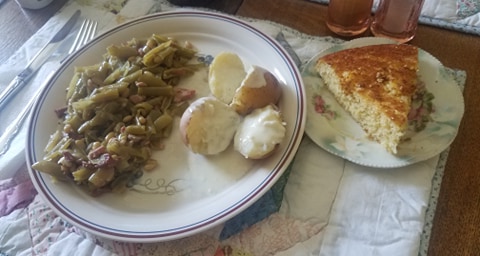