Okay, as those who read my newsletter probably gathered, I do like to bake with my 3 and 5-year-old girls.  But it definitely takes patience.  Aster, the oldest, can do just fine with everything and she's, in fact, pretty helpful now in the kitchen.  Beatrice is a bit more challenging to corral in the kitchen.

We were at my mom and dad's house while they were away and looking for an Amish recipe to make, but my parents pantry was pretty empty.  Still, we managed to scrounge up enough ingredients to come up with a cake.  My Mom had a big bag of walnuts in the pantry.   They also had a can of pumpkin, so I asked Aster if she wanted a recipe that used the pumpkin or the nuts, and she chose the nuts. So we flipped through some of my Amish cookbooks and eventually settled on a "nut cake."

The recipe instructions were incredibly spare.  As in, a list of ingredients and instructions to bake.  That's it.

Aster kept wanting to add stuff to it.  She suggested that we add peanut butter, "It is a nut cake, after all," she said.  I couldn't argue with that.  She also suggested cinnamon.  Everything tastes a bit better with cinnamon.  So I sprinkled some in.  The one "risky" move I made was to add a 1 cup of molasses that we had, I figured what the heck.....so I added that.  We also only had 1 egg and the recipe called for two, so we used 3 tablespoons of mayo. 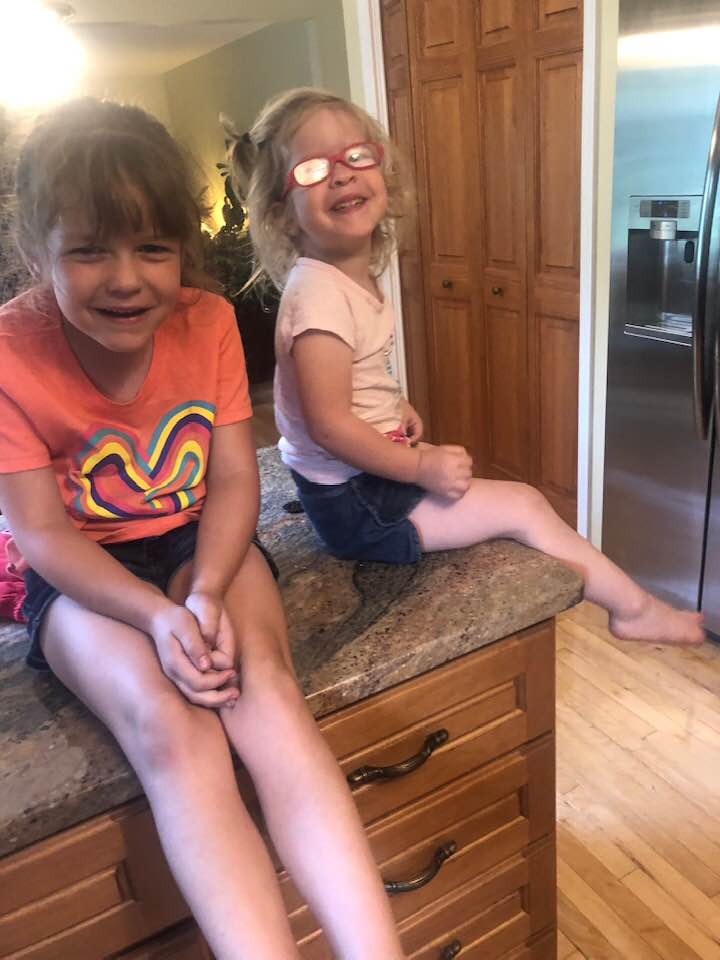 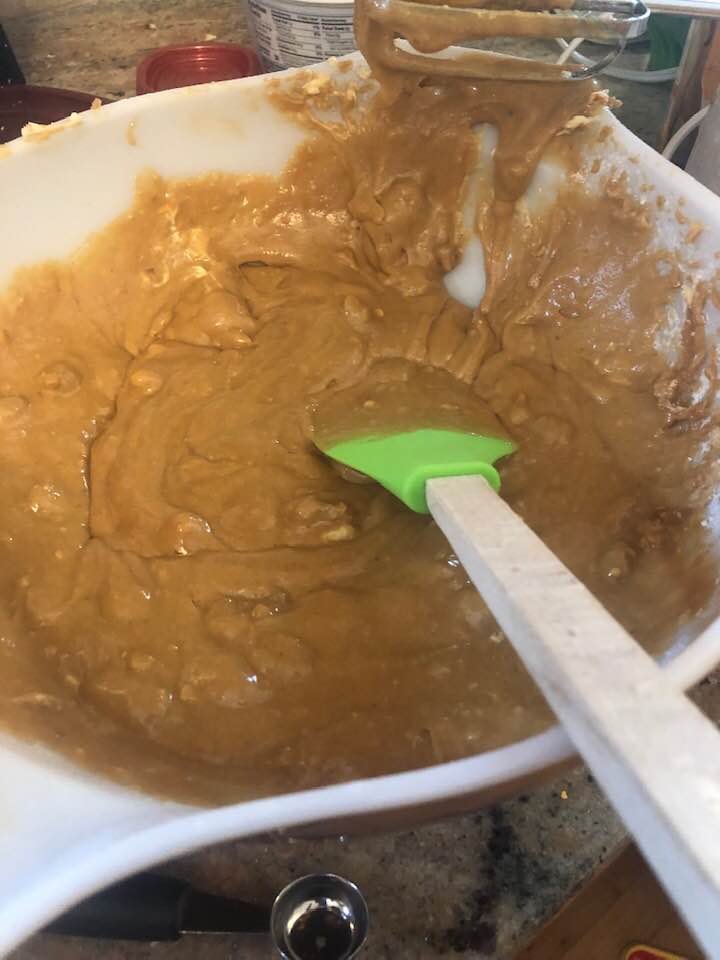 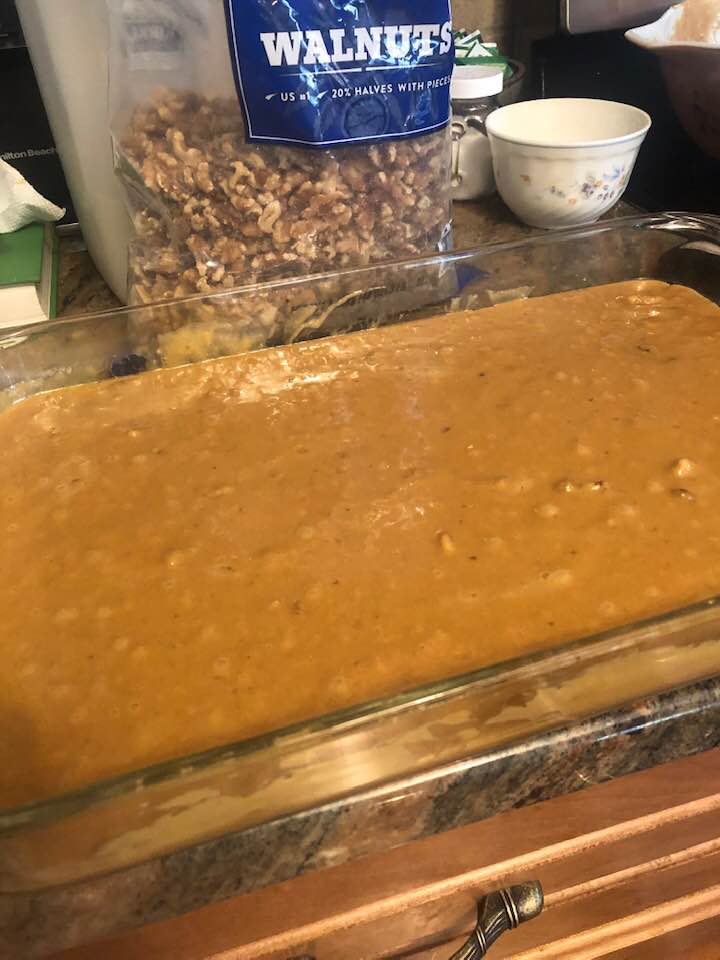 The addition of molasses gives the cake beautiful hue and great taste. 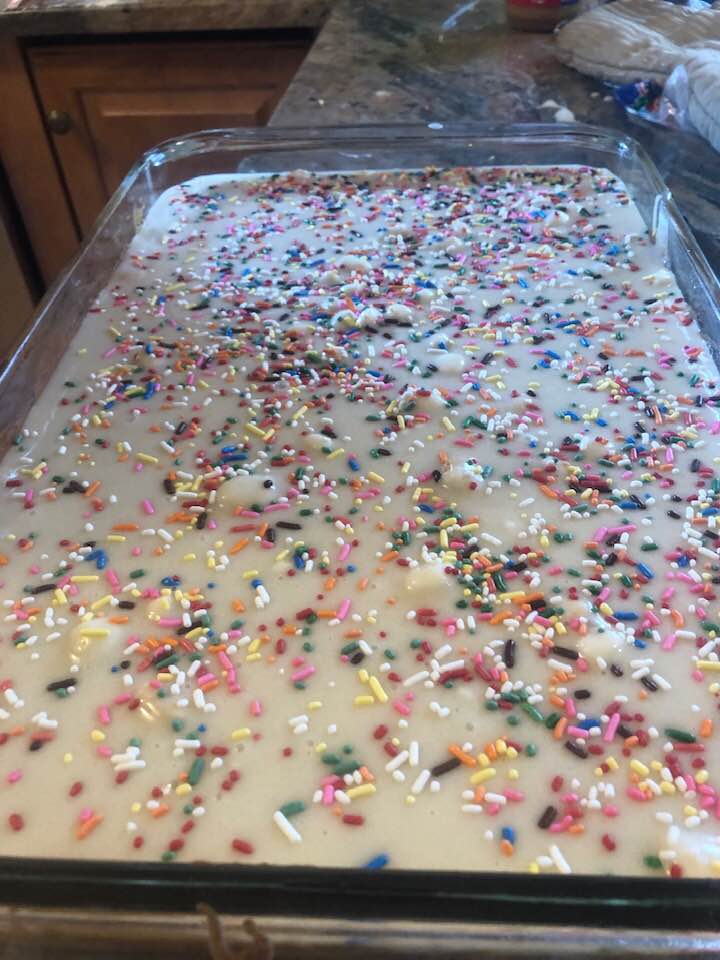 The cake covered with our runny marshmallow frosting and sprinkles... 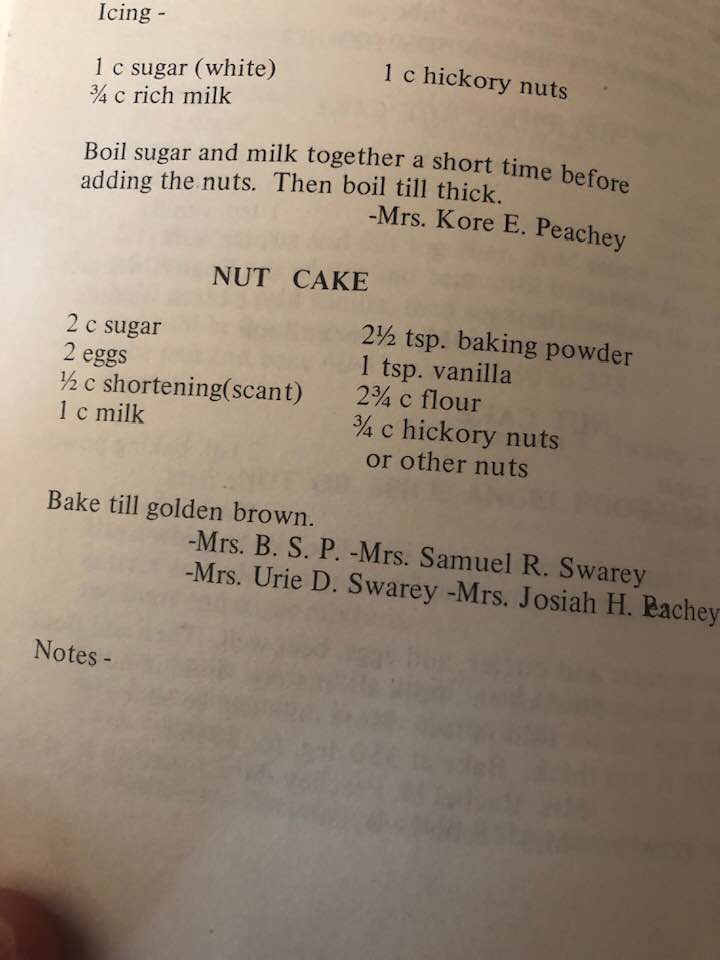 This recipe had very few instructions, no pan size, etc...so I had to improvise.

We baked it at 350 and after a half hour, the cake was done.  There was no pan size in the recipe, we used a 15 X 10...in hindsight, I would have used a smaller pan.  The larger pan size made for a thinner cake,but it was still great, I just personally prefer thicker.

Now, after all that, I will say the cake came out beautifully....a rich, nutty taste, the cake color was darkened by the molasses which was really nice.

Where we screwed up was on the frosting.  This cake would have been OUT-OF-THIS-WORLD if it had a good frosting. Aster spied a bag of marshmallows in my parents pantry and wondered if we could make a frosting from that.  So, I'm like, "what the heck?"   So I dumped the marshmallows into a mixing bowl and tried to pureee them on high with a mixer.  It didn't go so well.  I tried to compensate for my parents lack of powdered sugar with a Betty Crocker tip of granulated sugar and cornstarch, but we overdid it on the starch and the frosty came out tasting...starchy...

So, use one of these frostings...I think any of these 5 frosting recipes would have worked.