Many Amish today have telephones.  I'm not sure what percentage do, but my guess is that it is higher than most people think.  This is only anecdotal on my part, but I'd estimate close to half of the Amish have phones on their property. This 50 percent figure is based on some pretty extensive research I did a couple of years ago.  The phones are usually located in small shanties away from the house. A smaller percentage of Amish have cell phones, but they remain the minority.  Without widespread access to telephones word-of-mouth remains the greatest weapon of choice when disseminating information among the Amish.  It often seems these "grapevines" are quite accurate.  If the bishop's wife breaks her ankle slipping on a banana peel, that story seems to get told astonishingly accurately as it spreads among the Amish. At least that is my experience.   I wish I could report the same accuracy about my hard of hearing Italian-American family.

Rachel, Aster and I visited my 89-year-old grandmother last night for supper. We had an enjoyable visit.  Grandma enjoyed her first-ever Smashburger and Rachel and I brought some chocolate pie.   Rachel can feel proud that her pat-a-pan pie crust past muster with my normally fickle grandmother.

As we were leaving, my Uncle Pat remarked rather casually.

"I heard about your brother's car, the new one he just bought....I heard it blew up." 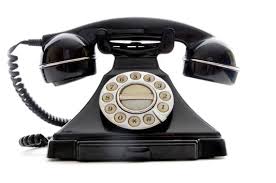 I looked at him quizzically and was quite shocked.

"Yea. It blew up, Larry said it blew up."  Larry is an uncle of mine and he works at a local car dealership.

I thought it was a strange tale. My brother had just bought a used Chevy Lumina a few weeks ago and it seemed to be running as smooth as a song.  And besides I had just received an email from my brother a couple of hours ago ruminating about what a "relaxing weekend it had been."  Certainly a car blowing up wouldn't qualify as relaxing, would it?    And how would my Uncle Larry know about it and not me?  I concocted all sorts of scenarios in my head, but none of them really made sense.

"Why don't you just call him?"  Rachel prodded me.
"If I thought there was any truth to the tale, I would.  Someone messed something up somewhere."  I declared.

My brother Geoff and I do communicate by email a lot.    With both he and I being fast typists with crazy schedules, it is often just as easy to crank out a late night email note rather than call.    So I did email Geoff about the family rumor going around:

ME:  We had a nice visit with grandma, but Pat said that Larry said your new car blew up. I highly doubt that is the case, I think this is another example of how Mom's family garbles up stories.  So, set the record straight. Hope your car is okay!

GEOFF:  My car is fine. Very weird.  I'll get in touch with Larry.

After going back and forth and following the source of the rumor, Geoff figured out what happened.

GEOFF: "I think I've figured it out. I just wrote Larry two notes, with the second saying where I think the confusion came from. Hooper, our dog, died. Tuesday. It seems very plausible that somebody said to Larry, "Geoff's dog died," and he heard, "Geoff's car died." Or somebody else in our family, who is hard of hearing heard that my "car" (instead of dog) died, and told Larry...But I'm sure it has something to do with Hooper.

Turns out he was correct, although were still not sure who originally swapped "dog" with "car", I guess the investigation will continue.  Does anyone else have families that mangle messages?