I've seen some real head-scratchers in my life when it comes to where some businesses choose to locate or choose to partner with.  For instance, on Far Hills Avenue in Kettering, Ohio, there is a Chase Bank branch tucked into the same building as a florist.  They even share an entrance. Go left, make a deposit, go right, pick up some flowers.  Doesn't really make sense, but oh well.

This isn't really a "business location" per se but for decades my grandma belonged to a weight loss group. They would weigh-in once a week and then....go out to eat after each meeting.  Usually at the nearby all you-could-eat buffet. Just seemed like that may have taken the edge off their mission a bit. 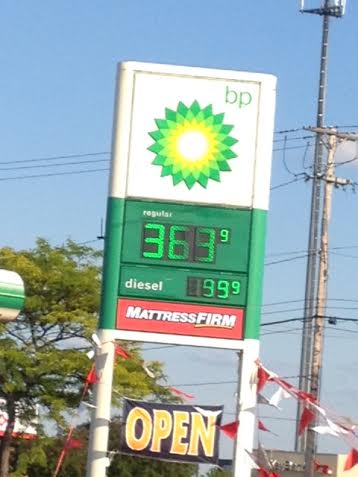 This business caught my eye the other day at the corner of State Route 725 and 741 in a Dayton suburb .  I'm a convenience store connoisseur from all of my time on the road.  For years there has been a dumpy gas station on that corner, a very, very high traffic corner.   I perked up a month or so ago when I noticed construction being done on the tiny building there, I thought that corner would finally get a good convenience store.  Um...no, it's a mattress store and gas station combo.  Huh???  Maybe it's just me but isn't a mattress something you put a lot of thought into first?  You aren't just filling up your gas tank and then suddenly thinking "gee, we really need a new mattress, I'll grab one and a soda inside."

Can anyone explain the logic of putting a mattress depot inside a gas station?? 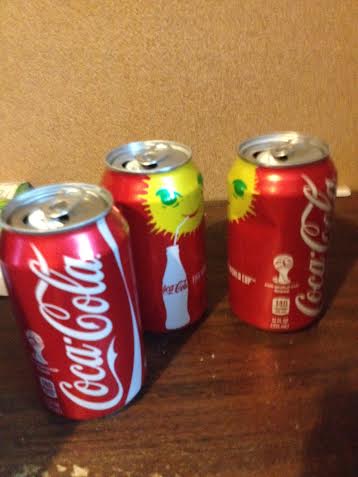 Speaking of grabbing a soda, I grab a soda way too frequently.  Coke - cold cans of Coke - are my vice.  It's cheap, it's cold, it's comforting but I know it has to be like downing poison.  I certainly wouldn't recommend my own daughter drink the stuff, but I have never found anything to replace it that does the same thing that Coke does.   Yes, ice water - cold, refreshing ice water - is free, refreshing and is definitely underrated, but it doesn't have the same comfort factor as Coke.  A slice of pizza and glass of ice water just doesn't do it.   Rachel's family has turned me into a bit of an iced tea fan, but I drink it sweetened which seems just as bad as soda.  I don't drink coffee and I feel like most of the world guzzles mugs of java most mornings, so is my Coke habit really any different?

Coke is my "goldilocks soda", Pepsi's taste just misses the mark...Mountain Dew and others are too sweet, but Coke...pure bliss....And RC is underrated, in my opinion.   So has anyone kicked the soda habit?  And if so, did you feel better?  Lose weight?  No difference?   It's like anything you have to want to do it, and I don't know that I want to do it...yet I know it's not a great thing to consume....