My Five Favorite Shows: Everything is more complicated these days. Even television. When I was a kid there were about 5 or 10 main channels to pick from that everyone watched.  There were no DVR or TIVO options just clunky, clumsy VCR tapes to maybe record a show for later viewing.  But for most of my childhood there wasn’t even that.  So people tended to coalesce around certain shows: "appointment TV" it was called.    For instance, when Family Ties enjoyed it’s long run in the 1980s we’d all have to either be at our TVs at 8:30 on Thursday night or risk missing the show.  I remember the powerful Sunday night CBS lineup in the 80s of All in the Family, The Jeffersons, and Alice. Ahhh, what shows.  Sunday nights in the 70s were appointment TV. Fast-forward to today and there are a gazillion channels (I think our TV goes up somewhere over channel 1000…I’ve never actually checked to see how high I can go.)  I rarely have time to watch any of them anymore (having a toddler is the best cure for too much TV).  But when Rachel and I can carve out that rare half hour or 45 minutes to watch a show, here are my current five favorite shows. What are yours? 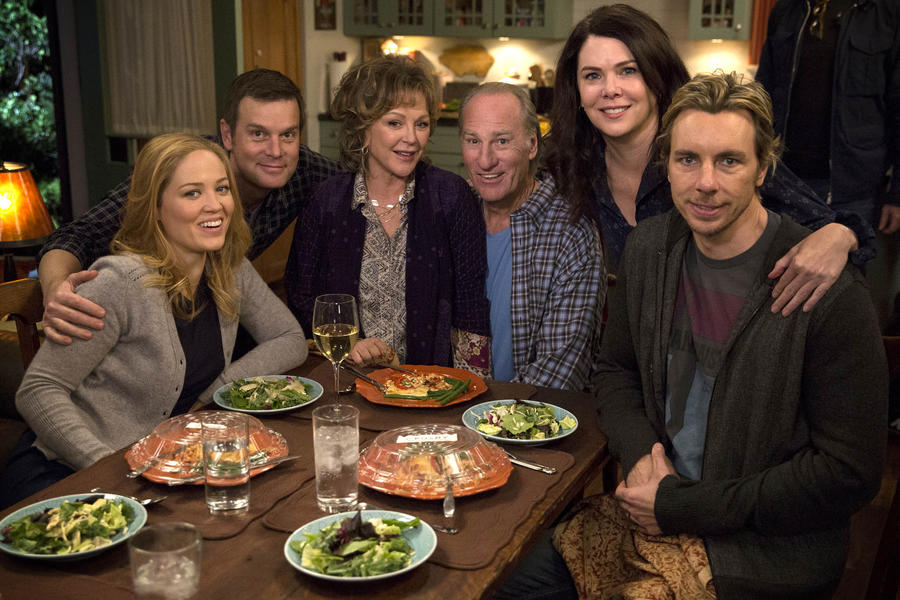 Parenthood (NBC):    SIGH, I’ll be sad to see this show go.  It’s in its final season and I’ve  just loved it.  The huge ensemble cast is great (and expensive which is probably why the show is going off the air).  The hour-long “drama-edy” follows the Braverman clan through their various trials and triumphs.  The show is a wholesome throwback a modern-day heir to such family shows as The Waltons and Little House on the Prairie.  Next week is the show’s final episode after a good five season run.

The Middle (CBS):  For awhile I watched Modern Family and The Middle and I liked both but in the end – ugh – I guess I can just relate to The Middle more.  The show puts laughs into the day-to-day drudgery of those who struggle in the middle class.

Nashville (ABC):   I’m loathe to admit this one publicly.  But, you know, I can blame my wife for most of the shows on this list.   In fact, I sat out the first season.  But Rachel insisted I would like it so I grudgingly gave it a try and then suddenly I was sucked in, like one of those afternoon soaps my grandma used to watch when I was a kid.   Will Deacon and Rayna finally connect?   I don't even like country music, what's wrong with me that I like this show???

Downton Abbey (PBS):   What a fun show.  It’s sort of a British aristocratic escape each week.  Can you imagine having so much money to spread around that you have your own personal butler or maid to help you dress every day?  Sheesh.

Homeland (SHOWTIME):  This was an absolutely gripping drama that makes Nashville look like Hee-Haw.  This season’s episodes are all tucked neatly away on our DVR or hopefully future watching.