This is off-topic, but occasionally I get nostalgic for yesteryear.  I think it was attending my first-grader niece's Christmas program at school last night.  Just seeing all the fresh faces and callow youth there brought back memories of innocence and food nostalgia.   I have a lot of memories of food growing up: homemade spaghetti sauce at my grandmother's, exotic foods from the bazaars of the Middle East, and just regular American supermarket fare. Is some of this stuff still sold? I have to admit, when I go to the grocery store now, I tend to just stick to the perimeter of the store...I usually stay away from the belly of the beast, so even if this stuff still exists I don't see it.

I guess I could Google it, but that is no fun!, so anyway, are any of these foods still around? Do you have one you'd like to add the list?

Okay, here are some favorite supermarket foods of my youth....gone?,  maybe not, but definitely not forgotten...

BREAKFAST SQUARES:  These were some cakey squares packaged in foil pouches.  I think they came in three flavors: spice, vanilla and chocolate.  They were kind of dry and crumbly, but they were a favorite of mine when I was a kid.   I do think these disappeared from store shelves sometime in the mid-1980s.  Does anyone remember them? 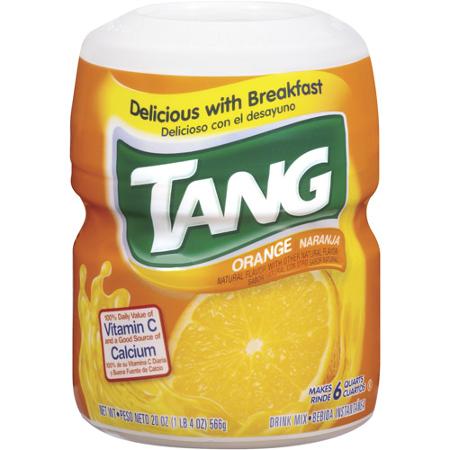 This isn't how I remember the package looking....wasn't there a rabbit on it?

TANG:  I never even liked this drink that much, I always thought it was kind of tart, but we kept buying it anyway. It was easy for me to make, which I think was the parental appeal.  I think Tang reached its height during the 1970s, “foods that might make it in space” craze.

HASH:  I don’t even know what this stuff is.  My Dad wasn’t usually the cook in our family, but on the rare occasions that my Mom would miss dinner, Dad would break out the cans of hash.  Do they still sell it? What is it?

STEAK-UMS:  I think I’ve posted about these before.  My Dad called them “Grease-Ums”, and that was accurate. These were thin rectangles of frozen beef that you could quickly fry and make your only Philly cheesesteak type sandwich, swimming in a pool of grease.

SOFTBATCH COOKIES:  I think when these came out, they took the snack food world by storm.  After years of eating hard-as-a-board Chips Ahoy, finally a soft chocolate chip cookie (I think my Dad christened these “Fat Batch”, because you could eat so many of these in a single sitting).  Still, how were these cookies so soft after sitting on a shelf for so long?  That is a little disconcerting.

HORMEL SHELF-STABLE MEALS:  I don’t think this was the exact name. I can close my eyes and picture the package.  Mom would buy some of these I think for us to have as easy lunches, there would be beef and potatoes or chicken and potatoes.  Here’s the scary thing: they weren’t refrigerated. They were just in the regular supermarket shelf section, I think, near the soups.  You’d microwave the container and have hot chicken, gravy, and potatoes.  I don’t even want to think about the preservatives needed to make something like a moist chicken breast stay shelf-stable.

MRS. PAUL’S FISH STICKS:  Ah, another of my Dad’s specialties….are these even still around?

FROOKIES:  Does anyone remember these?  These were supposed to be "healthier cookies", sweetened with fruit juice instead of sugar?  I don't think they ever really caught on.  My Mom bought them on occasion, but they couldn't compete with "Fat Batch."

SNACKWELLS:  Anyone remember those supposedly healthy chocolately, round, cakey cookies that were all the rage in the 90s? Do they still make those?