Lots of topics people are talking about in the news this week and just thought I'd throw in my two-cents about some and let others blow off steam about them too if you want.  Everyone is talking about Bruce/Caitlyn Jenner....the topic is just sort of old to me right now.  Live and let live and move on.   Other topics on my mind: 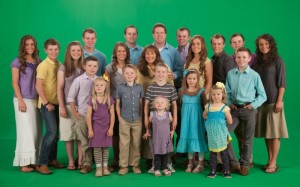 The Duggar clan in turmoil....

THE DUGGARS:  I've not watched any of the interviews on Fox.  I may watch tonight's. I just find myself disillusioned with the whole thing.  I think an awful lot of people have been crucifying the Duggars when no one (except them) really knows what happened, how it happened, the context, etc.  But I also think the Duggars have handled this whole thing poorly too.  So I'm just kind of disillusioned with them, the story....I do think the Josh Duggar case is different  (not better, but different) than, say, the Dennis Hastert case where you had an older teacher in a position of authority who likely committed abuse.  To me, that situation is much more clear-cut (from what we know).

BLOWING UP A MOOSE:   This story is awful.  Now don't tell me that I care more about moose than people, it's just that this story seems more clear-cut to me:  did Montana Fish and Wildlife REALLY have to kill and then dynamite this baby moose that a Good Samaritan tried to save?  I know, I know, I read the article, I get the logic, but my gut just tells me someone could have tried something else.  Just seems terrible.  Click here to read.

HOT CAR DEATH:  Stories like this make me ill.   Just a tragedy and I try not to be judgmental towards the Mom who has to now live with this for the rest of her days.  I am often amazed just how quiet Aster can be when I'm driving her around.  Sure, there are plenty of times when she is excitedly pointing out trucks or doggies or a robin but other times she is just silent as a stone. And while I know rear-facing seats are safest, I still don't like them because I can't see Aster (I know, we could get a mirror, but those have drawbacks too such as becoming a projectile in a crash).  Anyway, Aster is rarely far from my mind so that is better than a mirror.  But, ugh,  I just hate reading these stories every summer.