A year or two before I really became interested in Amish culture, there was a feature in People Magazine.  In 1987, People Magazine ran an article about the abundance of Millers and Yoders in the community and how all the similar names gave the local mailman fits.   The article reads:

"This isn't like a regular office you go into and memorize names," said postmaster Terry Hagedorn, with some understatement. "It's trickier."

There are 17 Mary Millers in the Kalona area. Five Marlin Millers. Seven Barbara Millers. Twelve Mary Yoders. Five John Yoders. There is an L. David Yoder and a David L. Yoder. There are Alta and Alva Yoders and Vera, Verba and Verda Millers. There was a Miller Yoder, but he moved away. 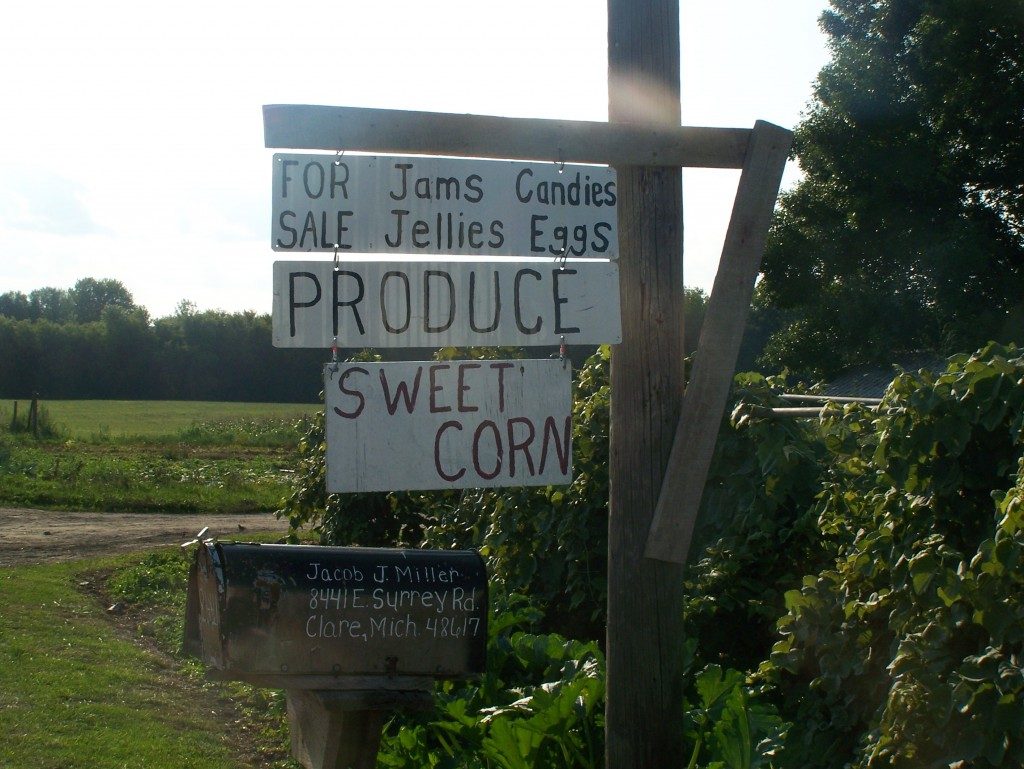 Miller, as seen on this Amish mailbox, in Clare, Michigan is a common name in pretty much every church district.

Wow, and I thought my name - Kevin Williams - was common.   The similarity in Amish names is no accident, for years their names reflected the same conformity they try to emulate in their actions, i.e, clothing, etc.  Amish names, though, are beginning to loosen up a bit as you seem some "trendier" first names seeping into Amish culture.

Some Amish last names are more common in some communities than others, here’s a quick primer.  This list is by no means exhaustive, just gives you a sample:
BERNE, INDIANA:  The last name Schwartz is very, very common here and in other Swiss Amish communities like Marshfield, Missouri, but not that common else where.

LANCASTER COUNTY, INDIANA:  Lapp and King are two very common Amish last names here, but they aren’t as common in other areas (unless they are daughter communities of Lancaster, i.e. Wayne County, Indiana).  In fact, I never run into the name Lapp, for instance, in sprawling Holmes County, Ohio’s Amish community.

DAVIESS COUNTY, INDIANA -   Stoll.  The last name Stoll is quite common in Daviess County, Indiana.  But the Stolls have moved a lot over the years, so you do run into Stolls in far flung places like Aylmer, Ontario and Unity, Maine, but the Stoll roots are in Daviess County.

HOLMES COUNTY, OHIO:    There are plenty of other names in Holmes County, Ohio but a couple that stands out are Keim and Kauffman, you see these names here a lot, and don’t necessarily find it much in other large Amish communities.

“Universal Amish Last Names”:  Yoder, Miller, and Bontrager are found pretty much everywhere.  There are others: Stutzman, Hostetler, and Coblentz are pretty universal.