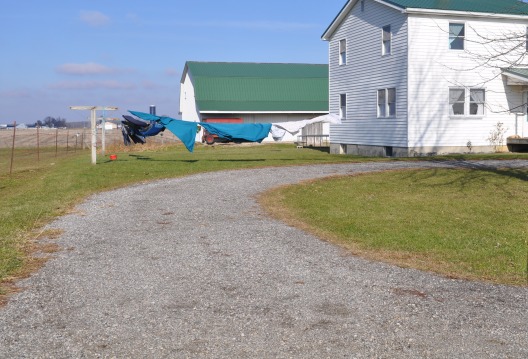 The familiar blue hues that accent Amish laundry and linen near Berne, Indiana

While exploring the sprawling Amish settlement near Berne, Indiana yesterday I soaked in the scenes of colorful laundry hanging on lines.  Much of the laundry was accented with the blue hues so common here.  But as I was driving by one house, something caught my eye.  It was windy and tiny pairs of jeans hanging on lines inflated in the breeze like a puffed up sail. But something beside the jeans stuck out, so I turned around for a better look.  Sure enough....

Zoom in and you can clearly see the Indianapolis Colts insignia. 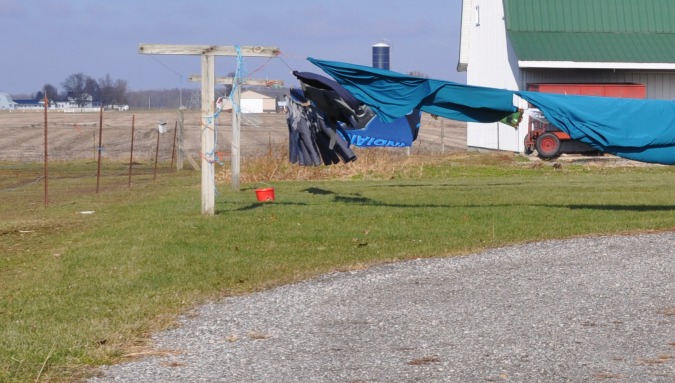 The Indianapolis Colts may count at least one Amish fan among its ranks. 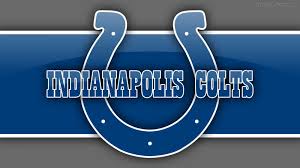 Let me say that baseball remains America's pasttime among the Amish. Football just hasn't caught on among the Amish the way baseball has.  I think it's because baseball is a much more accessible sport.  Anyone can play baseball and that has appeal among the egalitarian Amish.  And football is hallmarked by hard physical hits and tackles which many Amish would view as unnecessarily violent.  Yet, do we have a closet Colts Amish football fan here?  Possible. Certainly there have to be some football fans among the Amish, they aren't completely insulated by pop culture and Berne is Colts country.   If I had to hazard a guess, though, I'd say its more likely that the towel was picked up at a thrift shop or garage sale because it was just a nice, big towel that happened to fit within the color scheme that the Berne Amish tend to favor.  Of course it is also completely possible that we have a Colts fan living there.  I guess that's just a mystery that will have to endurse as I didn't stop and ask, I was on my way someplace else.  More about that stop in the coming days.