Last week we were in Holmes County, Ohio (largest Amish community in the world) with our girls.   The first part of the trip was filled with business meetings and my wife and daughters patiently hung out at the hotel while I did those.  Probably wasn't the most fun for them so I really wanted our second day in Holmes to be for the girls, especially 3 1 /2 year old Aster since baby Bea, well, she's baby Bea, just sort of laid-back and goes along with whatever.

I had seen brochures for Hershberger Farm & Bakery between Berlin and Charm for a long time and dismissed it each time as a kitschy tourist trap that I'd never stop at.  I've got plenty of Amish friends who I can visit if I want to see a farm (sorry, that is the "Amish snob" in me).  Well, now that I have kids, well, life is a different story.  Suddenly, Hershberger Farm was sounding appealing:  baked goods, buggy rides, petting zoo.    Aster could run around and expend some energy before the car ride home.  Sure, let's do it!

Our stop there didn't start out that well.   Bea did an absolutely massive blow-out in her diaper as we were pulling in, so Rachel (I DO change plenty of diapers, I guess we drew straws on that one and I came up lucky) changed her which was a bit of an ordeal.   Then Aster wanted to try sitting in a giant hickory rocker outside the farm store, a rocker fit for Paul Bunyon.  That was fine until she tried getting off of it and the chair catapulted her onto the hard concrete. Fortunately, she caught herself with her hands and was just shaken a bit.

But once we got over that we had fun exploring.   The farm store had a little farm-type play set which Aster had fun with.   There was also a bakery which was the star of the show.  Honestly, I wasn't expecting much from the bakery (just thought it'd be too touristy) but I was pleasantly surprised.  They had your standard Amish fare: cinnamon rolls, doughnuts, cream sticks, but also some more innovative, offbeat stuff like cheese tarts and homemade turtles. Aster was chatty, chatty, chatty with anyone who came with her sight, I think the Amish women behind the counter didn't know what to make of her.

We then headed for the petting zoo area where Aster checked out some piglets and goats.

I was under the impression that this was not an Amish-owned place but I think I'm wrong.  All the workers there were Amish and there was no electricity, so, anyway, all-in-all, it was a very pleasant experience.  If you have kids and are in Holmes County, I'd recommend stopping here (or if you don't have kids, but have a sweet tooth, stop at the bakery!) 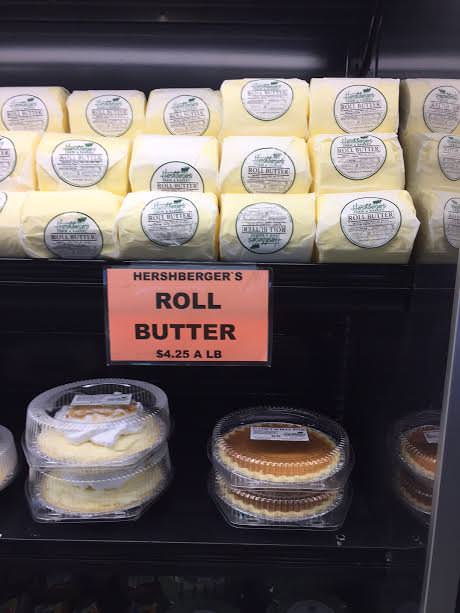 I was watching my pennies on this trip or I would have bought a lot more, these Amish dinner rolls looked amazing. 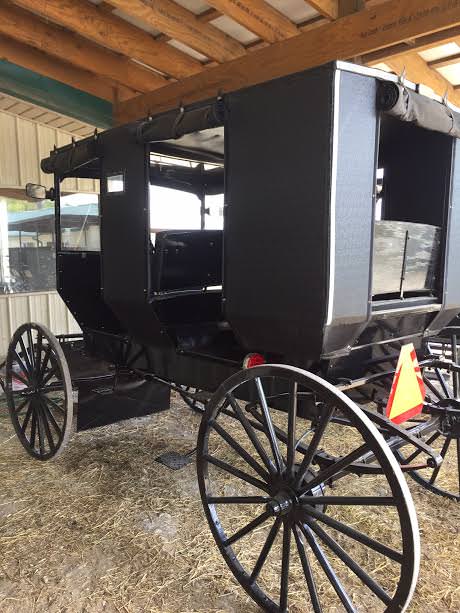 A buggy added some Amish ambiance outside. 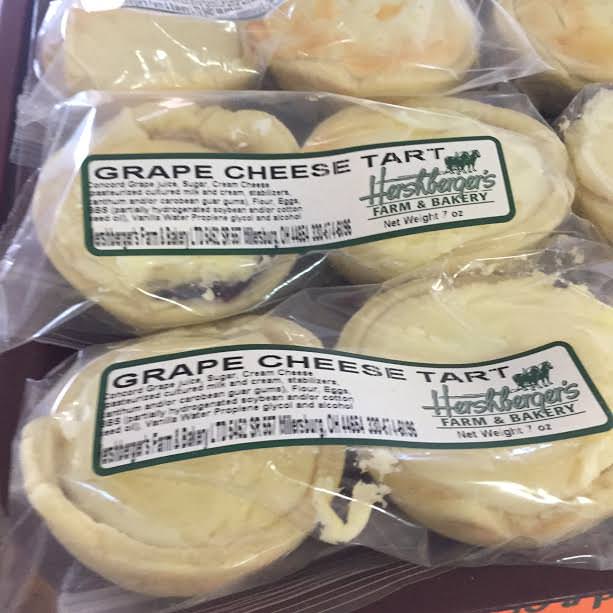 I was actually going to buy some of these (they had them in grape and elderberry, but I set them aside for a second to chase Aster and promptly forgot about them) 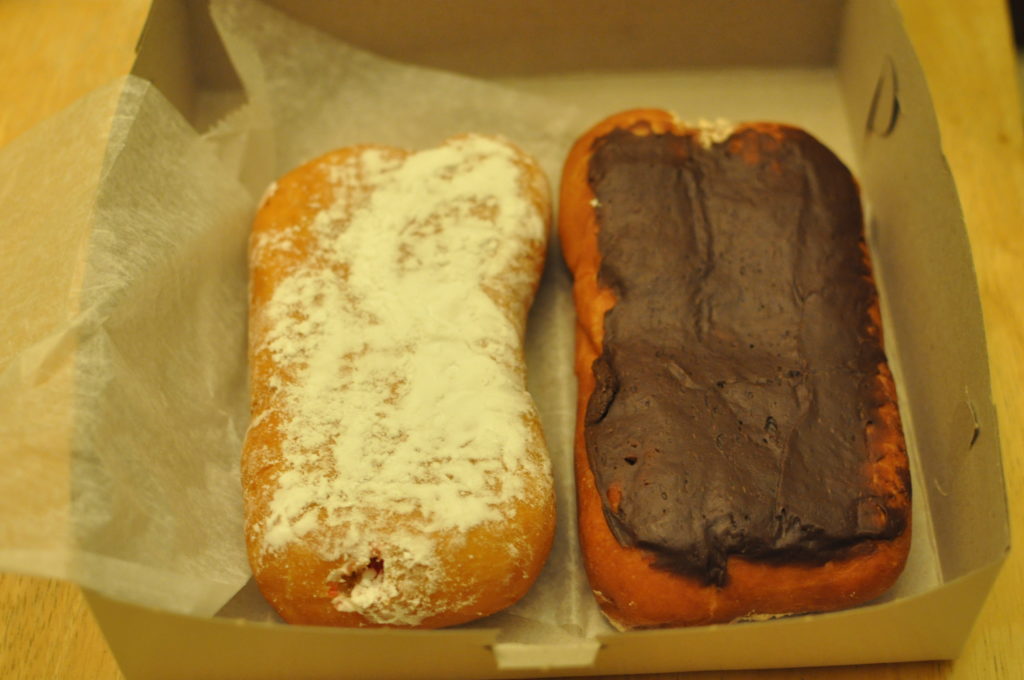 These cream sticks were obscenely large...the one on the right was peanut butter filled. (heaven) and the one on the left was strawberry filled and dusted with powdered sugar. 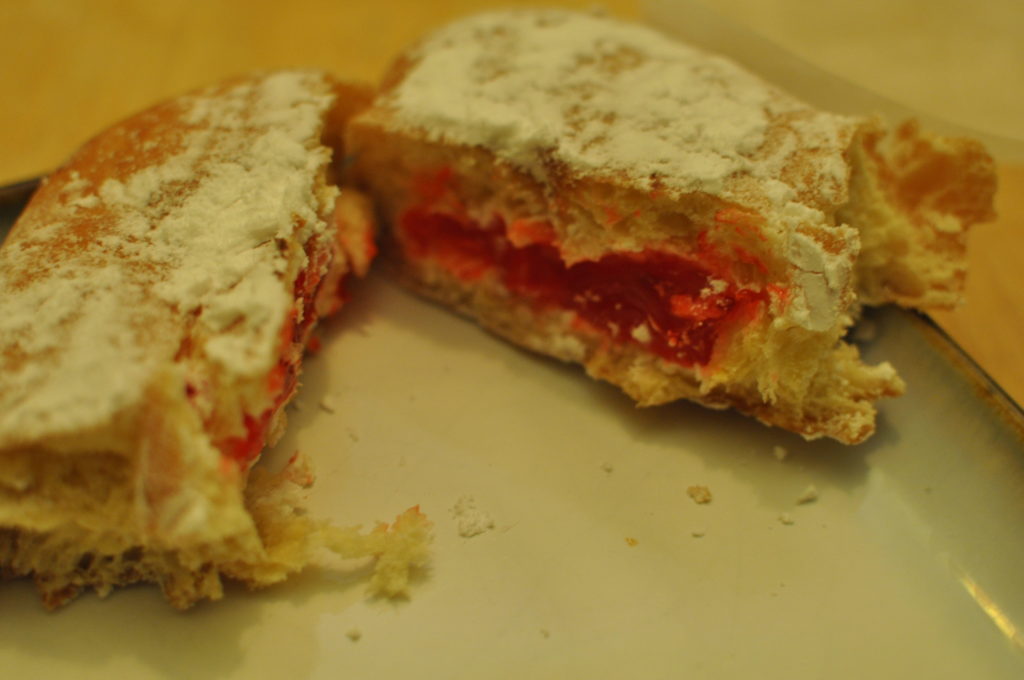 The inside of the strawberry cream stick.... 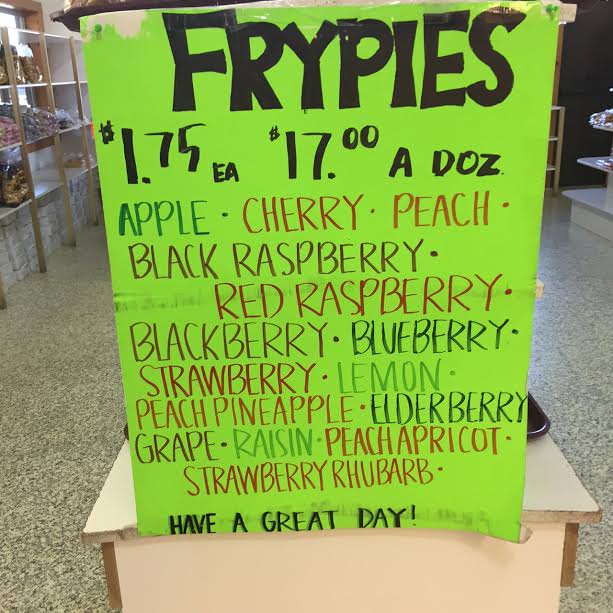 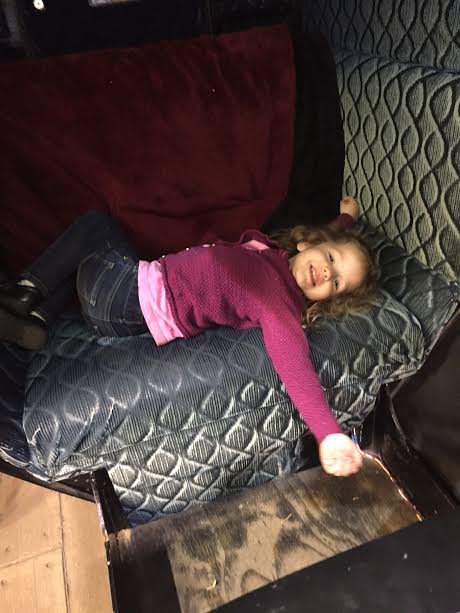 Aster relaxes on the buggy seat (okay, this at Lehman's, not Hershberger's, but thought it was a cute photo!)