This homemade Amish cereal recipe comes to us from an Amish woman in Union Grove, North Carolina.  Homemade cereal is popular among the Amish.  Why buy a $6 big box of bran when you can do it yourself at home?  This is an interesting recipe and I'm not sure what to make of it.   It's a little different than some of the Amish granola cereal recipes I've seen. Well, first of all, it is delicious.  I'd not be sharing the recipe with you if I didn't think it was good.  What was perplexing to me is how hard - like rock-hard, teeth-breaking hard - the cereal turned out.  That said, as soon as you add milk to the cereal, it softens and becomes delightful.  Part of me thinks the cereal shouldn't be this hard, but on the other hand, if it were soft when you added the milk, it'd practically dissolve instantly.  The way this cereal turns out, you add milk and it's near-perfect.  But you can't "snack" on this cereal plain, you pretty much have to eat it with milk unless you want to be scheduling teeth replacement work.   Oh, also, and this is good, you can mix it into yogurt and the yogurt has the same effect, softens it to near perfection.  So, is it possible that the cereal would have turned out better if I had baked it less?  Possible but, again, the trade-off is that it seems like it'd get super soggy fast.

I did not, by the way, "crumble the cereal into fine pieces" as suggested.  It wasn't so rock hard that it wouldn't crumble, it would have and maybe I should have done that.  For me, with food, biggest is usually better and I just liked the bigger chunks of cereal...once it softens in the milk I could break them up into smaller pieces, but if you want smaller pieces from the get-go just crumble it fine right away. I've even heard of some Amish putting the homemade cereal into a grinder to make it super fine. 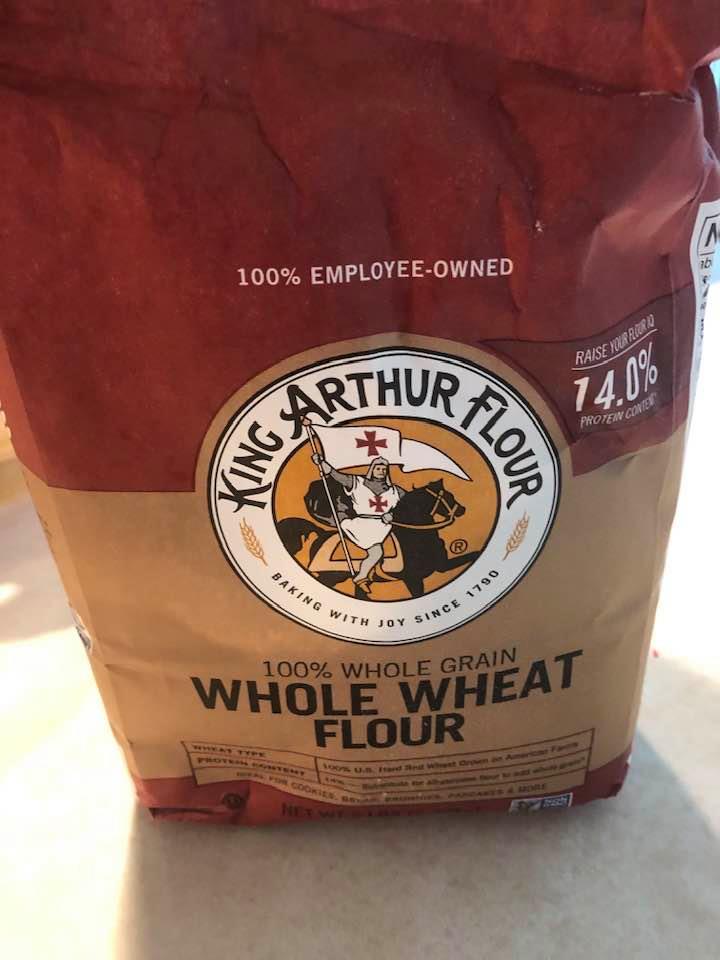 Use wheat flour, you can easily halve this recipe, that is what I did.... 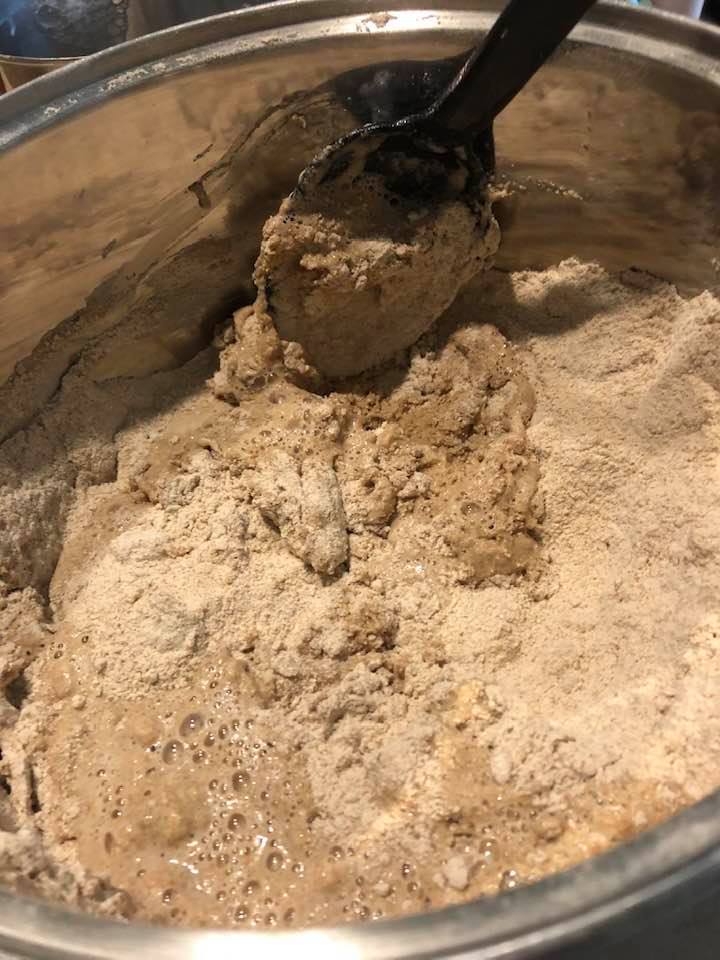 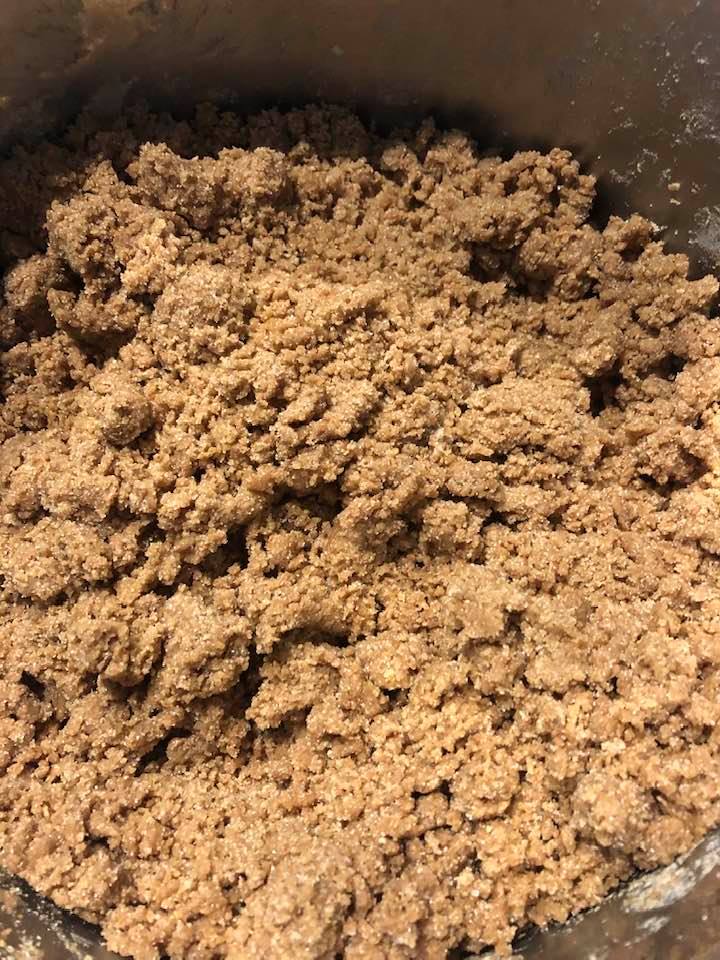 It gets coarse and crumbly.... 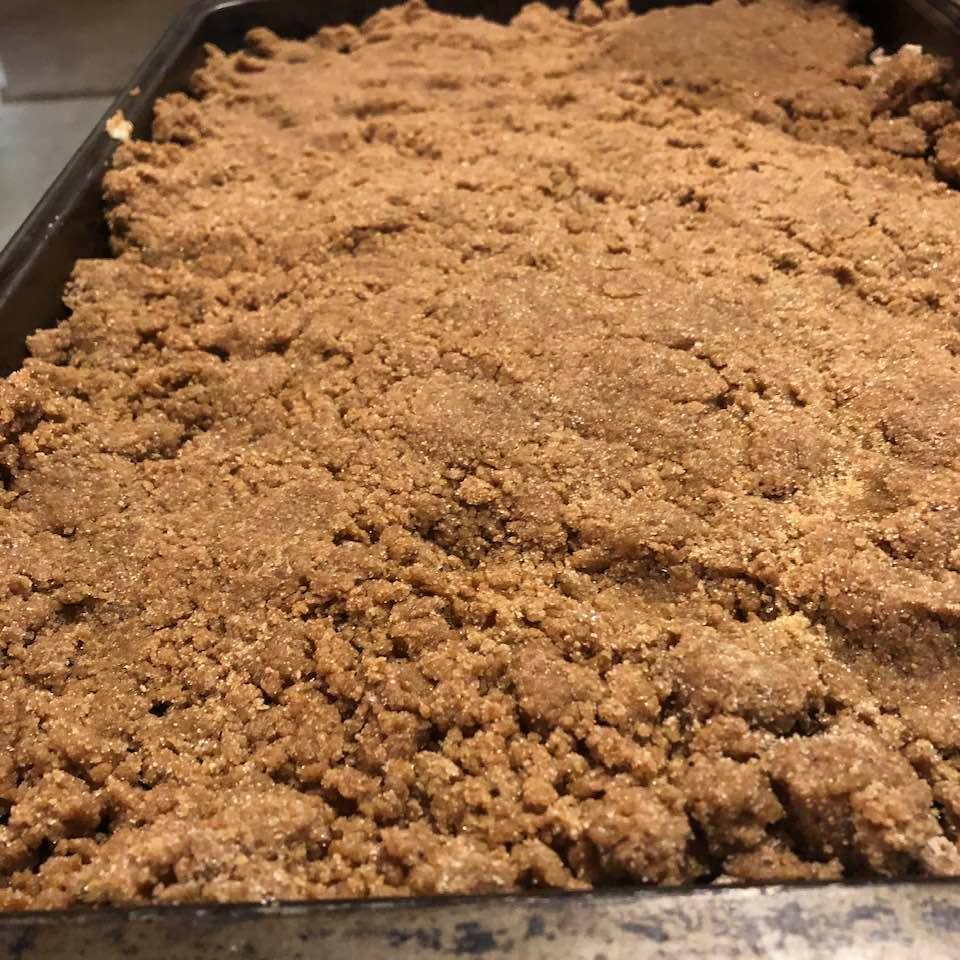 But then you press that corase, crumbly mixture into a pan/cookie sheet... 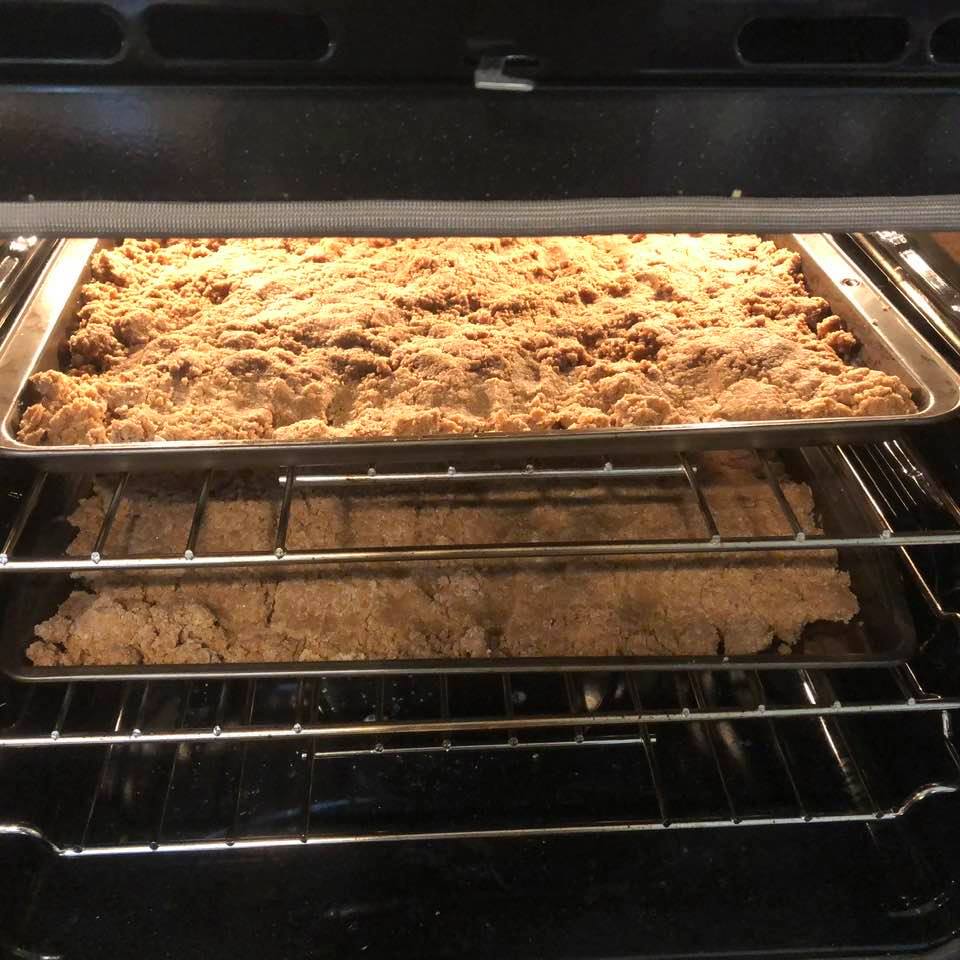 It gets coarse and crumbly....

Store in a sealable container or gallon storage bags. 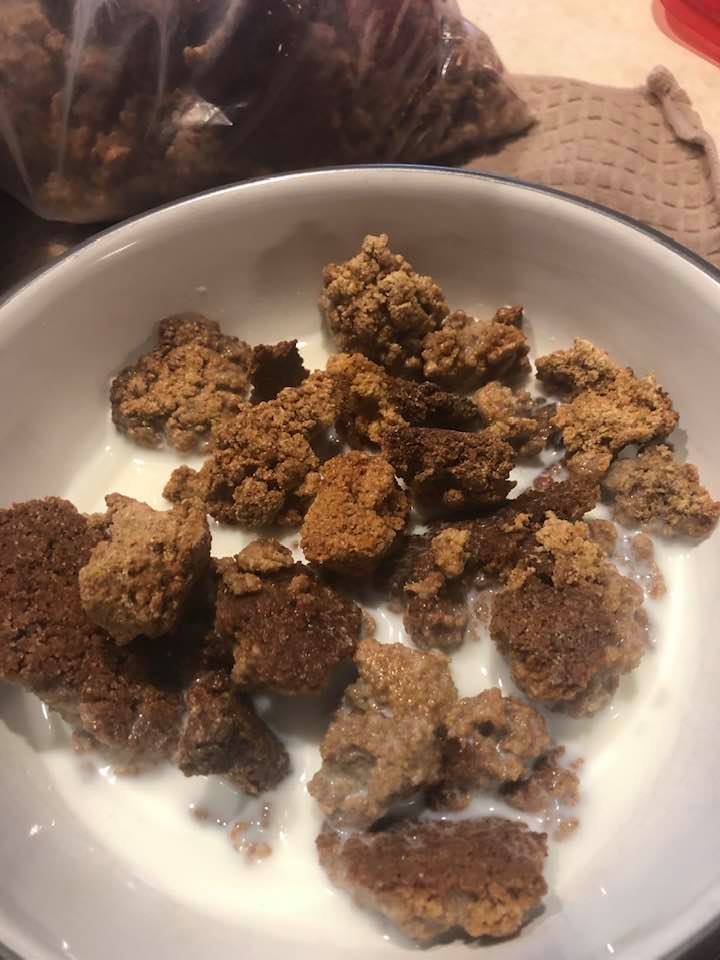 The cereal softens in milk and tastes wonderful.