Doughnuts are a mainstay in Plain kitchens.  I've posted about Amish-made doughnuts plenty of times on this site.  I didn't think there was much more to say about doughnuts. But then Plain Kansas columnist Rosanna sent me her photos of their homemade "cider doughnuts."  Doughnuts flavored with apple cider are delicious.

There's a little Amish bakery up in Michigan that sells cider doughnuts in season and, wow, are they amazing.  You can buy some apple cider in the store and enjoy these cider doughnuts year-round.

Below are some scenes from Rosanna's kitchen as they went through the process of making the cider doughnuts.  And below is a recipe common in Brethren and Amish kitchens for these delectable creations. 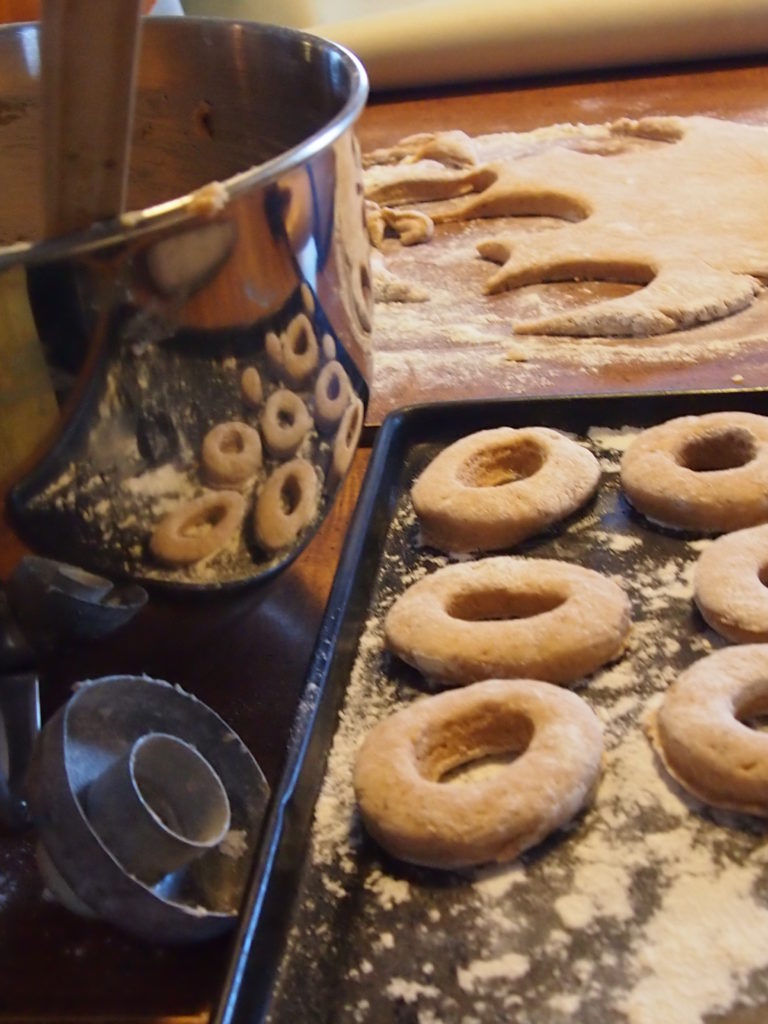 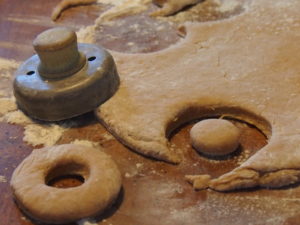 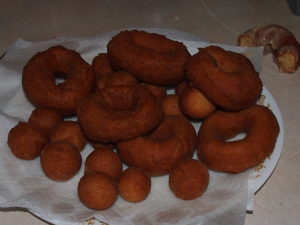 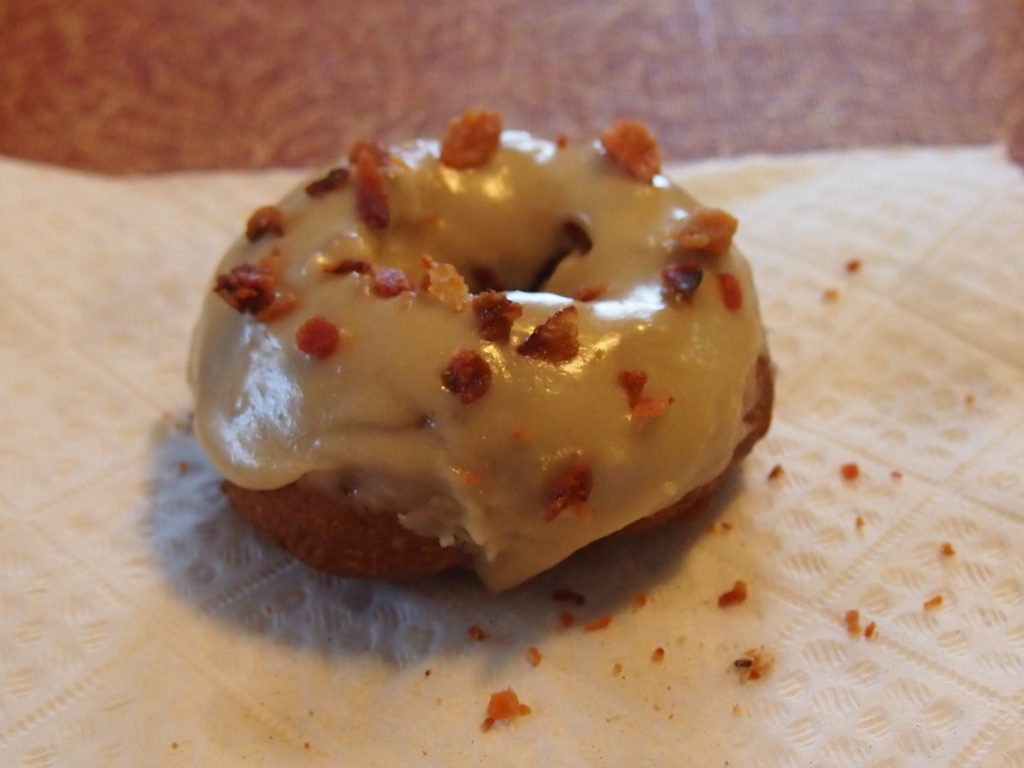