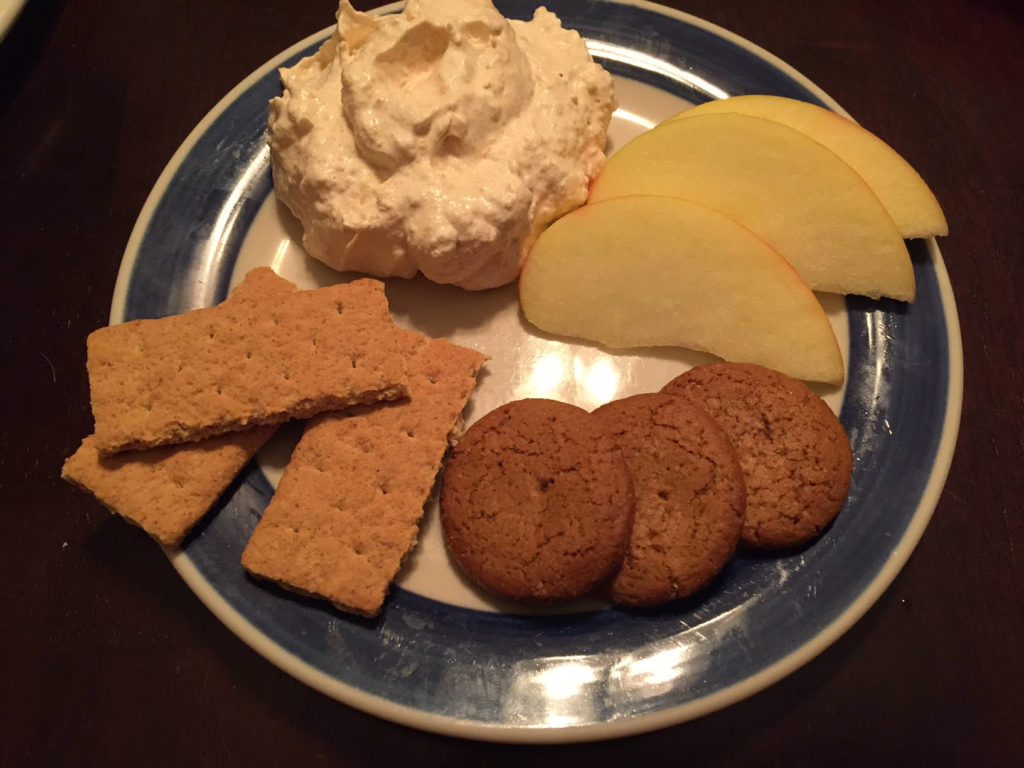 I've written a lot lately about how pumpkin is a late-season mainstay in Amish kitchens.  Homegrown pumpkin pulp finds its way into all sorts of sweet and savory autumn recipes, capped off by that Thanksgiving must:  pumpkin pie.  And who doesn't like pumpkin pie?  Still, a heavy ol' piece of pumpkin pie isn't always appealing when you're already grazing through a gathering.  That is where a dish like this "pumpkin pie dip" is so appealing.  You get the flavor punch of pumpkin pie without the heavy crust.  You can dip an animal cracker, apple slice, or ginger snap into this fluffy dip and get a taste of pumpkin pie without eating a whole slice.  The recipe, which was adapted from Allrecipes.com, is below.   The original recipe called for pumpkin pie spice, but we replaced it with a blend of nutmeg and cinnamon. Yum!