In my travels throughout Plain America I've seen plenty of traditional buggies.  These generally charcoal-black symbols of another era are almost always captivating and charming.   But horse-power comes in many shapes and sizes and there are times when necessity truly is the mother of invention. 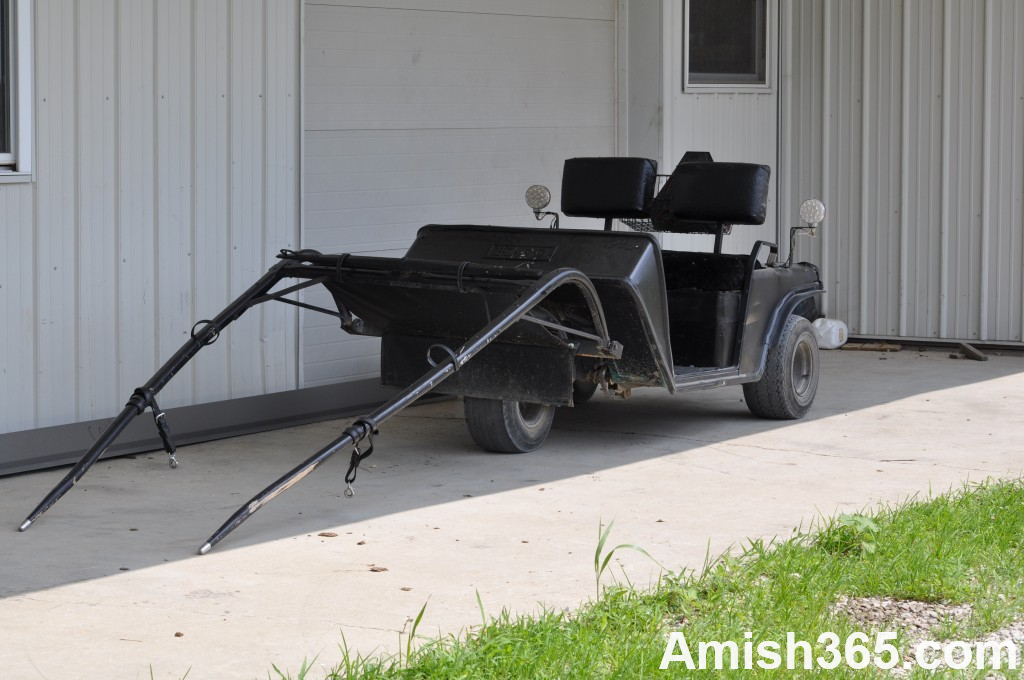 This gets the award for the most innovative "buggy" I've ever seen.  This is a golf cart that has been gutted of its electrical innards, painted black and modified to be hitched to a horse.  This was "golf cart" buggy was seen in Flat Rock, Illinois's Amish settlement. It is owned by an elderly couple in the community. They explained to me that they were having difficultly with the sometimes bone-cracking climb onto a traditional buggy.  They were otherwise healthy and active so if only they had something a bit lower to the ground.  Enter the golf cart.  Since this hit the streets around Flat Rock, other Amish have expressed interest in these for the same reason.  I think 3 or 4 others have been made last I heard. 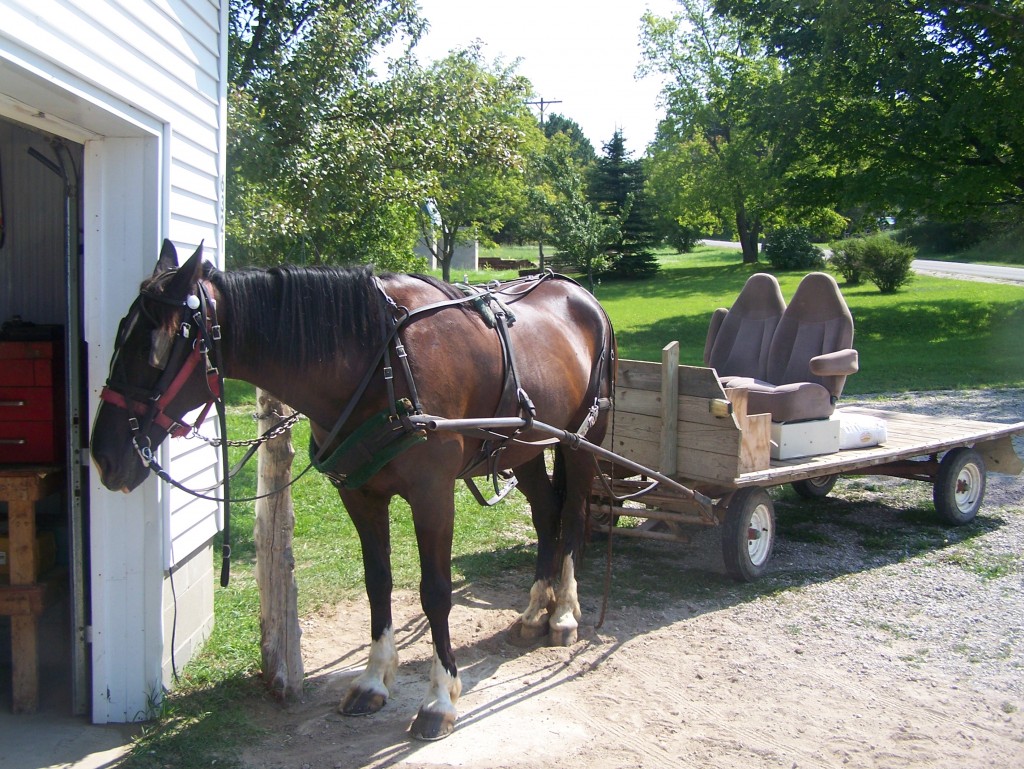 Other times you just need to improvise.  I stopped my car when I saw this buggy in Manton, Michigan.  This family had a covered buggy but they wanted something to enjoy the wonderfully temperate northern Michigan summers.  Who wants to be cooped up in a buggy then?    The Amish woman living at the residence explained the funny-looking "buggy" like this:

“My husband bought these old van seats and fastened them to the cart. It makes for a really smooth ride,” she said.

Then there are "bachelor buggies", ones that are big enough for one.  I spotted this one in Hardin County, Ohio.   The Amish man driving in explained the benefits of such a tiny vehicle: 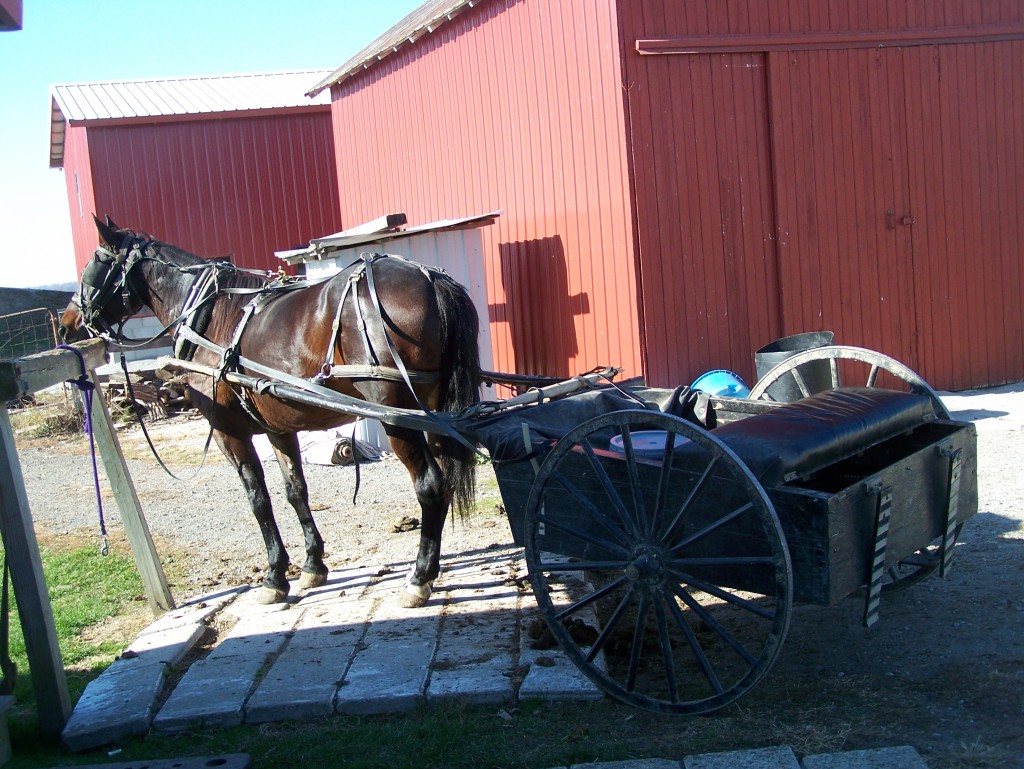 The Amish man who was riding it laughingly told me that the small buggy was his version of a motorcycle.   In other words, sort of a “man cave” on wheels. In some Amish communities these small one-person carts go by the name “gig” and in other settlements people just call them carts. You probably could squeeze two people into this cart, but this is definitely meant for one.  Notice the back of the cart just has grey reflectors.  The wheels are larger than the cart! And there is just enough storage space in the front to carry a bucket of paint or maybe some tools. It’d definitely be a lower to the ground ride and seem like a fast journey than a higher-up heavier full-sized buggy.