We have a packed full Amish in the News today, so let's get right into it all!

Let's begin with a bit of a Carolina theme on these first two:

HILTON HEAD AMISH?  Hilton Head Island is a wonderful vacation spot and is very popular with people in my state, Ohio.  I've gone to Hilton Head many times over the years and once, one time on the southern tip of the island on a beach called Monarch, I spotted two young Amish ladies walking.  Definitely not a spot on the typical travel circuit of most Amish. I wish I had stopped them to talk, just to see where they were visiting from and why.  But now people on Hilton Head who want their Amish food fix won't have to go far.  A sprawling "Amish-style" restaurant will open on the island's south side sometime next year.  The restaurant is, curiously, named Fern Iams, I can't find any relevance or Amish tie to that name.  But the restaurant promises to not skimp on the pie.   Click here to read more about it.

TRIP TO AMISH COUNTRY:    I just thought this was interesting.  North Myrtle Beach is offering $599 tours of Lancaster Coiunty's Amish country. I'm assuming you have to be a resident of North Myrtle Beach to go?  The article never really says.  It's an intriguing idea, though, a city offering tours of places.  The 3-day Amish country excursion will include:  lodging, meals, a theatre production of "Jacob's Choice" and a tour of Amish farmland in Lancaster, Pennsylvania. The cost is $599 per person.  Click here to read more.

LOVING LARD:   This article is on the Lancaster, PA newspaper website and for some of you the article may appear behind a paywall.  I was able to read it, though.  So not everyone will get a paywall, the article just a super job of tracing the history of lard in baking.  Amish cooks traditionally used it in pie crusts, biscuits, rolls, cakes, and more.  Check out this fascinating article here. 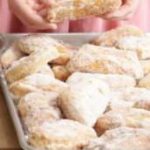 SPECIAL RECIPE - AMISH LARD CAKES:   While on the topic of lard, check out this amazing recipe.   It's like an amazing deep-fried doughnut.  Click here.

MILLIE'S NO-BAKE COOKIES:  Let's check in this week with Millie Otto, an Amish columnist in Arthur, Illinois.  Not only does she share a recipe for no-bake cookies (the cream cheese as an ingredient is intriguing),  but also shares info about the annual Home & Garden expo in Arthur this weekend.  As she says, go for no other reason than the amazing food!  The event is a wonderful way to help a good cause and sample some authentic Amish food like "breakfast haystacks."  Click here to get the recipe for n0-bakes and read more. 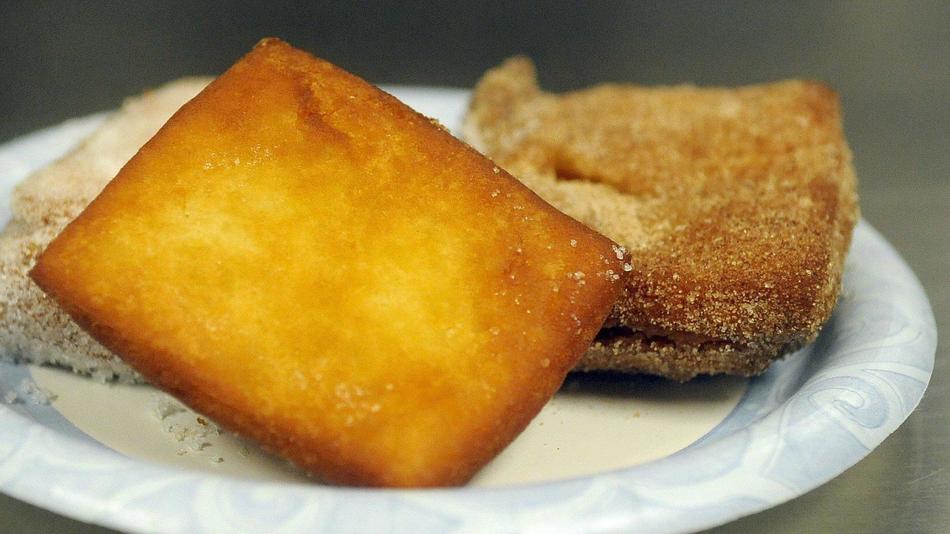 HOMEMADE FASTNACHTS:  Well, tomorrow is Fat Tuesday and that is a day known in some parts of the country for its fastnachts which, like a lard cake, is a deep-fried doughnut.  The Allentown, Pennsylvania newspaper has super food reporting and they posted some authentic local fastnacht recipes this year. Fastnatchts don't have much historical connection to the Amish, but are popular in the larger Pennsylvania Dutch culture. So make these and enjoy tomorrow!