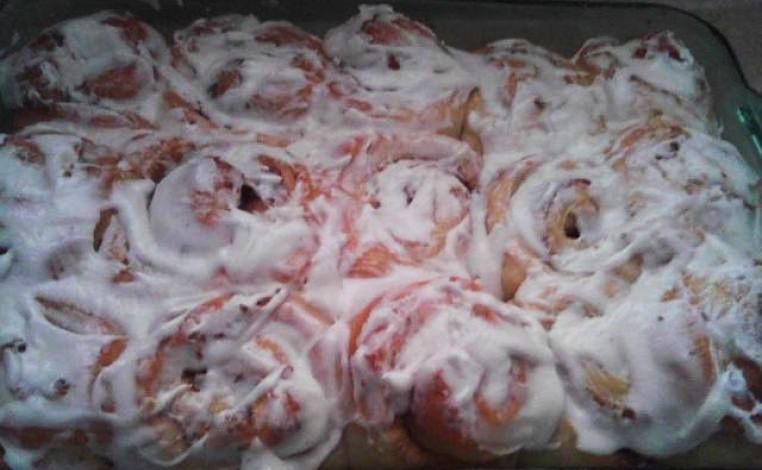 Cinnamon rolls are a favorite in Amish and Brethren kitchens.

Before the spring planting starts, the boys are taking advantage of this semi-spring weather to totally rebuild some fences. Of course, when all the boys are working around the farm, that means they expect food to keep them fueled. Joanna is just coming into her own as a baker, and developing her own signature dishes. The boys are taking full advantage of her new-found proficiency as she is eager to make dishes that she knows will turn out well. “Hey, Joanna, can you make some of those cinnamon rolls? They are sooo good!” Joanna’s latest culinary mastery is her Potato Cinnamon Rolls. I make cinnamon rolls like my mother, and they are very good. Joanna’s cinnamon rolls use an entirely different dough, filling and icing recipe. We were the recipients of several giant bags of instant mashed potatoes, and they have been residing in our pantry for a couple of years. The boys are still traumatized from the single time Mom tried to sneak instant potatoes past them, so we didn’t know what to do with those instant potatoes. Joanna stumbled across an old recipe clipping for these potato-based rolls and dove right in. She messed up and changed up the original recipe so many times that the resulting recipe is totally Joanna’s derivative. Joanna is notorious for not even following the recipe the first time, so we suffered through many failed recipes before she found her stride. It’s good  she persevered, because these last batches have been downright tasty. This is an unusual recipe in that the dough is a batter consistency for the first “proofing” or rising. Also different is the filling is mixed all together and spread on the dough instead of sprinkling in layers as is typical. Although this method is somewhat messier to make, it does yield a nice moist roll, which is very important at our house! 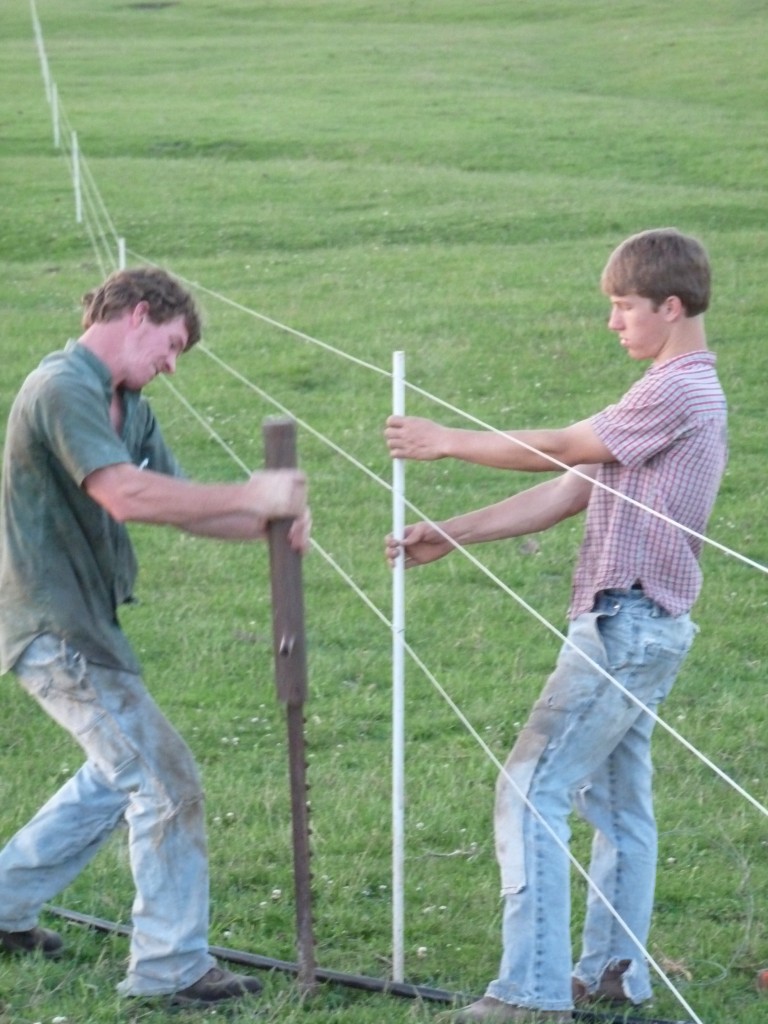 If the boys’ loyalty is won by Joanna’s willingness to make cinnamon rolls, our neighbors hearts are warmed at the sight of the new fence the boys are building. “Good fences”, the poet says, “make good neighbors.” This may seem to be a bit odd: If your neighbor is such a good neighbor, why do you need to build a fence between?’ Think about it: We have wonderful neighbors despite our fence infrastructure aging and failing. Unfortunately, our best bull passed on his favorite pastime of fence-busting to all his offspring… Sometimes our cattle will get the random notion to bust out and see the world, regardJess of how much green grass is in their pasture. We are trying to cull all of the cattle with wanderlust, but it takes time. Our neighbors have been kind when our cattle visited their cornfields, or when the bull wandered through her clothesline. However, we don’t want to push the envelope on how far their tolerance will last, because we like to be able to borrow a cup of flour from them when we get in a pinch. Having good fences definitely helps ensure that you will have good neighbors!

Fences have a negative connotation that we would like to change. Fences are actually a very positive thing.  The West was won, they say, not by the six-shooter, but by the fencing of the open range. This sounds a bit too industrialized, that the freedom of the open range was lost to greed, each rancher staking out their claim. But perhaps that isn’t the whole story. Kansas is legally still a Tree-range state. This means that I don’t build fences to keep my cattle in, but to keep others out! The West was becoming more populated, and that required more structure. Fences were not so much an expression of greed as a  tool  of  fairness.  Water  rights  and  cattle  ownership  were  more  clearly  defined  which fences. Fences were an answer to the range wars. Good fences didn’t only make good neighbors, they created good communities. It’s not the fences, it’s the walls we build that get us in trouble. The walls we build around our animals to keep them confined, that remove them from the landscape, closeting them as an unimportant part of our  existence.

Wallls that keep observers out. Walls lessen our accountability to ourselves and our com unities.

While a cow may think that the fence is what prevents him from getting to that greener grass, it is actually providing a boundary of protection so that predators and vehicles can’t harm them. Nowadays, we have a new barbed wire. We have poly-wire, a portable fencing so that we get the best of both worlds- the structure of fencing with the benefits of the open range. And we have cinnamon rolls to console us when we smash our  fingers.  Give Joanna’s recipe a try!