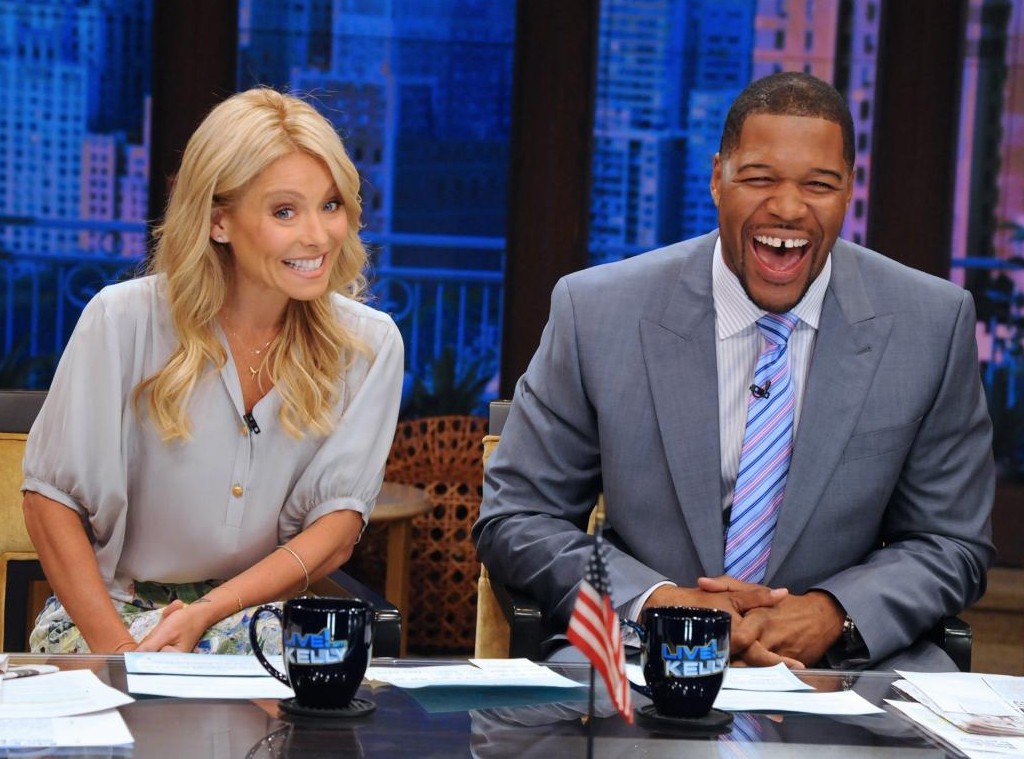 Kelly Ripa and Michael Strahan, back on the air...

I have to confess that I've never watched a full episode of Live! With Kelly and Michael. I'm not sure I've ever watched more than a few minutes, as I am usually working at that hour.  And I can probably say the same for the show's predecessor hosts Regis and Kathie Lee, that's just not a time of day when I usually have the TV on.  Still, it's been kind of - like a freakish car wreck - hard not to watch the drama unfolding with that show.  It does sound like the network handled it poorly in leaving Kelly in the dark about the show's changes.  On the flip side, if I got paid $15 million a year to spend an hour a day talking about my life and chatting it up with celebrities, I think I probably wouldn't make too big a deal about it (which is probably why, in the end, she didn't).

So, did anyone watch the show today? If so, how do you think it went down?