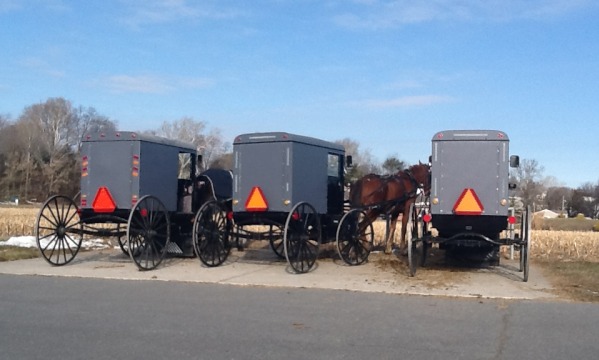 The Amish of Lancaster County are easily distinguished by their gray buggies. 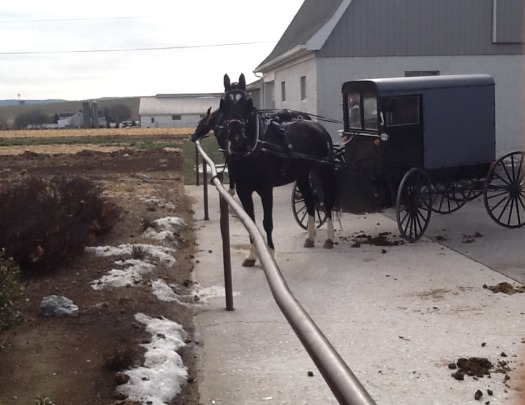 Lancaster Gray Buggies: Thanks to reader Anita for sharing some serene scenes from lovely Lancaster County, Pennsylvania.  Lancaster's Amish country is a good 9 hours from me by car.  You wouldn't think anyplace in Pennsylvania would be 9 hours from anyplace in Ohio, but I am in the western edge of the Buckeye State while Lancaster County is on the eastern extremity of the Keystone State.  So that makes for a rather long drive mostly on the famed and dreaded Pennsylvania Turnpike (most people I talk to seem to hate the turnpike, but I never think it is so bad). So needless to say I don't make it to Lancaster County often.  Still, for being so far away I've probably made 4 or 5 trips there through the years. Not bad.  My first was when I was 19-years-old and I went biking through the county with a friend of mine.  We were visiting a friend who had recently moved to York.  I immediately fell in love with the postcard panoramas and quiet countryside as we pedaled along the winding roads.  So anytime I get the chance to post some photos of this picturesque place, I'm happy.

Old Philadelphia Pike which pokes through Bird-in-Hand and Intercourse is one of the most popular drives through the area, but I love to get off the main roads and just explore.   Lancaster has its "color quirks" just like other settlements.  The most notable are the gray-topped buggies and blue curtains in homes. These are just traditions which have evolved here and are unique to hear.  Buggies in most (not all) Amish settlements tend to be solid black. 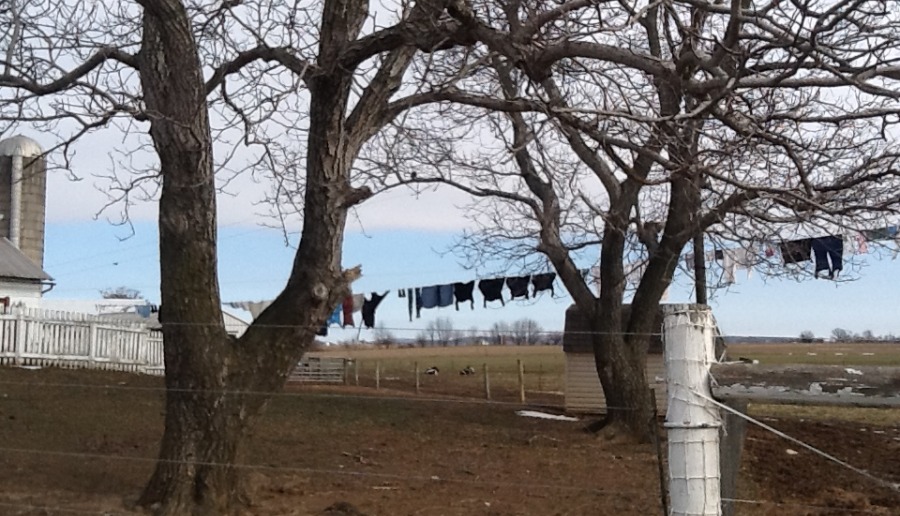 Laundry on lines in Lancaster

If you do, you'll be rewarded with scenes of colorful laundry on the lines, horse-drawn plows out in the fields and children spilling out of one-room school houses on their way to recess.   Thank you Anita for sharing these scenes and I'll be posting more next week.