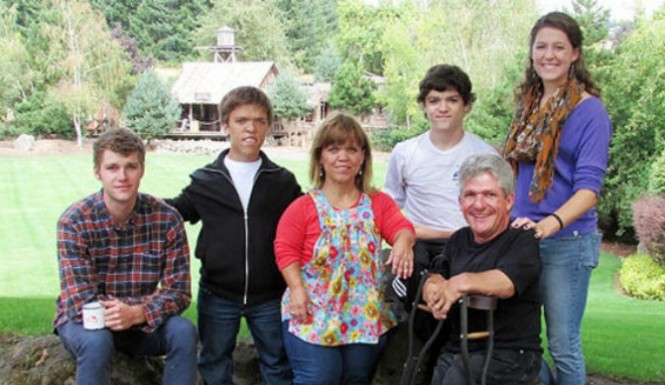 Not sure why I talk about reality shows on this site.  I guess it's just interesting to talk about non-Amish topics from time to time.  And the reality show airwaves have been saturated by Amish-themed shows in recent years so I guess that is how we all got started on the topic here. Amish Mafia, anyone?  No thanks!

So, what is it about reality TV shows that seem to clobber the families that participate?  The Gosselin's marriage imploded.  The Duggars have seen their fortunes sink.  One of TLC's reality show line-up that I always thought was OK, was "Little People, Big World."   But now the Roloffs are splitting as I have seen on the first episodes on this new season.

My wife and I have watched the show over the years and you could sort of see Amy and Matt growing apart over the years as she began a more active speaking career and he just sort of brooded on the farm.  And, of course, their children were growing older and are fleeing the nest.

I do think the show somewhat achieved its goals in showing that "little people" can live a normal life, but I think TLC went overboard with that show, the Little Couple and now, as if short people aren't enough, they are going the opposite direction by airing a show called "My Giant Life" about a 6'7" woman.  Anyone planning to watch?  What do you think happened to the Roloff marriage?

« Signs of The Amish
Homemade Clothespins »