I was traversing eastern Kentucky's "Mountain Parkway" last week and as I rounded a bend I was struck by what I saw: a tiny country church with a bright red roof.  The church probably isn't all that distinctive at other times of day, but I happened to catch it right when the setting afternoon sun was hitting it directly, bathing the church in a warm glow.  And those direct shafts of sunshine just seemed to light up the roof.   I knew I wanted to capture an image of it, so I slammed on the brakes and went on a side road to get closer to it.  But when I did that the angle of the light was different and it just wasn't quite as pretty, so I sped back to the highway, went back to the other direction a couple of miles, did a U-turn and ended up back where I started.  I pulled over on a highway bridge and captured this image.

Eastern Kentucky is religiously rich with a diverse assortment of country churches: Pentecostal, Baptist, Brethren and Unitarian.  This was a little "Free Will" Baptist church, I believe.   The mountains of eastern Kentucky are sometimes painted with a lot of negative stereotypes, but a lot of them are unfair.  I think the people here are blessed with a deep work ethic and an unshakable faith and ability to deal with adversity.  A gorgeous part of the country! 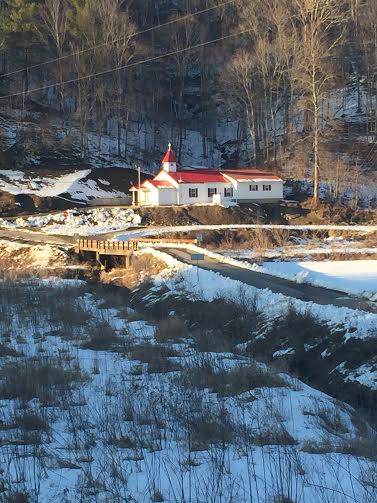 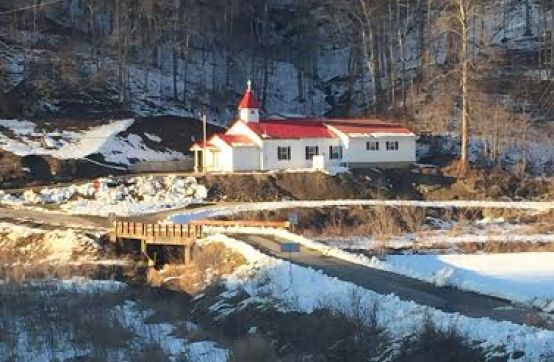